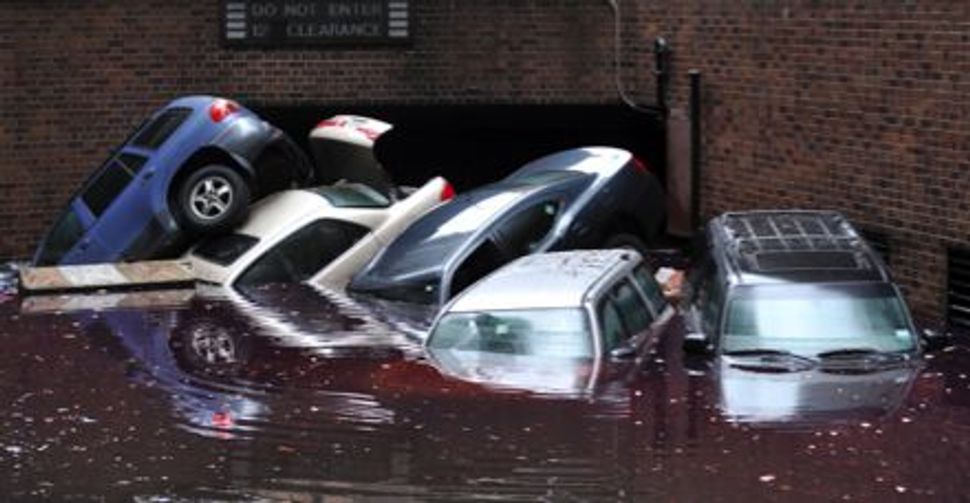 One year ago, much of the Northeast went dark in a violent rush of wind, and the water started to rise. One week after Sandy hit, I wrote about how I spent the days immediately following the storm, eating frozen Rosh Hashanah honey cake and surrounding myself with candles and flashlights. At the time it seemed like a momentary surreal interlude, like everything would eventually revert to normal and all would be righted. For me, and many others, that did not happen.

All I lost in the havoc of that late October night was a car. It is silly, bordering on offensive, to complain about that; the storm took human lives. But in the storm’s aftermath, I got a glimpse of the future, and the new cracks that had opened up for people like me to fall through. 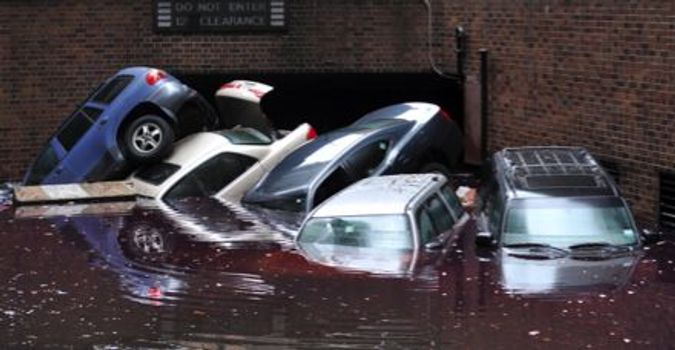 I called FEMA the first night I could. I had tried to apply for aid online. But FEMA’s website equated property with real estate; there was no option for someone who had lost a vehicle. I explained that to the representative on the phone. He said I should have lied.

FEMA doesn’t tell you right way that if you have liability insurance, you are not eligible for aid. I found that out after months of applications and appeals and faxed documents, which I collected in a folder that grew to the size of a phone book of a medium-sized town. I tried not to whine about the bureaucracy. It was understandable, given how many people were affected, and it would all be worth it if the end result was that the loss of my only valuable possession, which I needed to work and take care of my family, wouldn’t financially ruin me. But eventually I was informed that buying decent insurance many years ago meant I was on my own now.

Still, I was prepared to accept that federal money was being distributed to those worse off than I am. If a parent with three children got aid and I didn’t, or if all of FEMA’s cash went to help homeless people off the freezing broken streets, I would have understood.

But the applicants who were approved for aid all around me were business owners, and the owners of beachfront houses. I had naively assumed that when FEMA asked for my income, it meant its assistance was partially based on need. Now I learned it was not

After the initial federal outpouring — over a quarter billion dollars in Connecticut, where I live — was allotted, the state wrangled another $72 million. For a second, my hopes were raised. But the money was reserved for home and business owners. My notions of responsibility (buying liability insurance) and recklessness (building a house a few feet from the shoreline) seemed to be officially upside down. As I write this, yet more money is being promised. It will go towards hardening infrastructure and helping homeowners whose property was not damaged during Sandy prevent potential damage next time.

Now I have a new car. It was one of the cheapest (or possibly the absolute cheapest) models available and the salesman laughed at me a little when I said I wanted it. He also told me stories of whole dealerships that were flooded, all the cars ruined. I suppose I was lucky that a car was available to me nine days after the storm, two days before full power was restored to the house. I was extremely lucky that, when my insurance paid for only part of the cost of the new car, I was able to buy it with a loan from my family, so that if I never make enough to pay it back, I won’t have to declare bankruptcy. The driveway where the old car was crushed has been deforested, and looks oddly naked with its fresh tree stumps and alarmingly clear view of the neighbors.

I still believe that it’s the government’s job to help the people who need it most. I hope that happened, somewhere, in the aftermath of Sandy, even if I didn’t witness it. I hope in the future, the rules are changed. Maybe hope is all we not-wealthy, non-home-owning Americans have in this new future. We borrow, we scrounge, we try to stay warm and we hope for help but don’t expect it. We pull ourselves up by our bootstraps, and let’s hope those boots are high and made of rubber, with warm linings.

In September, for Rosh Hashanah, I made another honey cake. It was as enormous as last year’s, and most of it is still sealed in plastic in my mom’s freezer. I have no money to replace anything if another storm comes. But I have candles and cake.