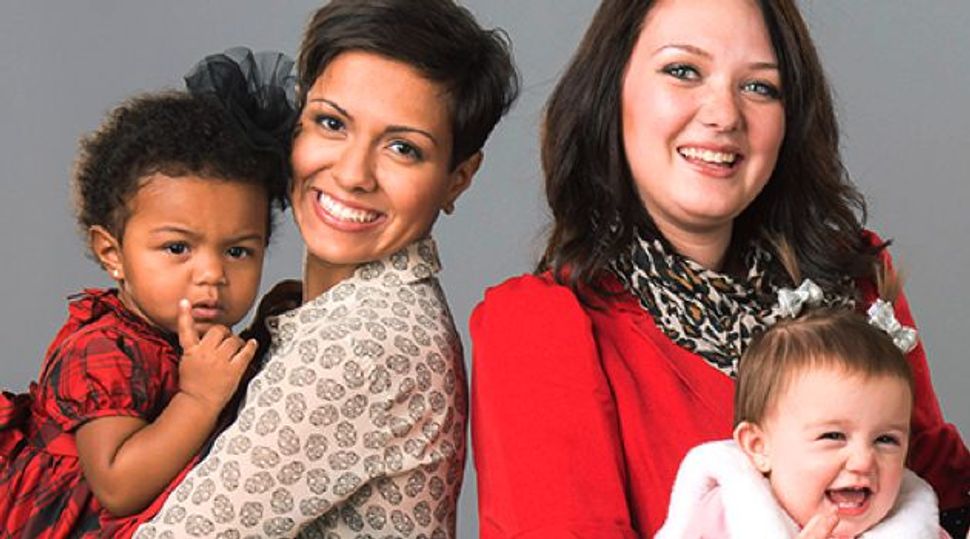 Tonight, MTV will conclude the first season of “Teen Mom 3”. For those of you not aware of this corner of the television universe, “Teen Mom” is the spinoff of MTV’s documentary style show “16 and Pregnant”, which follows one girl per episode through 5-7 months of her experience of pregnancy and parenting. “Teen Mom” chronicles the first years of motherhood for four of the girls from “16 and Pregnant.” This season, those four are Mackenzie Douthit, Briana DeJesus, Katie Yeager and Alexandria Sekella

I’m going to say something controversial about “Teen Mom 3”: it is the smartest and bravest season of the show so far. The content of the season isn’t different from what we’ve seen before; it deals with all the typical “Teen Mom” struggles — with finances, education, parents, friends, independence and relationships with the babies’ fathers. What’s new and notable is the frankness and freshness of the analysis offered by the girls regarding motherhood and stigma.

On a recent episode of “A Closer Look,” the interview show that follows “Teen Mom 3” every Monday night, host Su Chin Pak asked the girls, “How do you think you’re measuring up to the kind of parent you thought you’d be?”

“You’re kind of shy about being a parent to your child in public,” said Katie, 20, mother to two-year-old Molli. “If you see an older couple out with their kid and their kid is misbehaving, you just think, ‘Oh, that’s a bad kid. If you see a young parent with their kid out in public, it’s ‘she’s a horrible mom.’ It’s always your fault. It’s ‘Well, this wouldn’t happen if she were older.’”

“Something just totally shifted for me,” said Pak, in response. “I learned something.”

This is the show I want to see every week, in which the girls unpack not only the challenges, but the stigmas and the systems that make it even harder for young parents to succeed, and their honesty blows my mind.

If there were any pregnant teens in my high school, I wasn’t aware of them. (One of my high school friends actually did remember a girl who had given birth; she left our largely wealthy suburban high school in ninth grade, it wasn’t clear why.)

The message that I received growing up was that if you had a baby while you were in high school, your life was ruined. No one would, or should, make the choice to parent before they were out of college — that sort of behavior was for “other people.” (Read: people who were not white, who lived in the “inner city,” who did not have money or look like they had money. People who were not Jews.)

But teens do parent, every day, despite efforts to shame them, teen girls in particular. How successfully they are able to do so doesn’t depend on them alone — it can’t. They need support networks, they need people rooting for them and for their kids in real ways and that includes listening and calling out those who stigmatize teen parents for not being fit for the job. Reproductive justice means that all decisions — adoption, abortion and choosing to raise your child yourself, no matter what the age, are to be honored, not stigmatized and disparaged. In other words, we don’t to get to make the call on at what age someone decides to become a parent. If they’re opting into it, a 16-year-old deserves as much support as a 30 year old.

In her 2011 blog post for the Sisterhood, Lilit Marcus pondered why none of the “16 and Pregnant” girls we’d met so far were Jewish. At the end of last season, number four, there were still no confirmed appearances of Jewish girls on the show.

So where are we? We can believe that as Jews, “16 and Pregnant” and “Teen Mom” don’t have anything to do with us, with our girls, and statistically, fewer Jewish girls might getting pregnant in their teens than the general population. We can speculate on the reasons — Marcus does in her piece does. But the truth is that Jewish teens, even Orthodox teens, have sex. An anonymous guest post on Hannah Katsman’s website offers a glimpse of one woman’s experience as a pregnant Orthodox eighteen year old.