Throwback Thursday: A Yiddish Actress of Many Names 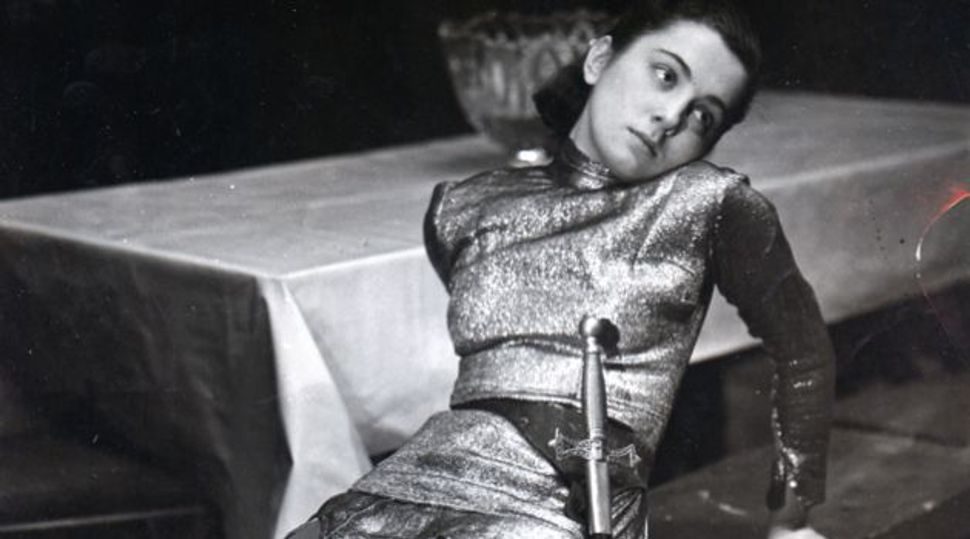 Shaindel Kalish is pictured here, in 1934, in her role as Manuela the young heroine from the acclaimed Weimar production “Madchen in Uniform,” which was translated and re-staged for American audiences as “Girls in Uniform.” (First produced as a film in Germany in 1931, by Christa Winsloe, it was directed by Leontine Sagan and noted for its pro-lesbian storyline.)

The daughter of Yiddish theater producer Abraham Kalish, Shaindel transformed herself many times as she journeyed into American pop culture, first going by Ann Preston, then Judith Blake and finally as Mrs. Charles K. Freeman when she married the noted producer, who worked with Mae West.

In 1933, she starred on radio’s “Jack Armstrong, The All American Boy” and NBC’s radio-horror show “Lights Out.” As Ann Preston she was featured in Universal’s 1936 film “Parole!” and as Judith Blake she acted in a 1945 made-for-television version of “The Bourgeois Gentleman.”

Throwback Thursday: A Yiddish Actress of Many Names