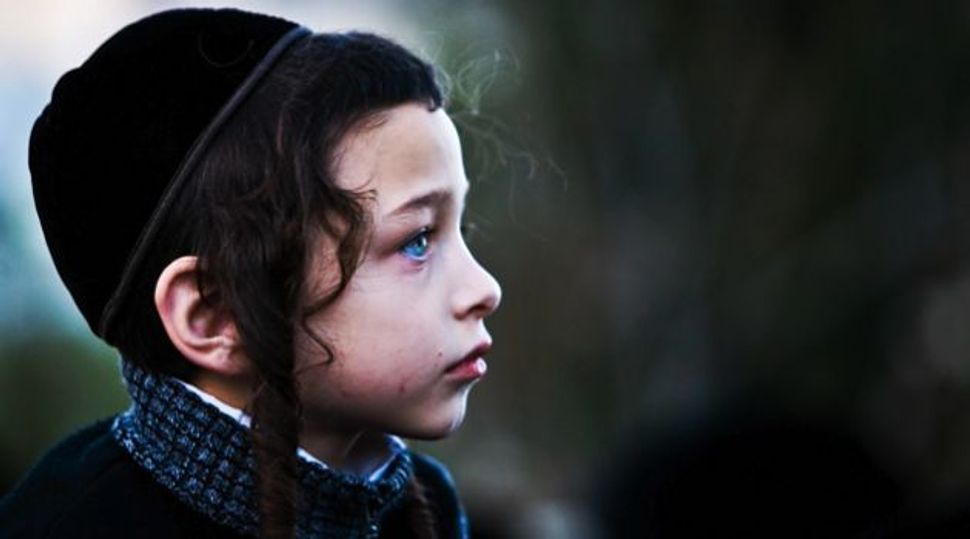 My 9-year-old son hates school. I explain to him that “hate” is a strong word used only in rare instances, and that school — as awful as it may seem to him — is essential to pursuing a career as an adult. I explain to him that education is power, that I would have given the world to be a child again and experience the joys of a “real” education. He loves to take me on a guilt-trip several mornings a week — a trip that begins with him saying “I hate school” and ends with me saying, “You’re going anyway,” and then follows with a post-school, “You know, mom, I don’t learn anything in school because I already know everything.”

The other night, while chowing down on leftovers from previous night’s dinner and scrolling through my Facebook feed, I came upon this video of young boys in the ultra-Hasidic (there is a new pejorative for you, Rabbi Shafran) sect, Lev Tahor, who can barely answer even the most basic English questions about where they live or what they study. I watched it with amusement, spitting bits of breaded chicken breast while letting out huge roaring laughs. My husband, who was sitting on the other computer going through his Facebook feed (we’re that kind of couple), scooted up to have a peek at the comedy on my screen. We both agreed that the video was a tragicomedy and that my laughter was not inhumane; we also agreed that, at the age of 13, my husband would have needed assistance answering similar questions. Educational neglect is just as rampant in Kiryas Joel, the insular epicenter for Satmar Hasidim where we grew up.

Lev Tahor is a small fundamentalist Hasidic sect that has made its home in an isolated area in Chatham, Ontario, in rows of identical houses. The community of roughly 40 families, led by their Jim Jones-like leader, Shlomo Helbrans, made the headlines recently as children were removed from their parents care by Canadian child protection services, citing neglect and physical abuse. The jury is still out on what exactly is happening inside the homes of members of this tight-knit cult, and I suspect we will never truly know.

Once again, they are fleeing to avoid the justice system. In the face of child neglect and physical abuse charges, the issue of educational neglect seems insignificant. But as the video indicates, it isn’t. These boys are lacking the basic language tools to take one step out of the community, to communicate with anyone outside their community. But this is not unusual for insular Hasidic communities. They’re an easy target, given their radical history, but how many states can a boy of the same age in Kiryas Joel name? Can they name their body parts? Do they know what science is? Can they answer if they enjoy studying math?

The answer is no, no and no. Young boys in Kiryas Joel and, to some degree, in Satmar Williamsburg, are about as illiterate as these boys. They may have a slightly better understanding of the vernacular language, but they certainly cannot answer questions of the sort the reporter was throwing at Lev Tahor boys.

Last summer, when I interviewed Hasidic men and women who grew up with little to no secular education, I remember feeling angry at this system that churns out, intentionally, boys who cannot speak or read English — the first step in acquiring basic skills to function as an adult in the 21st century. The words one brilliant man used to refer to educational neglect in Satmar is still ringing in my ears: “This is criminal.”

Indeed, it is. Educational neglect of this magnitude should be considered criminal. No community in America should be allowed to perpetuate such inattention to the wellbeing of children.

Watching this video made me think of the countless times my husband and I explained to our children why we don’t know certain basic concepts or historical facts, why my husband never learned how to punctuate a sentence. We talk freely about our childhoods and our desire to see them, our children, receive a solid education. We explain that education is power, and that it is the single driving force for human progression. We speak of our pride in their academic achievements and demonstrate its importance by asking questions about subjects we don’t know.

The next time my son says he hates school, I will play him this video. Hopefully he will get the message.