I’ll Miss Barbie When She Goes 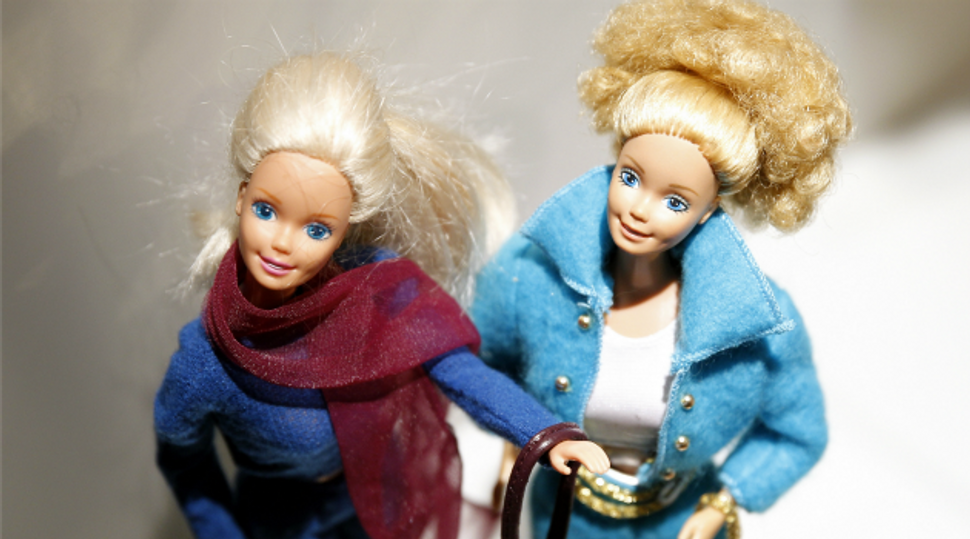 It’s probably a good thing that Barbie’s days are numbered, as Elissa Strauss noted. But would you believe me if I said I was a little nostalgic, a little wistful? Rarely do you encounter a self-identified, fairly radical feminist who also hand-wrings over the demise of doll-playing, but as I’ve noted before I’m such a paradox. I owned dozens of Barbies as a child, and played with them frequently, and I also loved American Girl dolls, paper dolls and Madame Alexander dolls. And yet, by third grade I was already identified as the class feminist. At my birthday parties, one classmate would present me a pink-clad, anatomically impossible Barbie, while another would gift me a book about “great women of history.” They’d both be welcomed.

To absolve mom and dad, I’ll note that my first Barbie arrived against their inclinations. She was a passive-aggressive gift from a family friend. Memory tells me that I liked this Workout Barbie, in a green bodysuit with leg-warmers, okay, but it was Astronaut Barbie who sowed the seeds of a love-affair. She had thigh-high boots, a helmet, and a shiny purple and silver get-up with power shoulder-pads. In the 80s, you see, Barbie along with our moms was trying to have it all. Next came Doctor Barbie with her toy stethoscope and white lab coat.

My collection grew each birthday and Hanukkah, encompassing Barbie’s posse of multi-ethnic friends. These non-Barbie Barbies vaulted to being protagonists of my made-up sagas, because they stood out. I knew that the different girl ended up being the heroine. The more blond and generic Barbie was, the more likely she was to be cast as a villain — thus poor Workout Barbie became truly depraved before she eventually lost her head.

My friends and I would come home after school, spread our Barbies out on the floor, and begin elaborate scenarios that ended on cliffhangers, lasting from playdate to playdate. The stories often imitated the books we were reading in school or at home, so she didn’t go shopping on my watch. And that’s where the feminism comes in — we were already being raised to see the horizons as unlimited, so why would our dolls do anything mundane? Not only did doll-playing fail to hinder the birth of my feminist-consciousness, but I think it helped, by encouraging my imagination.

Do I lament the gender stereotyping and the unrealistic body image that goes along with the Barbie world? Yes. It didn’t boost my self-esteem when I hit puberty and wondered where acne Barbie, braces Barbie, uncomfortable-in-her skin Barbie had been. But the games I played with my dolls helped me envision daring, limitless lives for women and girls. They encouraged my friends and me to create, and manage, our own universe, amusing ourselves for hours when we weren’t absorbing messages about what we should buy and who we should be from TV commercials.

Ironically, by engaging in imaginative play into the late primary-school years, my friends and I avoided some of the earliest pressures of teenage gender roles: we weren’t buying lipgloss and trendy shoes yet because we were still focused on the hi-jinx of our plastic friends. So I’m happy about the idea of less skinny, more diverse dolls replacing Barbie in the marketplace — as Elissa writes, but sad at the notion that dolls might exit the landscape of girlhood. When girls play with dolls, you see, they get a chance to practice running the world.

I’ll Miss Barbie When She Goes