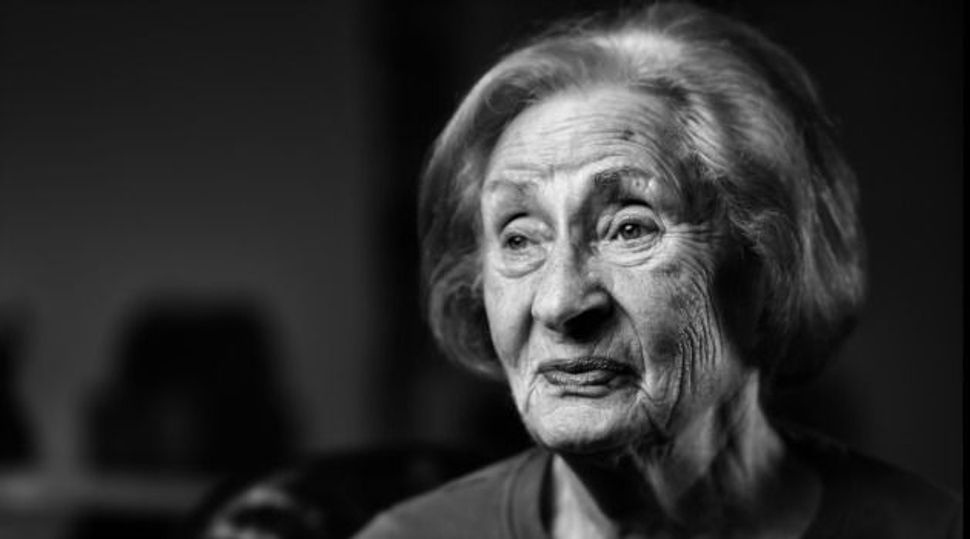 (Reuters) – “The trains were jam-packed,” recalled Susan Pollack. “Old people, young, mothers, many children. My mother, brother and I. No one spoke.”

“It was hot, no air to breathe. Stench, moaning, that was the atmosphere. I think we were about 80 in the cattle wagon. When we arrived – and we didn’t know where we’d come to – when the doors finally opened, whoa, hallelujah, fresh air.”

The year was 1944, and Pollack had arrived at Auschwitz, deported from Hungary among a wave of Jews sent to their deaths.

Seven decades later, Susan, now 84, was one of around 300 survivors of the Nazi German death camp who made the trip from their adopted homes to commemorate its liberation by Soviet troops on Tuesday. Unlike many others, she was returning for the first time.

The trip from London, where she now lives, to Krakow, southern Poland, near the site of the camp, was no less daunting than the original one, said Pollack, whose surname was originally Blau before she married. She spoke to Reuters by phone before leaving London and again on arrival.

“As I was leaving Britain, I also left the sunshine behind, and the whole sky became shrouded in clouds. And I suppose that kind of represented my trepidation, and my fear of coming closer to Auschwitz again.”

Pollack was just 13 when she was sent on what she described as “the journey to nowhere, to hell, or worse”. On arrival, her mother was murdered in a gas chamber, and her brother forced to join a group of prisoners disposing of victims’ bodies.

Pollack was put in barracks with around 800 other girls, where Nazi doctor Josef Mengele would regularly examine their naked bodies, looking for victims for his brutal experiments.

“Herr Mengele? Handsome looking guy, you know, sitting at a podium, a stick in his hand, deciding – left, or right,” she said, describing the selection process.

After 10 weeks, Pollack was sent as slave labour to an armaments factory. “I was lucky,” she said, explaining that she was only able to survive thanks to the food rations she received there. She was later freed by the British army.

On Tuesday, Pollack was confronting the horror once again. Asked if she had not found it too difficult to come back to the place where her mother, and many other members of her extended family, were killed, she replied that it was “much harder not to do it”.

“I want to see it. Because I have no graves, no plaques. I’ve got nothing, just names in my head.”

“If at all possible, I’m hoping maybe some relief will come,” she said. “And I want cry it out, because back then crying in the camp meant weakness, and weakness meant death.”

On the morning of the anniversary, Pollack visited one of the camps, where she went inside a gas chamber.

“It was freezing cold in there. I imagined standing there, naked, waiting for the warm water to come through,” she said.

“I had imagined that it would bring me closure,” she said, referring to the visit. “But it’s devastating and inescapable, and I’m waiting for eternal justice for whoever had planned and designed this.”