The Jewish Woman Who’s Seriously Planning To Live on Mars 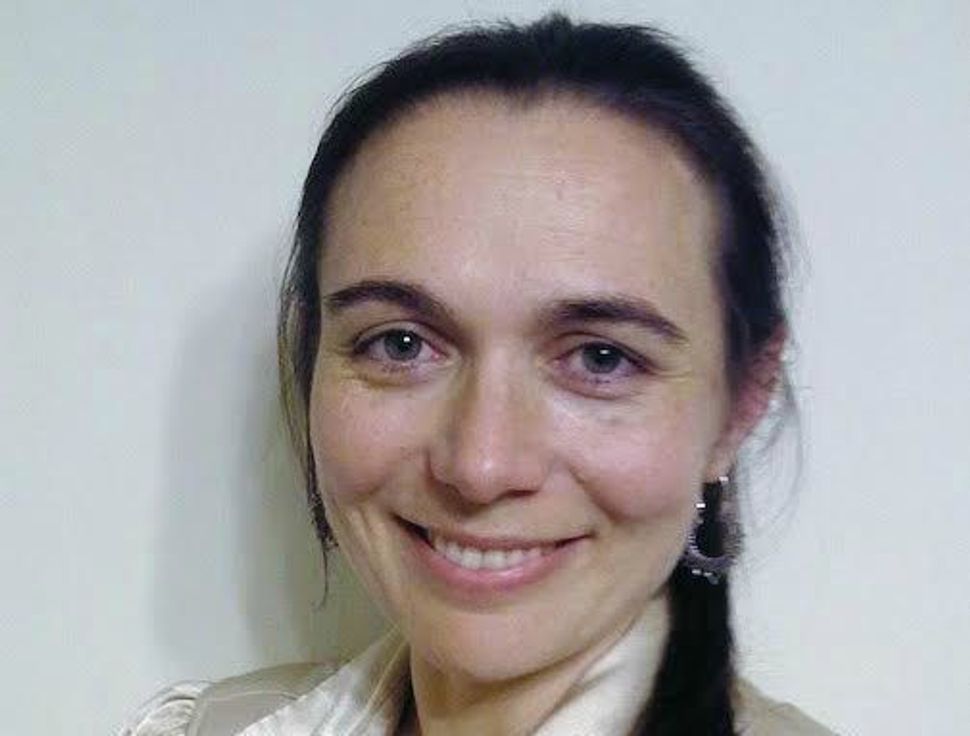 Gifford, 36, will join five other crew members in the NASA-funded Hawaii Space Exploration Analog and Simulation (HI-SEAS) habitat for a simulated space mission to Mars, slated to launch on Friday, Aug. 28. For the next 365 days, she and the others will be isolated inside a geodesic dome that’s 36 feet in diameter.

Perched on a slope 8,000 feet above sea level on the Big Island of Hawaii, the two-story habitat simulates space missions, to help identify risks associated with long-term human space exploration.

Last week, Gifford was at St. Mary’s Medical Center in San Francisco to film training videos for non-medical crew on how to treat injuries. A Los Angeles native who grew up in Berkeley, California, and now lives in St. Louis, Gifford will serve as a medical doctor, neuroscientist and habitat journalist for the mission, her second, having completed a stint at NASA’s Human Exploration Research Analog in the spring.

This HI-SEAS mission to Mars — longer than any of the previous three — has several purposes. 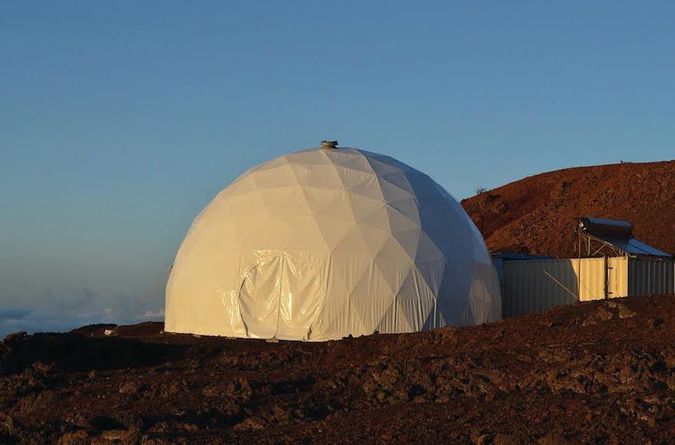 “It’s about psychology, logistics, science and maintenance,” Gifford said. “We’re looking at what you need to feed and water people for a year, how much science you can get done and how the crew manages” in about 1,700 square feet of living space.

The crew includes a field biologist, a fluid physicist, an astrobiologist, a spacecraft engineer and a space architect. HI-SEAS researchers are working to develop effective team composition and support strategies for traveling to Mars and back, which is estimated to be a three-year journey.

As the only Jew on the crew, Gifford says she faces several specific challenges. “Being a Jew is a community activity, a group effort. Any individual work you do, such as being a thoughtful, contemplative and helpful person, you do in the context of the whole world,” she said. “Also, there will be no other Jews to celebrate [Jewish] holidays with.”

In post on her blog titled “A Shtick by Any Other Name: Being Jewish on Mars,” Gifford explores being the only Jew on the mission. In it, she quotes Rabbi Josh Breindel, a friend of hers since high school who now is at Temple Anshe Amunim in Pittsfield, Massachusetts.

Gifford also shares another blog with crew members, where they write about the mission.

Breindel asks: “When you’re in a space station that circles the Earth every 90 minutes, experiencing multiple sundowns daily, when, precisely, do you get your Jew on?”

“Probably I will light the candles — or turn on the electric candles, as I am not going to make fire in space — on Hawaii time, the same time as our ground control,” Gifford said. “Though of course at that time I might be in the middle of a space walk or doing surgery or cleaning the composting toilet.”

Fortunately, Gifford looks forward to sharing some Jewish rituals and history. “None of my roommates at Berkeley were Jewish, and I managed to bring others there into the fold,” she said.

Participation in the HI-SEAS mission is the fulfillment of Gifford’s childhood dream. “I always wanted to be an astronaut, because being an astronaut is being a hero, a leader, having the ability to spread the word about how cool science is,” she said.

“As a society, we should choose to invest in space the way we invest in schools or roads. It elevates us as a species, gives us the tools and the motivation to come together to do big things.”

Whether or not Gifford actually gets to Mars, she is not at all worried about being confined for a year during the simulation.

“Mentally, physically and socially, I have no concerns,” she said. “Only curiosity.”

The Jewish Woman Who’s Seriously Planning To Live on Mars