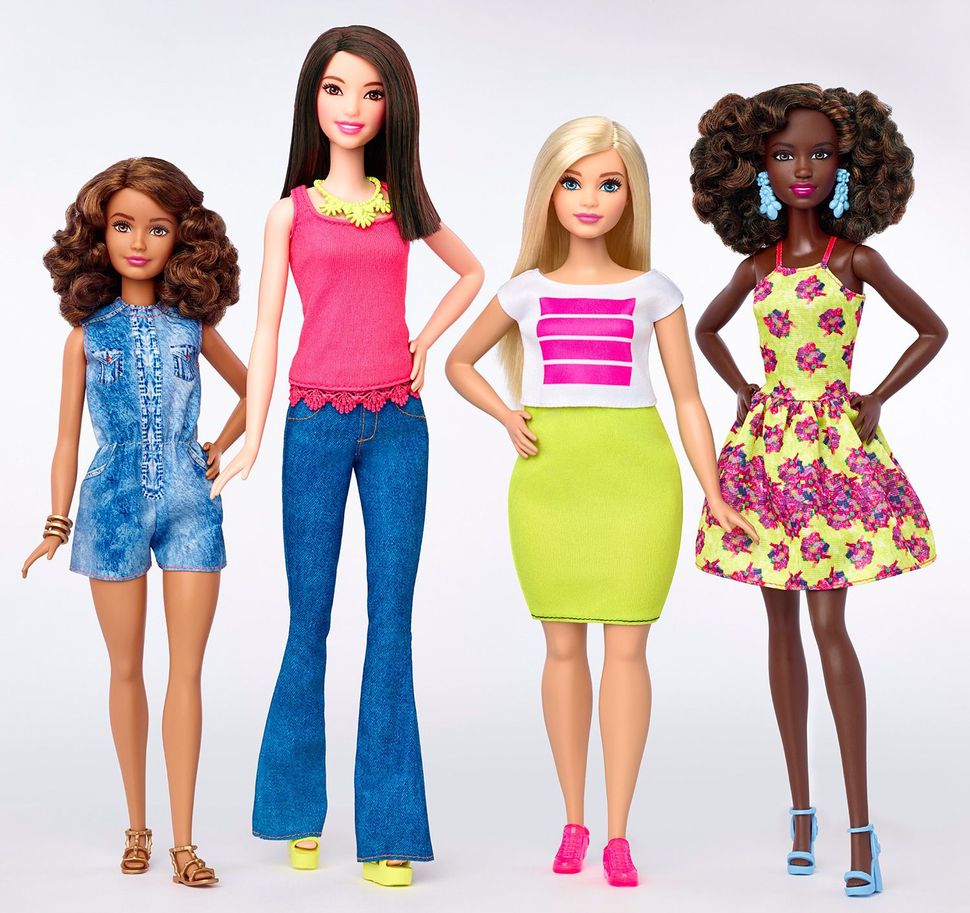 Barbie just got a makeover. In , Mattel announced that the doll – once frozen in time like a carbonite Marilyn Monroe only skinnier – will now come in different sizes and skin tones. Some are saying the change comes too late but I for one am happy. I tried my best to raise a Barbie-averse daughter and failed miserably.

By the time my daughter turned three, she was obsessed with pink and princess. All my gender-neutral efforts were obliterated by about three seconds of pre-school. Mari – now four – was instantly attracted to the princess culture – the princesses, the accessories and anything that sparkled. It was so immediate and absolute that the only way to have kept her pink-free would have been to lock her away from any external influences. And that’s pretty much the plot of half of the princess movies, so perhaps there’s no way for mothers like me to win this battle.

Consider Barbie. Ruth Handler famously created the busty doll back in 1959, when feminism was in its sleepy period between getting the right to vote in 1920 and Betty Friedan’s “The Feminine Mystique” in 1963. Over the years feminists have critiqued Barbie’s impossible looks and porn-star proportions. The argument goes that giving girls a doll which exemplifies an impossible beauty ideal could play a role in eroding their self esteem and self belief. In a world where way too much focus is placed on women’s looks, can a popular too-beautiful doll harm girls?

Mattel consistently dismissed the criticism publicly, but they were apparently listening. In 1973, Barbie was released as a surgeon. She might have been sandwiched in between a flight attendant and Miss America, but at least she was dressed in scrubs.

But even as Mattel expanded Barbie’s career choices, they never expanded her waistline. And why should they have? They were profitable. In America, money dictates the market – not feminist theses or socially progressive ideas. Mattel had no reason to change Barbie.

Until they did. Mattel’s sales have been falling since 2011. In what seemed to many (including me – I mocked them here) to be a desperate move, Mattel paid Sports Illustrated to have Barbie appear in its swimsuit issue. Instead of addressing the women who said that Barbie was increasingly out of touch and a relic of an unreconstructed, pre-feminist era, they decided to ally themselves with grown men who like to look at models in bikinis. It was super creepy.

What was Mattel’s biggest mistake? Some of those women are mothers. And because it’s never really a 50/50 household split between women and men – at least not yet – we’re generally the ones buying the toys.

“My whole philosophy of Barbie was that through the doll, the little girl could be anything she wanted to be,” Ruth Handler once said in defense of the toy. “Barbie always represented the fact that a woman has choices.”

We sure do. We bought fewer Barbies as the years passed, choosing other dolls and toys instead. And now 57 years later after she was first introduced, Barbie will better reflect our authentic collective images rather than the 1950s male-driven white bimbo ideal. One of the Barbie defenses was that since girls like to use dolls to role play, Barbie helped stimulate and expand young imaginations. Obviously, girls can role play just as well with dolls that look more like real women.

And as my daughter is still neck deep in princesses – and loves Barbie – I realize now that there is a way for women to change that culture. We can influence the market. Like with Mattel, there might be resistance and it might take a while, but if we organize and make the right choices, it does have an effect. In 2014, Mattel’s hashtag for the Sports Illustrated campaign was #unapologetic. For the the new 2016 Barbie, it’s #TheDollEvolves.

Welcome to the 21st century Barbs. You look great.