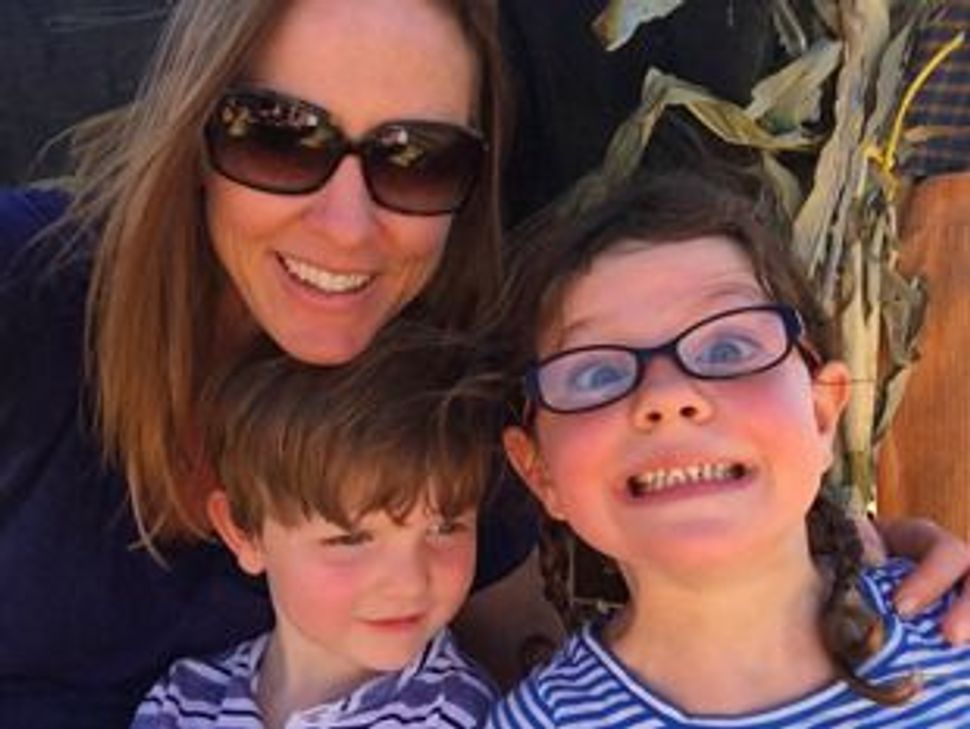 According to a recent article by Rebecca Traister in New York Magazine, single adult women now outnumber married women in the U.S. Single women, Traister tells us, “are now leading full professional, economic, social, sexual, and parental lives on their own.” They’ve also become a powerful force in this year’s election.

Single mothers, however, are not faring as well their childless counterparts. Single mothers “account for one-quarter of US households,” and yet “earn incomes that place them well below married mothers in the income ladder,” Aparna Mather, Hao Fu, and Peter Hansen assert in The Atlantic Monthly.

The San Francisco Jewish Women’s Fund has become concerned by recent national studies exposing the decrease in incomes among single mothers. And what about Jewish single mothers in the relatively affluent Bay Area?

Our women’s fund is a new giving circle, launched in 2015, supported and guided by the San Francisco-based Jewish Community Federation and Endowment Fund. While our mission is to help Jewish women and girls all over the world, we are all too aware that the Bay Area has one of the highest income inequality rates in the nation. Helping Jewish women and girls in our backyard became a priority.

We reached out to many local experts to see what they could tell us about Jewish single mothers in the Bay Area, but came up with little information. All indicators pointed to the fact that these women were hidden from view, largely off of the radars of our wonderful community organizations. We decided to commission a study to help fill in some gaps and to learn what needs were not being met.

We hired HMA Community Strategies, a leader in the field of health, human and social service research. HMA helps to build healthy, equitable and sustainable communities. In partnership with the Federation, they conducted 18 phone interviews with community leaders and held five focus groups with 40 single Jewish mothers of varied backgrounds.

The results were eye opening and upsetting. The majority of the single mothers HMA surveyed were highly educated (similar to Traister’s findings on single women). But here’s where things sharply differ: the average salary of the Jewish single mom HMA surveyed was $50,000 a year as a full-time employee. They were barely making ends meet in one of the most expensive regions in the country.

Furthermore, the majority of the women HMA surveyed felt isolated from a community that they felt valued a two-parent family structure. Many expressed feelings of being left out of Jewish organizational “family events.” They all had a strong desire to build Jewish community for themselves and their children, but felt there were too many barriers preventing them from doing so. Cost was really their number one hurdle. Many women said Jewish life was simply too expensive. And, even when scholarships and sliding payment scales were available, many were embarrassed by always having to negotiate and always feeling like recipients of charity.

The Jewish community could do more to recognize the particular needs of single moms and to promote diversity — helping to ensure that single moms feel welcome, and their families included. There is often inefficient programming sensitive to single-parent needs such as: childcare, transportation, convenient location and timing of events and meetings, and the lack of a central resource.

The collaborative process of the study was a great first step toward increased engagement of single moms in the Jewish community, and increased recognition of their needs. But our women’s fund realized the survey was not enough.

Through a webinar with over 60 Bay Area Jewish agencies, we shared the results of the survey and several of the single women from the focus group bravely shared their stories of feeling alone and isolated from the community. Our fund has posted a petition on Change.org to raise awareness and momentum around this issue — you too can help by signing and sharing this on social media. In the petition, we promise to create a more inclusive community and we ask others to do the same.

Our hope is that Jewish organizations in the Bay Area revisit their policies, payment structures, and marketing materials to be more sensitive and inclusive to single mothers. And we are already seeing early successes: 14 local organizations responded to our request for proposals to serve Bay Area single Jewish moms, and we have, as of this month, approved grants to five groups that are seeking to build innovative new programming.

In some ways, I’ve taken my Jewish life for granted. It’s been readily available to me. My husband and I send our kids to Jewish summer camp; our older daughter became a Bat Mitzvah two years ago, and our son is to become a Bar Mitzvah this May. With my husband’s help, we are able to manage all the driving and carpooling not only to and from school but to all the kids’ afterschool activities, including Hebrew school and pre-Bnai Mitzvah meetings. Our family is also able to make room in our busy lives to volunteer in the community where we have met so many wonderful people and which has enabled us to build an even stronger community around us. We take full advantage of the wonderful Jewish programs offered in the Bay Area.

I love our Jewish community. But it should be accessible, affordable, and available to everyone.

Julie Levine is a member of the San Francisco Jewish Women’s Fund of the Jewish Community Federation and Endowment Fund. She is the founder of the Jewish lifestyle blog, Florence & Isabelle, which features modern style, beautiful design, delicious food, great books and art and interesting articles from around the globe through a Jewish lens. In addition to blogging, she writes for Kveller, The Kitchn, Maria’s Shriver’s Blog-Powered By Inspiration and The Mid. She lives in San Francisco with her husband and two children.