How the ‘Knocked’ Up Sexism Debacle Exemplifies Misogyny in Hollywood 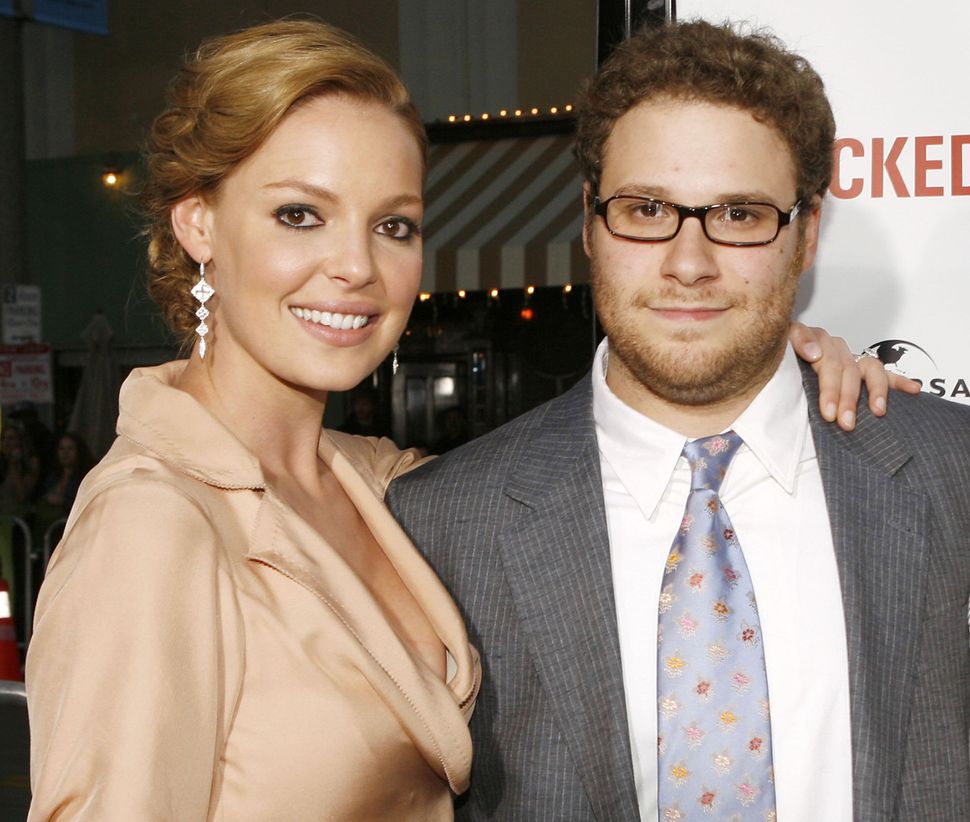 Katherine Heigl and Seth Rogen at the premiere of “Knocked Up” on May 21, 2007 in Los Angeles, California. Image by Getty Images

A lot is being said about what Seth Rogen said on Monday while on Howard Stern’s radio show regarding his nearly 10 year long feud with “Knocked Up” co-star Katherine Heigl.

Heigl made a comment in 2008 in a Vanity Fair interview, to the effect that the film was “a little sexist” for “painting women as shrews, as humorless and uptight…and men as lovable, goofy, fun-loving guys.”

The backlash was immediate and huge, certainly stoked by Rogen publicly describing the remarks as “batshit crazy”.

Heigl was essentially branded as ungrateful and difficult, and her career essentially tanked.

Recently, Heigl publicly apologized, and Rogen took the opportunity to finally address what happened to Heigl.

“Maybe…she realizes that it has hurt her career”, he told Stern. “I don’t want that to have happened to her at all. Because I’ve said a thousand stupid things, and I really like her. Especially if she is being honest…The only people who…should in any way take anything from it is me and Judd [Apatow]. Because we are the ones she was talking about. For other people to not work with her because she didn’t like her experience with us is crazy.” He also stated that “as someone who’s an egomaniac, I just get hurt by that.”

Contrary to being some sort of a resolution, this apology is just another part of the problem that Heigl’s statement — and, more specifically, what happened to her because of it — speaks to.

If we’re being real, Heigl had a point to begin with.

She wasn’t shooting down Apatow or Rogen personally. She was just expressing the fact that “Knocked Up” does approach things from a very male-centric point of view, and does tend to grant men the opportunity to be lovable while painting female characters as objects of attraction and/or fun-hating buzzkills.

The fact that a female actress had her career basically destroyed because she dared to point out something negative about “Knocked Up” is the real problem.

The fact that she felt compelled to apologize for that eight years after she made the movie is ridiculous (and, for the record, this author believes she shouldn’t have apologized at all.)

The fact that Rogen is now taking the opportunity to absolve her (and not even — he’s still doubting the honesty of the feelings she expressed) is not about Heigl. If he really didn’t want her to be hurt, he would have said so publicly before his grudge tanked her career.

At this point, his statement is a thinly veiled way to continue making himself look like the bigger man despite his pettiness throughout this whole ordeal.

Don’t get me wrong. I like Rogen, and I’ve generally enjoyed his work. But the way he was able to take advantage of the systemic sexism inherent in the entertainment world because his ego was hurt is deeply problematic, and nobody should be fooled by his half-hearted apology today.

How the ‘Knocked’ Up Sexism Debacle Exemplifies Misogyny in Hollywood