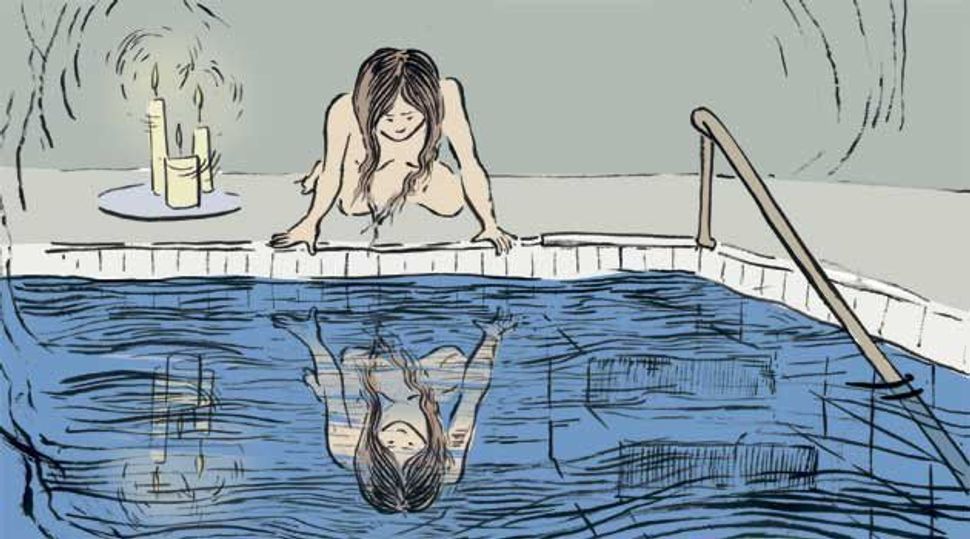 Israeli lawmaker Moshe Gafni was so incensed by the Knesset approving funding this week for four non-Orthodox mikvehs that he vowed that in response, “there will be a world war.”

But to the Reform and Conservative movements in Israel, I say – take the money and run.

I know how big a difference it makes to use a ritual bath where you feel comfortable and accepted as you are.

For years, mikveh was the hardest commandment for me to observe. I went every month, in the hopes that someday I would find meaning in the complicated, strange ritual.

I endured the invasive mikveh attendants, or balaniot, who would ask when my last period was, grab stray hairs off my body without asking, tell me they hoped not to see me again (a creepy way of wishing me a pregnancy in the coming month), excitedly yelling “Kosher! Kosher!” when I had completed the impressive feat of dunking all of my hair under the water. It all felt more than a little infantilizing. 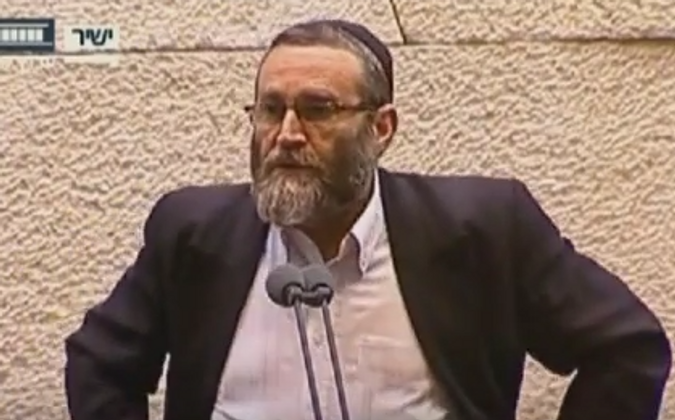 And because I spend every summer in Israel, I had the added bonus of going through the process in two languages. One evening, I went to a local mikveh in Jerusalem near my house.

The balanit grabbed an orange stick and started scraping dirt out from under my toenails without a word of warning, then required me to dunk again, and again, and again, because she insisted it wasn’t perfect. I came home crying, thinking I might never go into a mikveh again.

Then two things brought me back. One was that I gained access to a mikveh where I was permitted to go on my own, without a balanit. When I took control of my own performance of the commandment, or mitzvah, it became less onerous, and, well, more joyful.

By far the most impactful thing that happened was that I served as attendant for a number of Conservative conversions. Watching those women, as they emerged from the water, tears mixing in the pool, was transformative for them, and I was lucky to bask in their reflected glow.

The seriousness of their commitment to the Jewish people was written all over their faces, scrubbed to a shine. Their years of study and exploration culminated in a moment of holiness, or kedushah. As they said the required blessings, their voices would break.

How can such a sacred act defile a state-run mikveh such that Orthodox people would not be able to use it? From a Jewish legal perspective, there’s no way that “liberal convert cooties” could transfer to the Orthodox mikveh users. And the precedent of building separate but (un)equal mikvehs for the heathens among us does have some potentially dangerous implications.

And from that perspective, building four new non-Orthodox mikvehs is insulting, and a waste of taxpayer dollars.

But, non-Orthodox movements are most effective in Israel when they can simply allow regular Israelis to see with their own eyes that their observance is not the bogeyman so often portrayed in the media. The kind of religion so dangerous that it requires Gafni’s “world war” to defeat.

Institutions like the non-denominational Mayyim Hayyim in Boston have been changing the way all Jews think about mikveh. Jews, both women and men, who have had the opportunity to visit such a place even once, return to their communities emboldened to make changes that make mikveh more accessible and more observed, which one would imagine is kind of the point.

Maybe having our own mikvehs would give us the opportunity to show what a non-coercive Judaism could look like. And maybe the millions of dollars that liberal American Jews donate every year which help maintain the status quo would be better spent expressing the values they believe in, like continuing to maintain these mikvehs long after the Knesset funding dries up, as it most surely will.

So go ahead, MK Gafni. Wage your “holy” war against a bunch of would-be Jews, vulnerable and naked in every sense of the word, who’s only crime is wanting to throw their lot in with this motley group for all eternity. Godly work, indeed.

For another perspective on the issue read:

Leah Bieler is a writer with an M.A. in Talmud. She lives in Massachusetts.