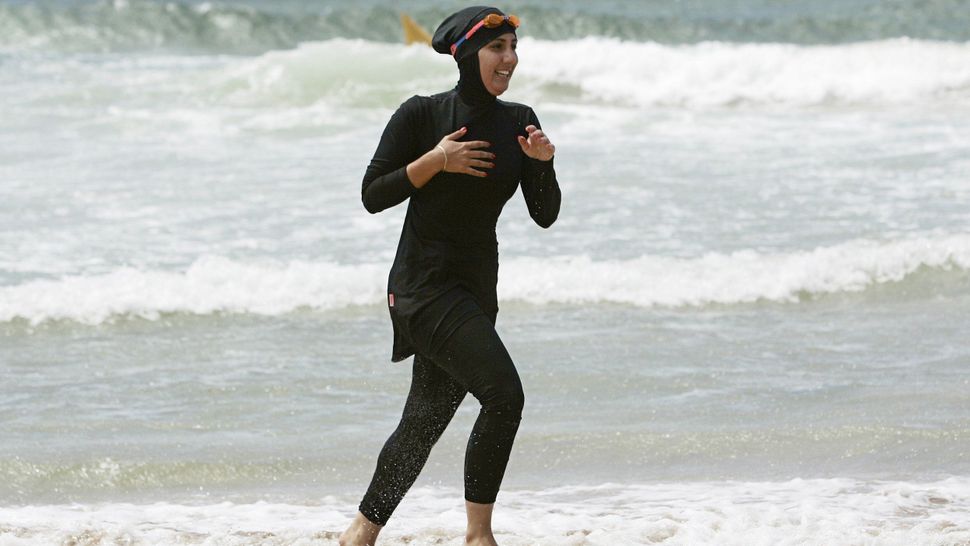 Over the past week, enough ink has been spilled about swimwear in France to make you think it’s fashion week. For a country fixated on the female body, this is not particularly surprising. France has a long history of commodifying, objectifying, and editorializing women’s bodies, almost always for the sake of fashion and (usually impossible) standards of female beauty.

The burkini is, ironically, one more symptom of this obsession.

Feminism and religiosity have butted heads in France before, as has religious garb and religious freedom, but never so acutely, and absurdly. After all it was Napoleon’s new take on “religious freedoms” more than 200 years ago that influenced German Jewish thinker Moses Mendelssohn, to write: “Be a cosmopolitan man in the street and a Jew at home”. That is, enjoy the religious freedom afforded by Napoleon’s influence and the French Revolution – but, please, behind closed doors. Don’t flaunt your Jewishness. Don’t advertise your otherness.

It’s okay to be Muslim, they insist, but you don’t have to advertise it. It’s okay to be a Muslim woman, but not in a way that makes non-Muslims uncomfortable. It’s okay to inhabit public spaces, but not wearing anything that reminds us of your difference.

This is not feminism, and it’s certainly not the freedom of religion and free exercise of worship guaranteed by Napoleon in 1789. Feminism that attempts to legislate what other women can do with her bodies, even with the best of intentions – is not feminism. It’s cultural imperialism. It’s coercion. And the free exercise of religion that comes with fine print that discourages certain forms of religious practice is not free, nor is it what religious liberty looks like. When it’s okay to wear crosses in public, but not a hijab, ok to wear a wetsuit on a Cannes beach, but not a burkini, the hollowness of the anti-burkini arguments for liberty become even more stark.

And they’re not fooling anyone. Sales of the burkini are way up since the controversy over the burkini began. Because Muslim women know, and so should all of us who wear religious garb in public, that attempting to legislate the burkini is not really about terror, feminism, or freedom. It’s about the fear of the other, coerced acculturation, legislating womens’ bodies, and quelle surprise, a bikini is not the answer.

Rabbi Jordie Gerson works as a full-time Rabbi for Adventure Rabbi in Boulder, Colorado. She is an accomplished writer and speaker with a blog at the Huffington Post religion. Follow her on Facebook.