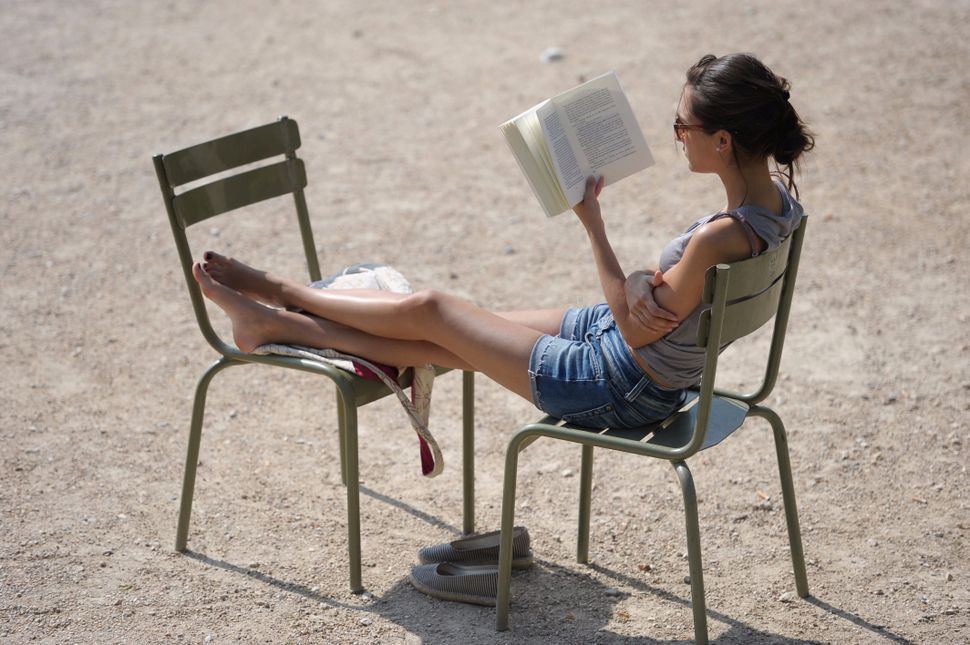 A woman reads in the Luxembourg Garden in Paris. Sigh. Image by Getty Images

What I’m about to link to, below, is more reading material than you’ll know what to do with. Or, if you’re on a train home (or the only one at the office), maybe it’ll be just right.

-Michelle Goldberg, in Slate, on “identity politics.” Goldberg speaks persuasively about the need to keep identity-related concerns in mind, while also calling out the call-out tendencies of the left: “I’d like to see the language of privilege jettisoned altogether in favor of civil rights or equal justice, since the number of people who want to see their own privilege dismantled is vanishingly small.” Agreed!

-Rebecca Traister, in the Cut, responding in part to Jia Tolentino’s New Yorker story about the current state of the left. Can a woman be a full participant of the “dirtbag left”? Discuss amongst yourselves.

-Alana Newhouse, in Tablet, pushes back against the notion that anti-Semitism had all but disappeared from American public life until Trump came along. “The threat to our community is a new one, because it is coming from both extremes of the political spectrum and infiltrating mainstream discourse among both Republicans and Democrats.” If your Facebook wall had been a bit tranquil, I all but guarantee that sharing Newhouse’s article will liven things up.