Confessions from the Bubble 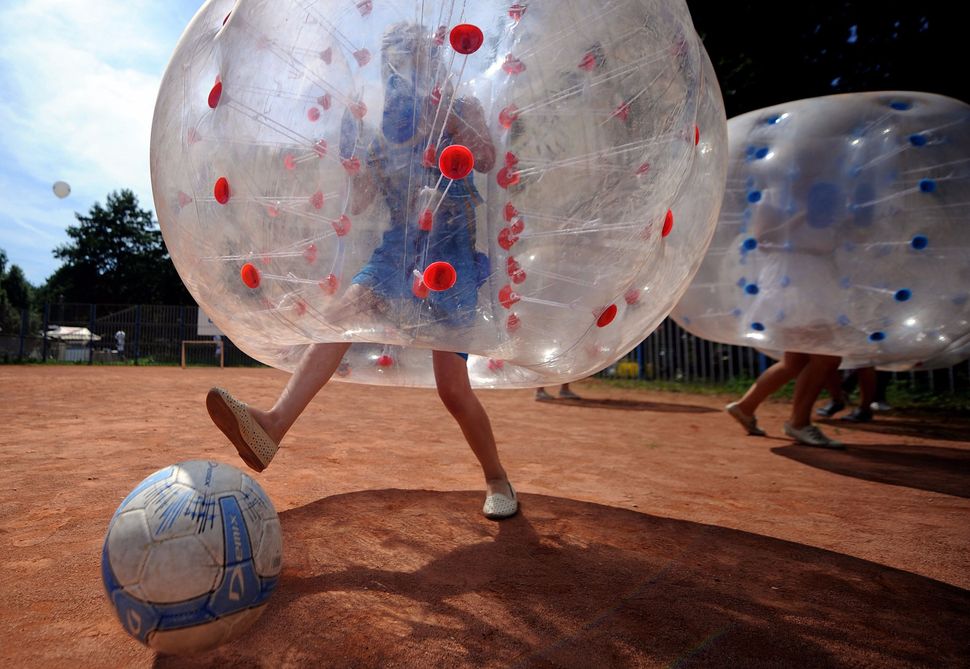 Life is better in a bubble. Image by Getty Images

Ever wondered who voted for Clinton in the last election? Half the country, you say? No, can’t be! There’s this bubble. Trust me. I’m it. As can safely be assumed of every last Clinton voter…

I have given careful consideration to how, where, and by whom my every item of clothing was made. When I shop, it’s not consumption but a sort of anti-consumerist (but very costly) ethical act. The label on my fleece indicates that I care more than those whose fleeces bear no label, or (horrors) the wrong one.

The greatest TV show ever made is “Girls” and I identify fully and sincerely with the Lena Dunham character. I especially like how real the show is, and how accurately it depicts the lives of everyday Millennials, all of whom live in Brooklyn and do unpaid publishing internships.

None of my friends or relatives vote Republican. I don’t have friends or relatives. I spontaneously generated in the sealed-off bubble that is now my home, in which I photosynthesize my nutrients; attend a liberal-arts college; and every couple of years, emit a vote that’s down-the-ticket Democrat.

Confessions from the Bubble