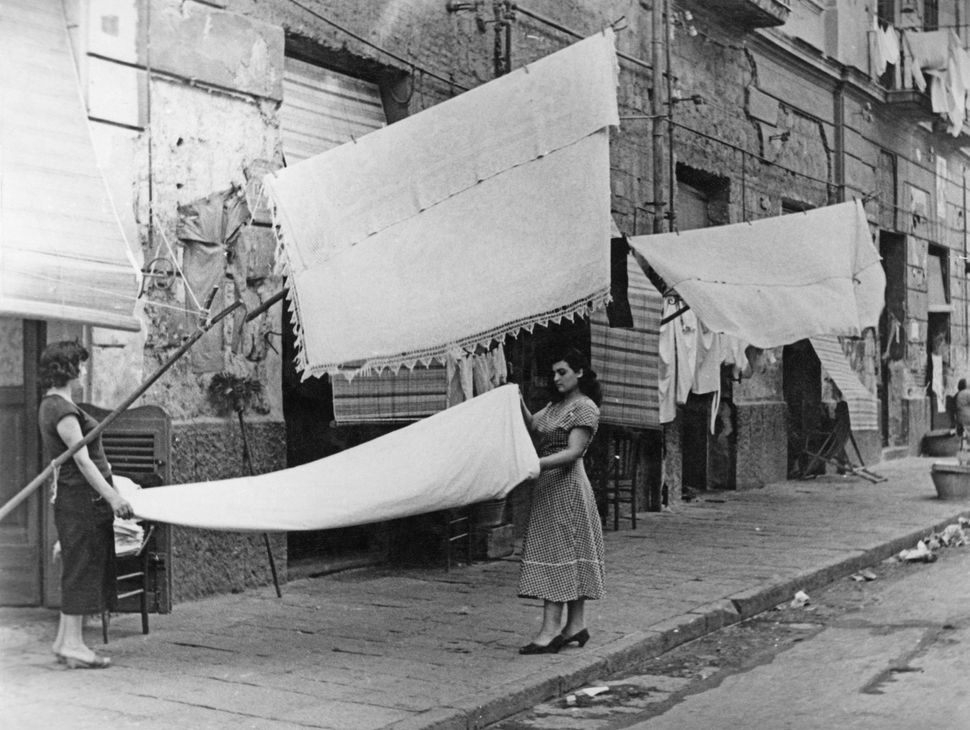 The first and second Neapolitan novels inspired me to write fiction of my own. The third had the opposite effect: If Elena Ferrante can write that well, why bother?

It’s hard for me to say whether Those Who Leave and Those Who Stay is better than the previous two installments, or whether the issue was that reading the first two, I’d imagined I was reading semi-autobiographical fiction. This time around, however, I was reading after the revelations about the real person behind the pseudonym. Knowing that this was all invention is awe-inspiring. When I imagined the author was a real-life mix of close friends Elena and Lila, I was impressed but not, evidently, to the why-bother level.

But maybe the book really just is that good. It contains the best description of terrible sex in probably all of literature, followed by… I will just direct you to the last sentence of Chapter 62.

After a brief interlude in more recent times, Those Who Leave picks up where the previous book left off: with Elena’s sudden ascent from impoverished Neapolitan child for whom attending middle school borderline miraculous, to celebrated novelist. The reader may anticipate an upward trajectory. In a very literal, physical sense there is one – the book ends with Elena on her first-ever airplane trip. But otherwise, not so much: She goes from celebrated young author of a risqué first novel to frustrated housewife in the Anna Karenina or Madame Bovary mold. Not all at once – there’s her stint as a politically engaged labor reporter – but she has one child, then another (earlier than she would like; her her supposedly secular husband opposes contraception), and home responsibilities pile up as professional successes wane. She’s got more material comforts than she did as a child, but is – after all that education, after a successful novel – occupied with household chores.

Meanwhile, Lila – of course Lila! – is at first doing terribly, struggling to support her (possibly) out-of-wedlock son while working at a sausage factory. Elena swoops in and rescues her from a job that’s made her ill and subjected her to intense sexual harassment… but by the end of the novel, Lila’s the great success, with a high paid computer job, while Elena’s all outtakes from The Feminine Mystique.

What’s most interesting about all the novels is (again, of course) the Lila-Elena relationship. But a close second is all that Nino business. Nino is that rare thing: a childhood crush who remains alluring into adulthood. But more than that, he’s deeply entangled with Elena’s other loves: Lila (who was his lover, and who may have born his child), and professional ambition as a writer. The Lila aspect isn’t all that explored, at least in Book 3 – early on in the book, Nino tells Elena that Lila had been bad in bed, but that’s almost it.

By the time he reappears in the novel, Nino could pretty much come into Elena and her dull husband Pietro’s living room, fart loudly, and she’d run off with him. He’s Nino, the hot intellectual ladies’ man. (Everything’s exciting when he’s around and empty when he’s not and Nino Nino Nino, sigh.) But that’s not what he does! No, Nino seduces Elena (if one can call it that, given her preexisting decades-long infatuation, this despite his liaison with her best friend) by appealing to her professional ambition. He does some swooping in of his own and declares – and he’s not wrong – that Pietro has asked to much of Elena in the domestic sphere, putting his own work first and leaving her to squander her (superior, Nino notes, again accurately) intellect.

So on the one hand, Nino sees Elena’s marriage for what it is, and appeals to her resentment at years of being treated like an intellectual inferior. On the other – as the somewhat hindsight-possessing older-Elena narrator is aware – Nino’s an expert at grand passion. He knows just what to say to women to inspire them to drop everything and run off with them, and has unclaimed children all across Italy to show for it. There’s this moment when it looks as if Elena will leave Pietro in favor of independence and being single for a while and that seems like an excellent idea, but when did great fiction ever limit itself to good decision-making?

Leaving Pietro for Nino isn’t really about creative self-realization… except it kind of is, because Nino inspires her to write. But does she care what Nino thinks about her work because she’s admired his brains since they were kids and respects his opinion, or because Nino Is Sex?

But turning back a bit, wasn’t Elena’s marriage to Pietro also a savvy career move? In exchange for tolerating an unexciting husband, Elena gained access to a volunteer literary PR person in his well-connected mother Adele. It’s not just that the marriage gives Elena a path out of her class, city, and neighborhood of origin. It’s also, more specifically, that Adele builds the path for Elena to have a writing career, first as a novelist, then as a reporter.

And maybe that’s what makes the Neapolitan novels so wonderful, apart from the obvious (that is, the combination of a sweeping portrait of society and intricate portrayals of the moment-by-moment emotional lives of the characters). Desires – for artistic achievement, material comfort, sex – exist in unpredictable, intertwined ways.

Yes, one can do the political discussion and talk about how the book is – among so many other things – a powerful refutation of the idea that it’s possible to for class struggle not to take gender into account. But it would be a mistake to reduce the book to a political manifesto, or, conversely, to believe that the strongest political points come from works with obvious political intent.