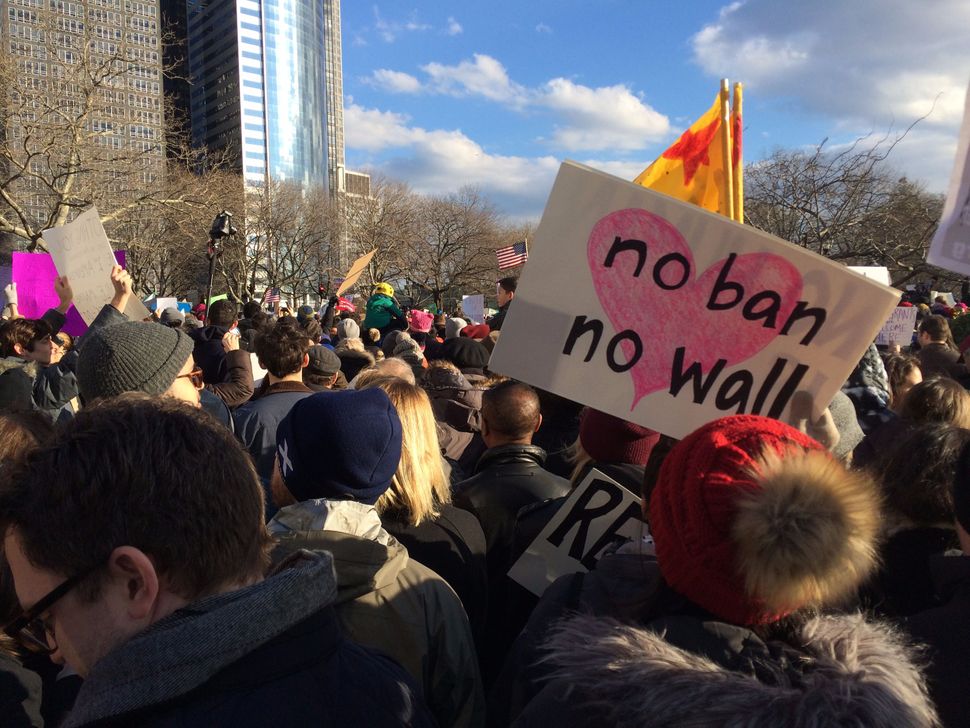 Are you surprised to learn that the Quebec City mosque attack suspect is, among other things, an anti-feminist troll? Me neither. This particular hate overlap reeks of common-sense of course, and is also consistent with what we know about the relationship between mass shootings and misogyny.

And yet Islamophobia’s proponents do enjoy portraying themselves as just very, very concerned about the ladies. By now we’re all familiar with right-wing dismissals of feminism that go like this: Why are American women making a fuss about reproductive rights, equal pay, or any other feminist concern, while women in certain countries (disfavored by GOP politicians at the moment) have it worse? These sorts of arguments are (correctly) dismissed on the left for what they are: attempts at dismissing US feminism while also encouraging Islamophobia. While there are of course myriad international examples of women’s rights being violated, it doesn’t somehow help women in Saudi Arabia for American women to be like, never mind, Trump’s “pussy” remark and Pence’s approach to reproductive rights are actually delightful, and the time has totally come to tear Muslim-American families apart.

Something similar plays out where Jews are concerned. Islamophobia — for example, things like the Muslim ban; French colonial policy in Algeria also comes to mind — gets invoked, on the right, as somehow Good for the Jews. As if Jews’ natural and eternal enemies are Muslims (and not, I don’t know, Western anti-Semites). Never mind that 70% of Jews voted for Clinton, and that Jews came out in droves over the weekend to protest the new craptastic immigration executive order. Being terrible to Muslims is the Trump admin’s twisted version of Jewish outreach. It allows an easy scapegoating out, this Islamophobia ‘on behalf of’ a bunch of Jews who perfectly well did not ask for that. It wasn’t good old Americans pushing such dreadful policies, they can claim, should the proverbial excrement hit the fan, but some sort of nefarious Jewish cabal.

Jewish women aren’t quite in the same place as (other) white women when it comes to the weird, terrible white supremacist thing of being racist against African-Americans as a way of ‘protecting’ white womanhood. (White supremacists are not losing sleep over Jewish womanhood.) But as Jews and as women, we stand, symbolically, right there at the intersection of two enormous right-wing pretexts for Islamophobia. Consider the snippet of Trump’s Executive Order, about how “the United States should not admit those who engage in acts of bigotry or hatred (including ‘honor’ killings, other forms of violence against women, or the persecution of those who practice religions different from their own)[.]” It’s as if he did the Muslim ban just for us. How… unsolicited.

As Jewish women, we know better. We know that Islamophobia is a close cousin of anti-Semitism. We know that when anyone — the current US government, a far-right extremist in Canada — wants to engage in some Grade A crapping on the rights of women and religious minorities, there’s always some moronic argument around the corner about how actually this latest batch of oppression is for women and religious minorities’ own good. We, Jewish women, were well-represented among the protestors, and not just at the Women’s March, because we are not, I repeat, not, falling for this.