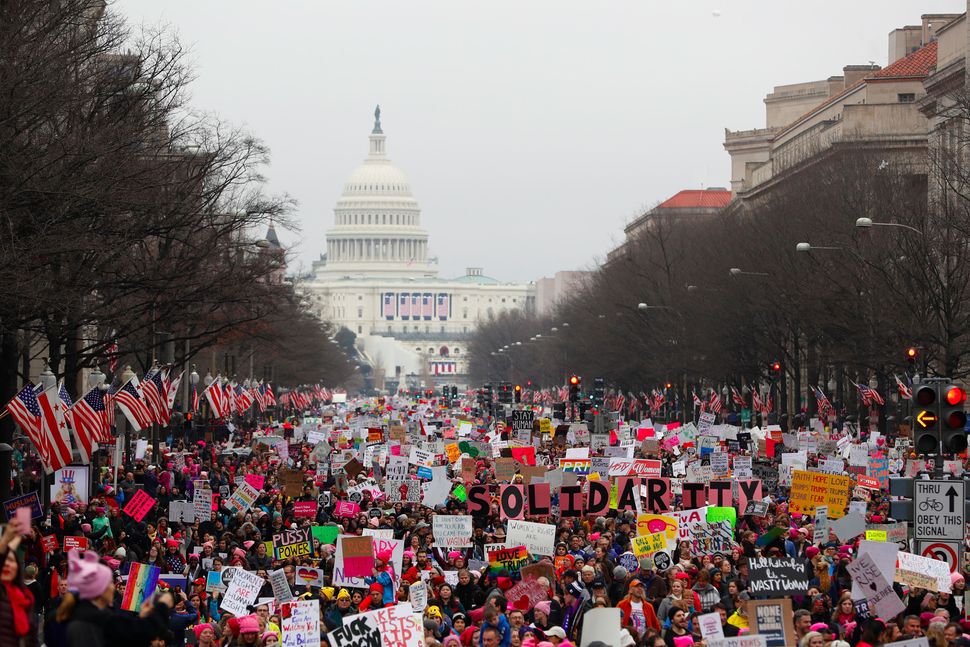 In a New York Times op-ed, “Does Feminism Have Room for Zionists?,” Emily Shire writes that she is “troubled by the portion of the International Women’s Strike platform that calls for a ‘decolonization of Palestine’ as part of ‘the beating heart of this new feminist movement.’”

Shire concludes her piece by noting that she does not believe she needs to pick one belief or the other: “I will remain a proud feminist, but I see no reason I should have to sacrifice my Zionism for the sake of my feminism.” But she writes that she “not certain there is” a place for pro-Israel feminists in the women’s strike.

Shire’s piece speaks to a larger predicament: Many Jewish women, myself included, identify as feminist and Zionist. Explicitly anti-Zionist stances woven into mainstream feminist platforms — a phenomenon that, as Shire notes, extends beyond the upcoming strike — pose an intersectional obstacle to feminist activism. This is an issue Jewish women face, but that doesn’t pose much of a problem for men, or non-Jewish women. How can feminism be “inclusive” if Jewish women who care about the Jewish state are unwelcome?

I believe it’s possible to support the larger mission of the strike — drawing attention to the value of women’s labor — without endorsing (and indeed, while challenging) all specifics of its platform, or all views (or histories) of individual organizers. Those on the left should show up even at events that make us uncomfortable. But I can well understand — particularly, in this case, given organizer Rasmea Yousef Odeh’s terrorist past — why others who share my politics come to different conclusions.