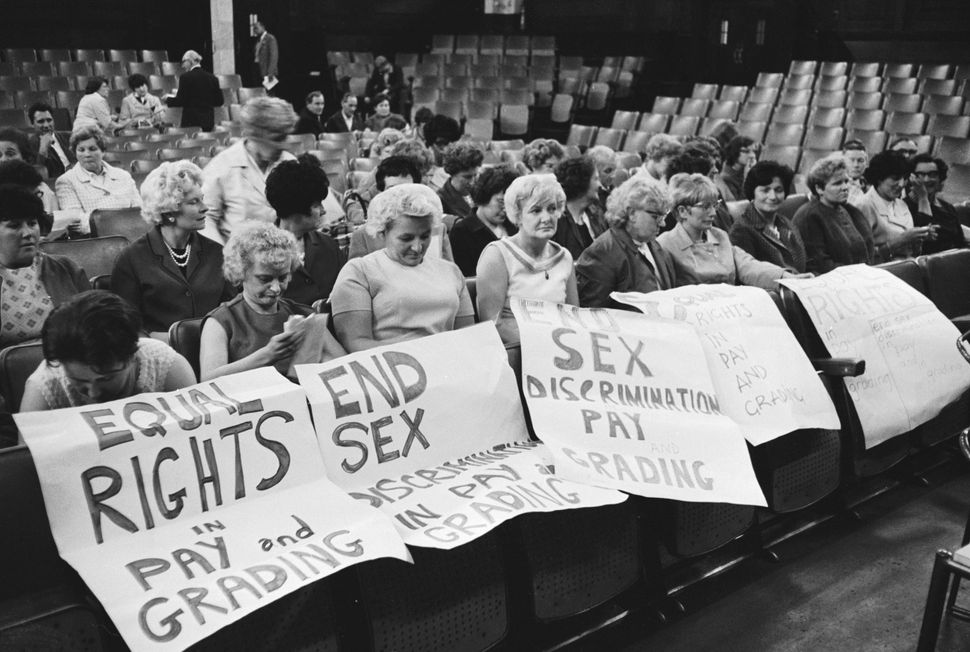 March is Women’s History Month, and on March 8th, International Women’s Day, there’s going to be a Women’s Strike, called “A Day Without A Woman.”* What does this mean? The Women’s March folks, who are organizing this as well, have the info:

Anyone, anywhere, can join by making March 8th A Day Without a Woman, in one or all of the following ways:

1. Women take the day off, from paid and unpaid labor

2. Avoid shopping for one day (with exceptions for small, women- and minority-owned businesses).

3. Wear RED in solidarity with A Day Without A Woman

In other words, you can take part even if you can’t get the day off. But if you can strike without risking your livelihood (and, ideally, in a way that involves handing off your tasks for that day to a man, not another woman), sounds like an excellent idea. Even those somewhat cringe-inducing stories of men who — horrors — had to do some weekend chores the day their wives went the Women’s March offered a hint of how even our absence can be political. For a deeper background on strike history, but aimed at a non-expert audience, see Sady Doyle in Elle.

If you can’t take off from work, paid or otherwise, I do know where you can buy a very cute and reasonably priced red shirt, but as this violates the spirit of rule 2, I will just advise wearing the red you’ve already got.

Are you striking? Not striking? Comments to this post are open, and I welcome pitches, as usual: bovy@forward.com