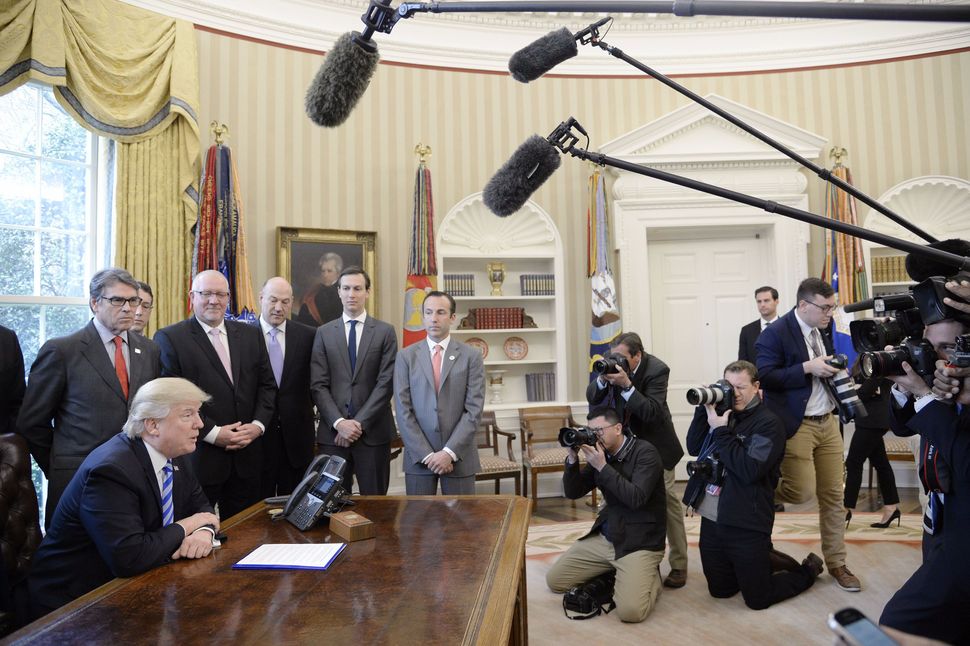 Diversity in action in the Oval Office. Image by Getty Images

Screenwriter Aaron Sorkin had an epiphany of sorts over the weekend. He announced at an industry event that he could not believe people who aren’t white men face obstacles in Hollywood. Did he really only just notice this, one wonders? Without entering his mind — a superpower that eludes this Sisterhood Editor — it’s impossible to say.

To me, the message from this outrage-bait kerfuffle wasn’t that the time has come for someone to painstakingly sit Aaron Sorkin down and explain the concepts of white privilege, male privilege, and so forth. Rather, the takeaway here is that the education or gaffe paradigm is lacking. The problem isn’t Aaron Sorkin failing to understand diversity and putting his foot in his mouth. It’s a system that favors creators of some demographics over others, thereby stifling not just opportunities for member of marginalized groups, but also representations of the full scope of human experience.

Along similar paradigm-shifting lines: I highly recommend Jill Filipovic’s latest New York Times op-ed, “The All-Male Photo Op Isn’t a Gaffe. It’s a Strategy.” In it, Filipovic questions conventional wisdom about those all-male photo ops that keep coming out of the White House: “Is this really a pattern of errors? Maybe these aren’t tone-deaf mistakes at all, but intentional messages to right-wing supporters.” She contends — and I suspect she’s right — that “[t]he great America [the Trump administration] promised has white men at the top, and that’s the image they’re projecting, figuratively and literally. It’s not an error, it’s the game plan.”

It’s ultimately unknowable whether individual instances of cluelessness are actually intentional bigotry in action. What is possible, however, is to shift feminist focus from addressing cluelessness to bringing about justice.