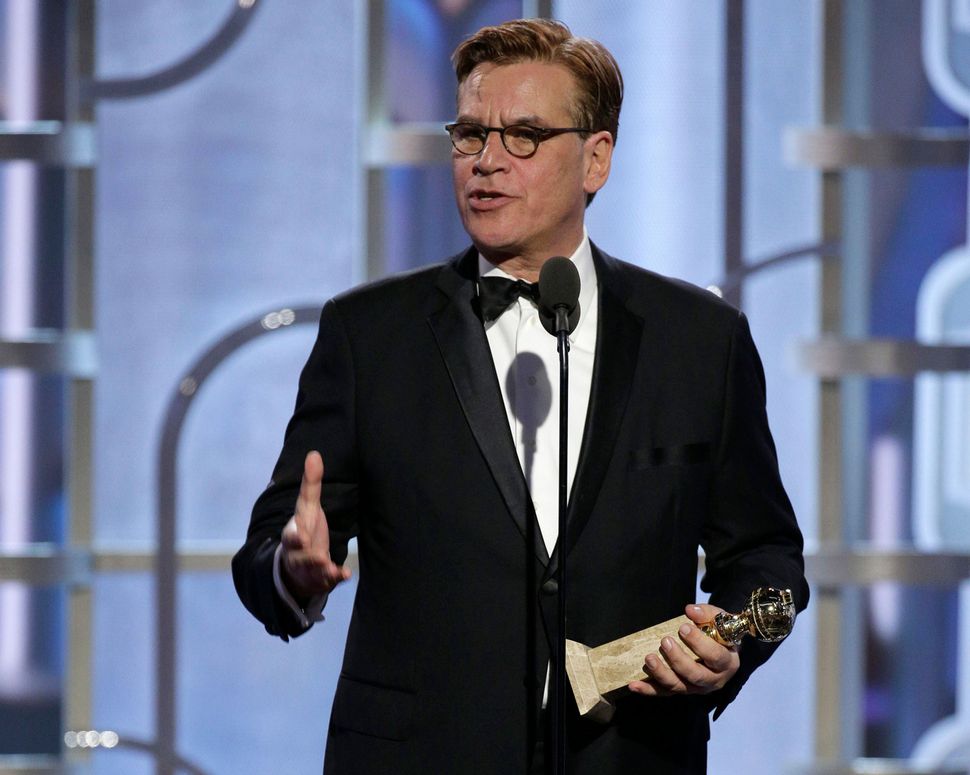 Aaron Sorkin was reportedly shocked to learn that people who are not men, and who are not white, have a more difficult time getting their projects produced. During the Writers Guild Festival on Saturday, Variety reported that Sorkin allegedly expressed “disbelief” when he was asked about the challenges minorities and women face in Hollywood.

“Are you saying that women and minorities have a more difficult time getting their stuff read than white men and you’re also saying that white men.

The writer then said he had believed Hollywood to be a meritocracy — which prompted moderator and film critic Elvis Mitchell to quip: “You may be confusing meritocracy with meretricious, happens all the time.”

Other questions were asked after that, but Sorkin continued to go back to this revelation.

“What can I do [to help]?” he said. “I do want to understand what someone like me can do … but my thing has always been: ‘If you write it, they will come.’”

Ah, you learn something new everyday.