Barbra Streisand At 75: An Appreciation Round-Up 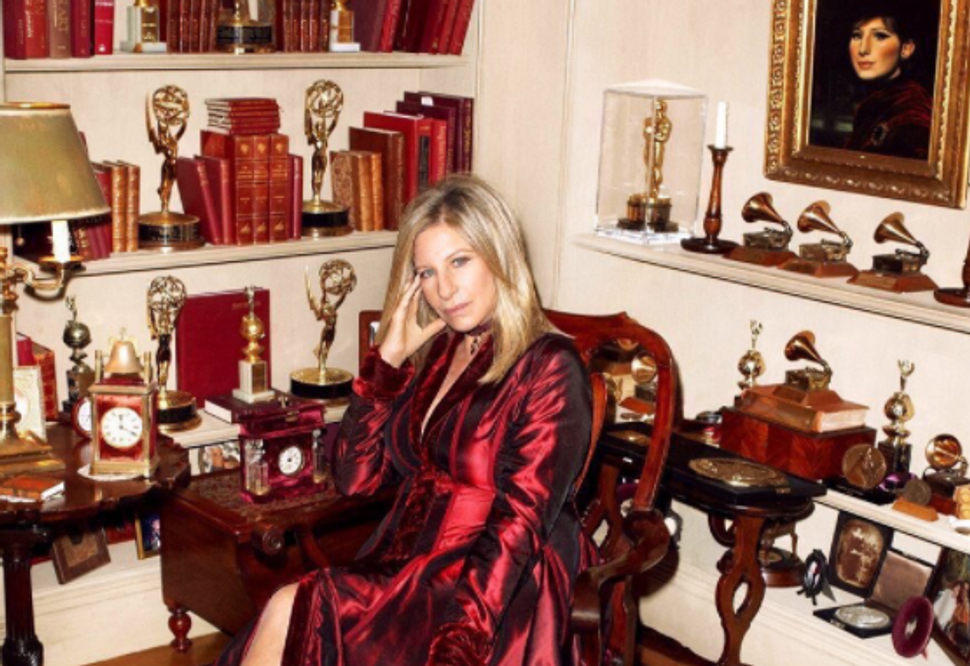 Legendary singer, actress, and icon Barbra Streisand turns 75 today. It would be unacceptable for the Sisterhood blog not to acknowledge this fact. Below are but a handful of birthday appreciations.

-The Pool offers up its five top Streisand songs.

-In Tablet, Rachel Shukert muses on Streisand’s “mythology”; appreciates her talent; and wonders how she’s spending the day.

-In the Jewish Chronicle, Maureen Lipman, who has met Streisand, writes, “She has got up people’s noses and resolutely kept her own. She is a miracle.”

-And at Mentalfloss, Jennifer M. Wood has a post positively brimming with inspirational Streisand quotes. Among them: “Men are allowed to have passion and commitment for their work … a woman is allowed that feeling for a man, but not her work.”

Barbra Streisand At 75: An Appreciation Round-Up