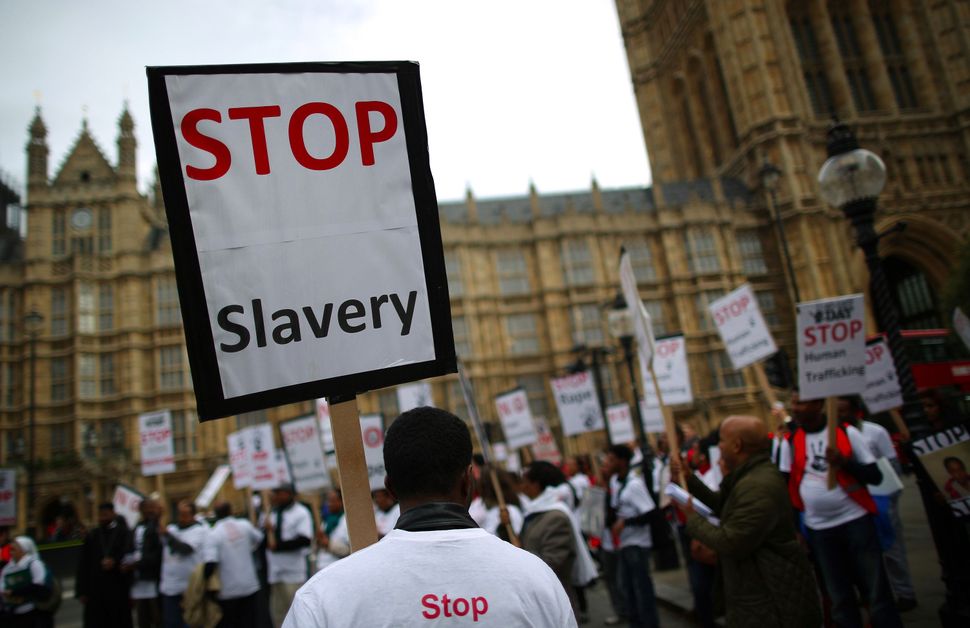 If you think of slavery as a thing of the past, limited to the antebellum South and the Haggadah, you’d be well advised to read Alex Tizon’s Atlantic cover story, “My Family’s Slave.” It’s the story, kind of, of Eudocia Tomas Pulido – Lola to Tizon and his relatives. But more than that, it’s the story of Tizon, and of complicity in a profound familial misdeed. It’s a harrowing (is there any other kind?) story about involuntary and unpaid servitude, albeit from a slaveholder’s perspective.

It’s also, indirectly, one about the limits of personal writing. If the reader leaves “My Family’s Slave” angry*, is she angry at Tizon the journalist for not doing proper background reading and producing an essay that was more self-aware? Or at Tizon the person, whose sins – as Oliver Burkeman correctly notes – the reader only knows about precisely because the essay appeared, and appeared without presenting Tizon as blameless.

Complicating matters: the author died before the story appeared; Pulido earlier still. The reader is getting only Tizon’s perspective, and Tizon cannot respond. A further complication: a Seattle Times 2011 obituary for Pulido, which, as a newly-added Editor’s Note attests, despite being “written at the suggestion of and after an extensive interview with Alex Tizon, a former Seattle Times reporter,” gives no hint that Pulido had been enslaved.

The story is compelling in part because it defies usual narratives. Pulido and her enslavers were all the same ethnicity. All were Filipino; crucially in the American context, neither black nor white. They were – and in this, the story has certain Jewish resonances – struggling immigrants, outsiders in a new land, anxious about belonging. That much is familiar. The twist is what kept them apart:

The expected immigrant story is shame over, say, packed lunches with dishes unfamiliar to classmates. Yet here, the family custom for which the author feared being shamed is one that violates universal human rights. There are cultural practices – including plenty of Jewish ones! – that sound a bit questionable in the abstract, but where the damage done by banning them outweighs benefits. Slavery does not fall into that category.

While the story is complicated, the ethical question at its center is not. It’s hard to know what to make of “having a slave” being presented as an immigrant quirk, and of the implicit demand that we sympathize with Tizon, the kid with the misfortune of having slaveholder parents, more than with the enslaved woman herself.

When the story focuses on Tizon’s childhood, it’s easy to blame his parents. It’s when the tale turns to his adulthood, with Pulido his live-in… friend of the family who also does chores?, that things get tricky:

“I’m not Dad. You’re not a slave here,” I said, and went through a long list of slavelike things she’d been doing. When I realized she was startled, I took a deep breath and cupped her face, that elfin face now looking at me searchingly. I kissed her forehead. “This is your house now,” I said. “You’re not here to serve us. You can relax, okay?”

“Okay,” she said. And went back to cleaning.

She didn’t know any other way to be. I realized I had to take my own advice and relax. If she wanted to make dinner, let her. Thank her and do the dishes. I had to remind myself constantly: Let her be.

In other words, Tizon didn’t just grow up with a slave. He chose to have an indentured servant of sorts as an adult. Tizon’s account implicitly asks the reader to picture how he could have done worse. He might have been indifferent to Pulido’s suffering. He might have not paid her once she moved in with him. He might have opted not to tell her story.

Yet autobiographical writing is, by definition, biased in favor of the author. We hear about Tizon trying to teach Pulido to drive. We don’t learn if he ever berated her, as his parents had. There are moments mildly unflattering to the author (for instance, his annoyance that his family’s slave suggested he wear a sweater), but personal writing leaves open the possibility that we’re missing a bigger and more damning picture.

What could Tizon have done? Contact a non-profit that helps people who have been enslaved? Pay her more than “$200 a week”, or help her find legal recourse for the decades of back pay she was owed? It’s hard to blame Tizon for not single-handedly rescuing Pulido. But there are countless alternatives to having her do his family’s chores and telling himself that this was all she knew and all she wanted.

*The essay has already received tremendous response, ranging from praise to ugh why are we praising this man who enslaved someone to at least we’re getting information to let’s just respect what actual Filipinos think about it.