The Eternal — And Exhausting — Cult Of Effortlessness 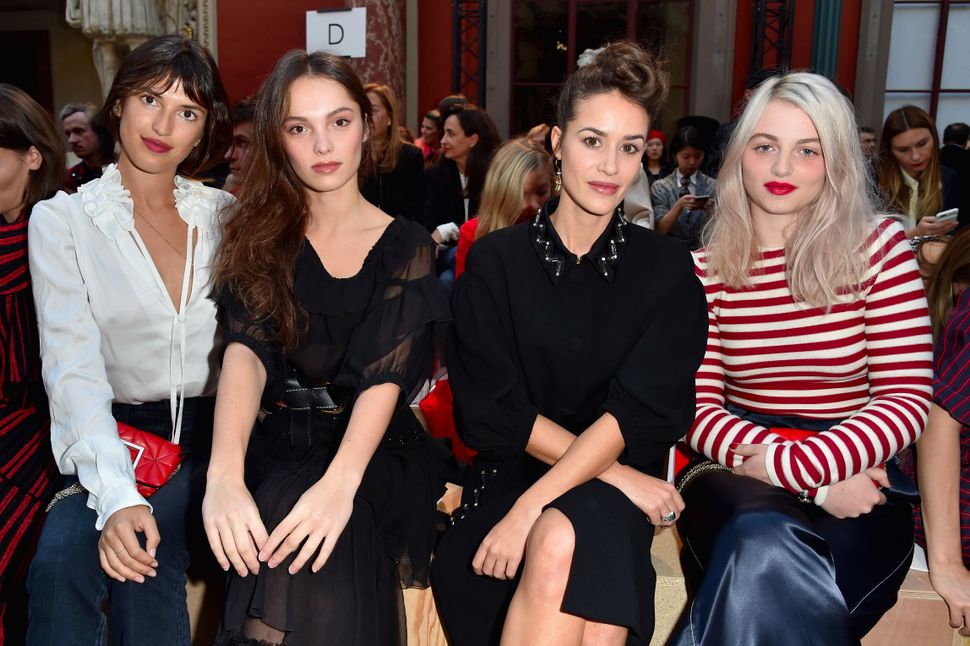 Jessica Schiffer reports on a corner of the internet I know better than I’d like to admit: French-girl-chic e-commerce. While I don’t actually buy these clothes, I’m keenly aware of their existence, and of the cool Instagram pages of the cool French women behind some of them. (Did I realize one of them, Alexia Elkaim, is from a prominent French-Jewish Azria fashion family? Not until Googling just now!) A source tells Schiffer, “emails and editorial articles on ‘how to get the French girl look’ consistently sell product [more than others],” which… of course they do. To look French is to look like you’re not trying to look flawless, and yet there you are — in a café in the upper Marais, for example — looking flawless. The goal of effortless perfection is both appealing and — the moment you step back and think about it — incredibly frustrating.

In my distant youth (I’m an Old Millennial), I’d write earnest screeds about the hypocrisies and subtle bigotries of the effortless beauty quasi-requirement. I’m old enough to remember when dieting and caring what you looked like were fairly out-in-the-open concerns, without euphemisms about wellness, or presumptions of body positivity. Then something changed, and not necessarily in a positive direction. When the expectation that women look perfect remains (and oh, it has), what’s gained, exactly, by adding to it the requirement that we look like we haven’t tried? A false liberation indeed. So it’s with mixed emotions that I link to two great recent essays — by Gabriella Paiella, on the silence surrounding dieting, and Nora Whelan, on the concept of “low-maintenance” — dealing with just this issue.

I want to be clear that I don’t think there’s anything remotely redundant in the publication of new essays arguing what, yes, many women, myself included, have argued in earlier ones. If anything, Paiella and Whelan’s articles suggest that the fixation on effortlessness has gotten worse in the past several years. Writes Paiella, “If women used to avoid saying they were on a diet because it might not seem cool or fun, now we worry about the possibility of offending others or losing our ‘feminist card.’” Whelan, meanwhile, cites athleisure, social media, and the no-makeup/DGAF aesthetic of celebrities like Alicia Keys and Kristen Stewart. The problem, in other words, is still with us. The good news is, young women know it when they see it, and have the vocabulary for pushing back.

The Eternal — And Exhausting — Cult Of Effortlessness