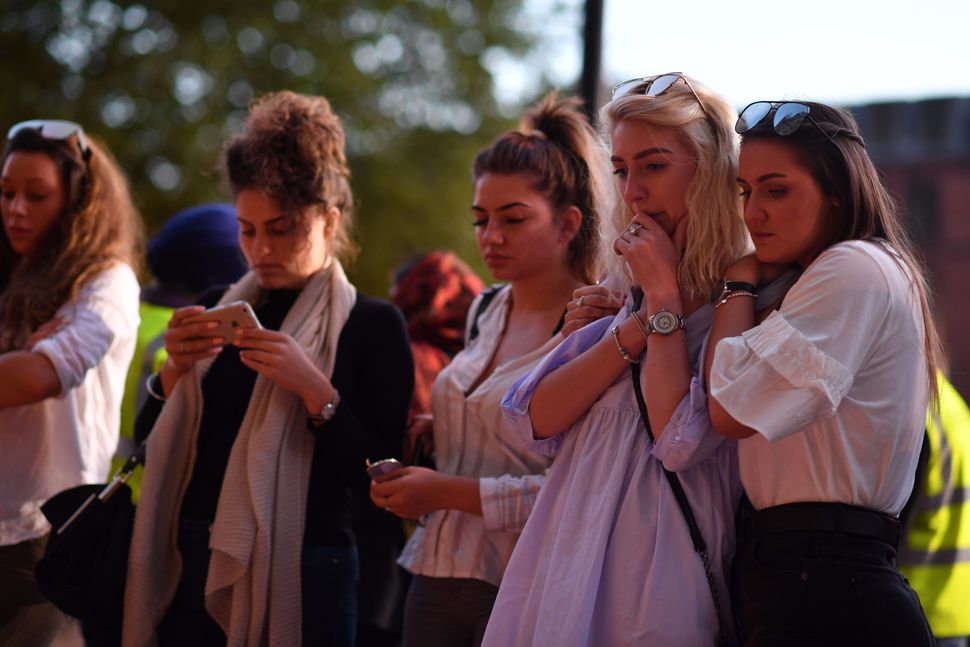 The New York Times ran a powerful op-ed by Tanya Weiz, about her experiences being injured during a terrorist attack at a Tel Aviv disco in 2001. Her story offers a sense of what many are now experiencing in Manchester. Weiz was 17 at the time. While she survived the attack, a friend she’d gone with, Liana, did not:

They kept Liana’s death a secret for another week and a half; they told me she had a broken leg. Liana’s twin brother visited me every day in the hospital, which I thought was weird. Why was he with me and not his sister? The moment I found out Liana died was when the reality of the situation hit me.

For me, a bombing was something you see on the news. Even in Israel, you don’t think it can happen to you. Until this day, I see it in pieces, like a nightmare.

Weiz, who now lives in Canada, is a member of the group OneFamily, a non-profit helping victims of terror attacks that occurred in Israel, discussed in the Forward here.