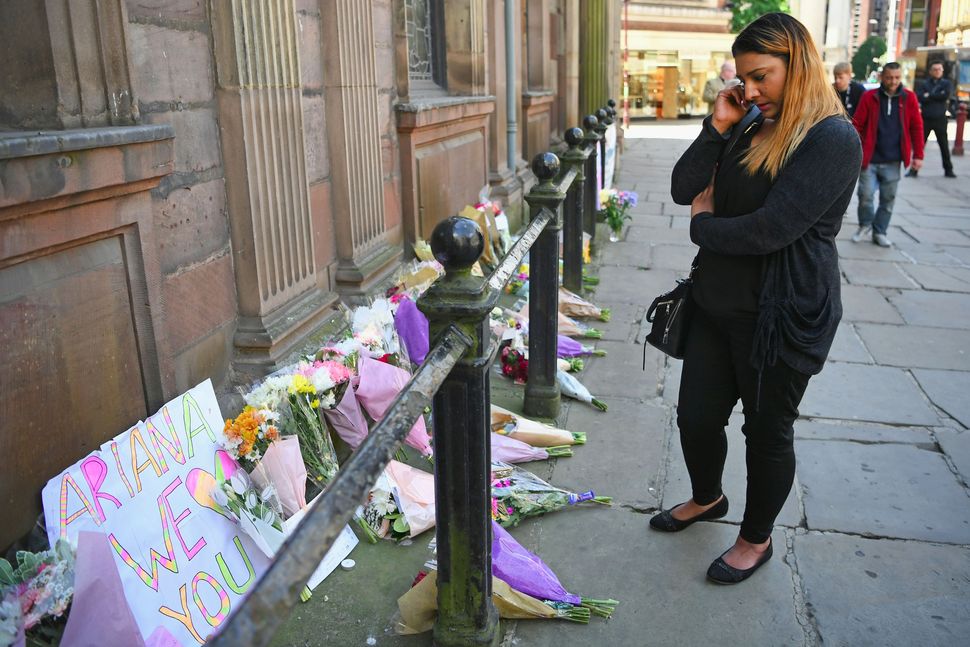 The story on my mind today, and on many, is the horrific terrorist attack in Manchester, England. At least 22 were killed at an Ariana Grande pop concert. One of the confirmed dead was an eight-year-old girl.

It’s an attack that targeted a Western city, yes, but more specifically, a concert filled with young women and girls. Yes, some Jewish. Young girls’ music fandom, often dismissed (as Jill Filipovic points out) as frivolous in the culture at large, is an especially jarring and upsetting site for deadly violence. Girls enjoying themselves, and then… it’s truly too awful to contemplate.

Below, some links that may help process the unthinkable:

-BBC’s Newsround site has excellent advice for young people trying to take in the news. Young and not so young – the tips under the heading “Remember, it’s rare” are especially helpful to those of all ages.

-The great British-Jewish novelist Howard Jacobson reflects on his hometown:

[I]t’s a city of young people. Even on the most forbidding winter nights, the young congregate outside the bars and clubs, wearing not very much. The less you shiver, the harder you are. We will hear more over the coming days about about Manchester’s indomitable nature. How the city will not bend to terror. How death shall have no dominion, and the faceless men of violence neither. And it will be as true of Manchester as it can be of anywhere.