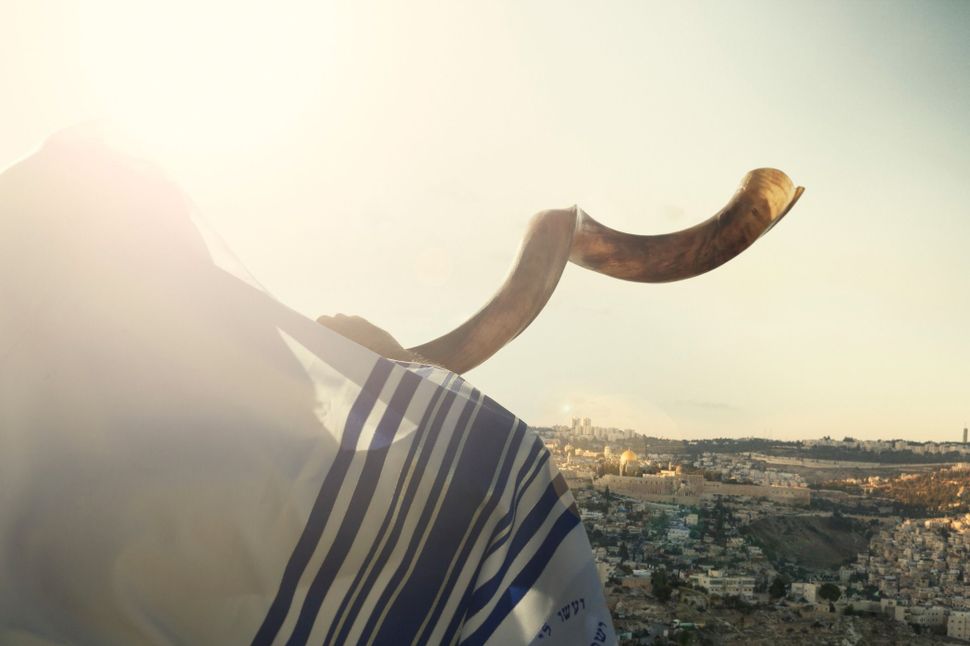 The streets of Jerusalem were deserted. The only remnants of life were the echoes of Jewish prayers nearby, solemn echoes heard on this day in this place for millennia. Those chants in minor key reverberated to me like the mourning of memories past. Was it regret I heard? Sadness? Duty?

The prayers followed me along this solitary pilgrimage to the Old City until they reached a crescendo at my destination. Sure, visiting the Western Wall on Judaism’s holiest day was neat. But religious notions weren’t what honestly brought me there. The fifteen minutes I spent at the Western Wall surrounded by ultra-Orthodox men assiduously praying was a spectacle to me, a cultural Jew, not a ritual to sincerely partake in. My youthful adrenaline instead led me up the steps to the Temple Mount, the holiest place in Judaism and third-holiest site in Islam. This was in 2015, and in recent days, tensions arose when religious Jews prayed at the Temple Mount, or the Noble Sanctuary, as Muslims call it, and many Muslims were temporarily barred from entering.

At the Temple Mount, it was strange to be technically standing in my holiest place in the world. I didn’t feel God’s presence. I didn’t feel anything. But when I imagined the holy ancient temple once here, it appeared as the pictures drawn in my Jewish children’s books, and chills did come. They were like fairy tales, but they were my fairy tales to believe in.

Seeing Al-Aqsa and the Dome of the Rock before me promptly superseded these recollections. In another child’s fairy tale, this is where Mohammad ascended to heaven. This was their fairy tale to believe in. And it wasn’t simply a fairy tale to them, nor to the Jewish Third Temple revivalists. This tale dictated lifelong dreams and passions of a transcendent nature.

The Temple Mount was nearly empty at the moment. It was in between prayer times, but that wasn’t only why. I exited the Temple Mount to an area with dozens of Muslim women protesting. Restricted along with all Muslim men under 35 from visiting the Noble Sanctuary during this period, these women were protesting what they saw as the Jewish trampling of Muslim rights to the area. The group, the Murabitat, was recently outlawed in Israel for harassing and sometimes assaulting visitors to the Noble Sanctuary if they believed non-Muslims were praying or dressed inappropriately there. I watched the women screaming behind a small barrier while police aggressively kept them in check.

I started recording the police’s rough containment of the group, but once they saw me, the Israeli police ordered me to leave. I insisted that I was only standing there, so the officer started shoving and cursing me out. I remained obstinate — stupidly. Enraged, the policeman took a swing at me, just missing. He threatened to arrest me, and I relented.

Mere meters away from where hundreds of Jews prayed at the Western Wall, the sounds of Murabitat shouting and Orthodox praying blended into one another, the audibly thin segregation of passions threatening to explode upon the next collision.

For all the fighting over who was entitled to what, I’m always reminded of what the Temple Mount was at one point in the 7th century AD after my ancient temple became a fairy tale and before their fairy tale became a sanctuary: a garbage dump.

I returned to the Orthodox synagogue of Chuck and Nina, the elderly couple hosting me for the holiday. After walking to and from the Old City in 90-degree heat, my fast left me incredibly weakened and a little delirious. I sat next to Chuck without a word, acting like the good little Jewish boy who wouldn’t dare get in a scuffle with Israeli police in our holiest place on our holiest day. I arrived in time for the Avodah, the prayer service describing the ancient rituals once performed in that holy temple. As people did all over the world on this day, we prayed for the strength of Israel and Jerusalem, the holy city.

But for what city was I praying?

Each time I heard the word “Yerushalayim,” those sights and sounds of the scene earlier in the day came to mind. Was it the fairy tale or reality we prayed for?

To the people beside me, it was not a fairy tale. It was a dream. A dream that personally felt so strangely distant from what I just witnessed it seemed even closer to the yearning Diaspora. In this synagogue, I couldn’t hear the shouts, nor the police. Only the prayers.

I listened to Chuck’s voice tremor with each word and the solemn tone to his quiet incantations. His humbled prayer struck me profoundly. Outside the synagogue, he was a somewhat prickly man, asking me pointed questions and offering pointed statements about anything from crazy drivers to drunk Arab doctors. But now, Chuck’s voice faltered further with each fasting moment in the house of God.

Originally from Brooklyn, Chuck moved to Israel 40 years ago. He grew up in a traditional Jewish family, but it was his own initiative as a teenager to become Orthodox. With this rise in religious observance, an increased passion for the state of Israel came hand in hand. “The goal, the dream was always to move to Israel,” explained Nina, his wife. “The only problem was a matter of getting the money to make the move possible.” Chuck worked as an anesthesiologist around the States, but for years, they yearned for the Promised Land.

“We began to realize that there never would be enough money to make the move,” said Nina, “but it was what we had always dreamed of. It seemed like a wonderful adventure, a journey.”

In the kitchen of their Jerusalem apartment the previous night, I studied the two portraits hanging on the wall which they brought over from the states: a photo of bagels with cream cheese spreads in red, white and blue, “to remember the ‘old country,’” as Nina put it, and the other a faded image with the words Israel, The Dream. It all felt so queer — what was new hearkened to what was old. What was a dream was a memory from long ago. Whether this dream was predicated on time or was timeless itself escaped me, but not for Chuck and Nina. Only in the present day and by sheer will could their dreams become reality.

Following my misadventures in the Old City, I wondered if their dream ever really did become reality. These prayers repeated that which was said for millennia before — ignoring what had become of Jerusalem today. In this place of worship, Jerusalem was frozen in time. But outside, the city reckoned with the impossibly achievable efforts to treat it as such.

For some, Jerusalem is their home for centuries. And for many, the city defines a dream inscribed in religion and expressed in a state. But interacting in this place with the Murabitat, or Israeli police, or hordes of religious pilgrims, rarely feels intimate. Their passion deals little with actual human beings, but notions of a greater purpose to be of service to.

During Yom Kippur, Jews are to atone for sins committed against God and against other human beings. In Jerusalem, however, the sins that are committed against others are often done in the name of God. I believe there’s a reason so many living in other areas of Israel despise Jerusalem and the people within it. It attracts the zealous — the innocuous and sinister alike. Passion is dangerously concentrated into greater tribal causes like religion or state so that all interactions are implicitly framed by the question: who are you with?

Though in awe of Jerusalem’s wonder, I do not find joy in this place. The dream may be beautiful, but its reality is not.