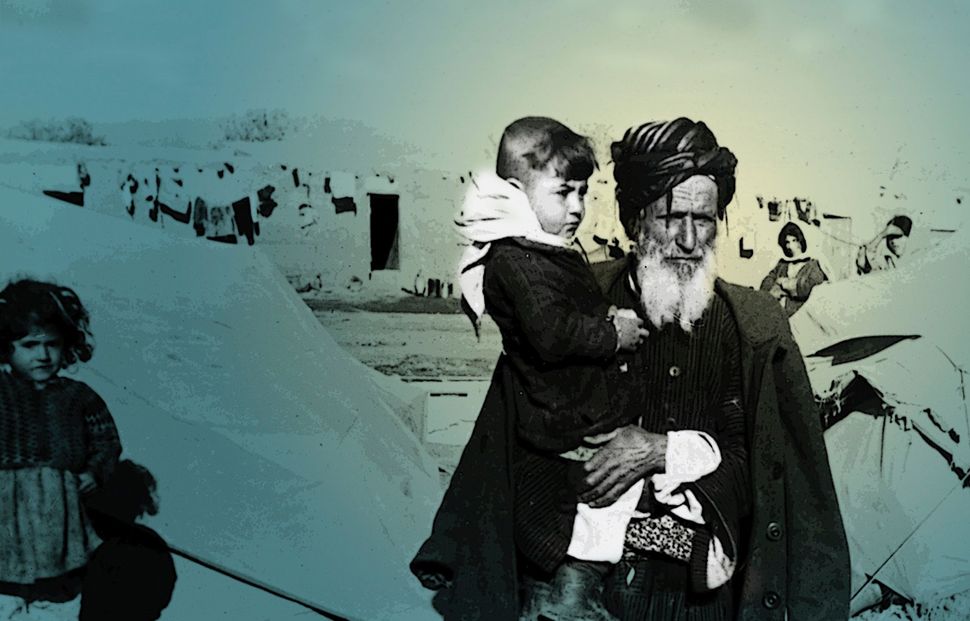 Kurdish Jews upon arrival to Israel. Image by Anya Ulinich

In Israel, there is often a singular narrative told about immigration and the creation of the Jewish state: Ashkenazi pioneers came from Eastern Europe at the end of the 19th century and built the country. They established kibbutzim, moshavim, and cities like Rishon LeTzion, and created pre-IDF militias. Streets in every city in Israel bear their names: Jabotinsky, Trumpeldor, Weizmann.

The Mizrahim came later, the narrative explains, in massive waves in the 1950’s and 1960’s. Refugees arriving long after the establishment of the state, they languished in ma’abarot and development towns.

But the story of one Kurdish Jewish family disrupts this narrative.

Eliyahu Avrahami was born in Jerusalem in 1948, just a few months after the War of Independence, into a family which had been already living in Israel for twenty years. I had the pleasure to speak to him about his family’s history when I was invited to Rosh HaShana dinner in his home.

The history of the Kurdish Jews is almost exclusively based on oral tradition. According to Avrahami, they typically built homes along the major rivers in Kurdistan, the Tigris and the Euphrates, because there was no running water. Self-sufficient, they worked as subsistence farmers and peddlers, trading coffee for salt in neighboring villages. Education was not prioritized; rabbis held tremendous respect in the community, as they were the only ones able to read religious texts. The community was generally left alone by Iraqi neighbors — the Jews practiced Judaism freely and openly, while maintaining friendly relations with Muslim and Christian neighbors. However, the yearning to return to Jerusalem was ever present, and by the late 1960s, almost all the Kurdish Jews had made Aliyah.

“My parents did not come here as refugees,” Avrahami said. “They came for ideological reasons.”

Avrahami’s mother was born in Dohuk and his father in Zakho, in northern Iraqi Kurdistan. There, they lived in mostly Jewish villages, where they coexisted peacefully with Muslim and Christian neighbors. “There was no threat to their lives or anything like that,” Avrahami explained. “The Kurdish people were always reasonable. No fundamentalists.”

The Zionism of the Kurdish Jews was not informed by political doctrine or complicated rhetoric. “These were simple people,” Avrahami tells. “They did not have university educations. Zionism and the religion were not separate to them. The prayers ended with ‘next year in Jerusalem,’ and one year, they made it happen.” As children in the 1920s, Avrahami’s parents left with others in their towns and made their way to Israel, by way of Turkey and Syria. The 1200-kilometer journey was done on foot and donkey.

The two met and married as teenagers in Jerusalem, and became parents to nine children.

Avrahami was educated in a one-room school, lit by kerosene lamp, with thirty other children, all of them Mizrahi, and one teacher. After learning a trade, school stopped at eighth grade. “We were not given preparation for a university education, or allowed to continue to high school,” he said. “It was not even an option. We were expected to go out and work.”

His sisters, Shoshana and Rashel, served in the Irgun. Another relative was involved in the King David Hotel bombing. “My family fought for this country before it was a country,” Avrahami said. 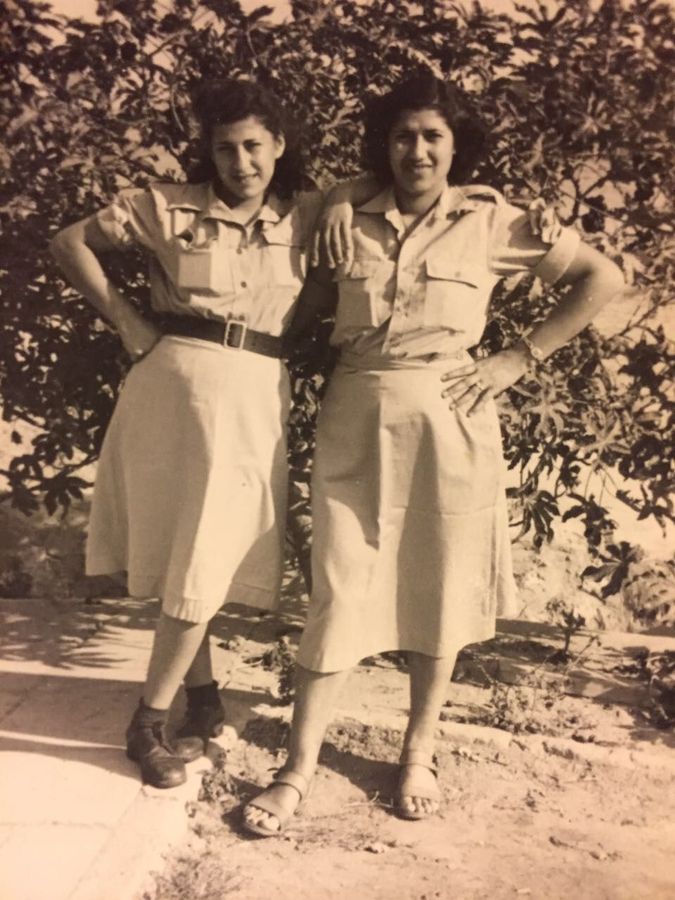 Abrahami’s sisters, fighters in the Irgun. Image by Courtesy of Eliyahu Avrahami

Despite their contributions to the state, the Avrahami family suffered from discrimination, along with other Kurdish olim. By the end of the 1950’s, the majority of Kurdish Jews had made Aliyah; today their descendants number around 200,000.

“If there’s a job and there’s two candidates, me and a guy with the last name Berkovitch, we know who the job is going to — even if I’m more qualified,” he said. “That’s how it was back then.”

Many of the Kurdish Jews were “a bit naïve,” said Avrahami. “They came from small villages where everyone trusted everyone. This made it easy for others to take advantage of them after they immigrated to Israel.”

From his living room in Ma’ale Adumim, Avrahami reflects fondly on his childhood in Sh’chunat HaKurdim (the Kurdish neighborhood), remembering a close-knit community where neighbors looked out for each other like family. “On Yom Kippur, I walked all the way across Ma’ale Adumim to go to the Kurdish synagogue,” he said. “It’s important to remember our melodies, our distinctive ways of praying.”

“We came and we built this place, when there was nothing here,” he said. “We made our Aliyah from a place of emunah, faith, not desperation.”

Lauren S. Marcus is a Tel Aviv-based writer and journalist. More of her work can be found at laurensmarcus.com.