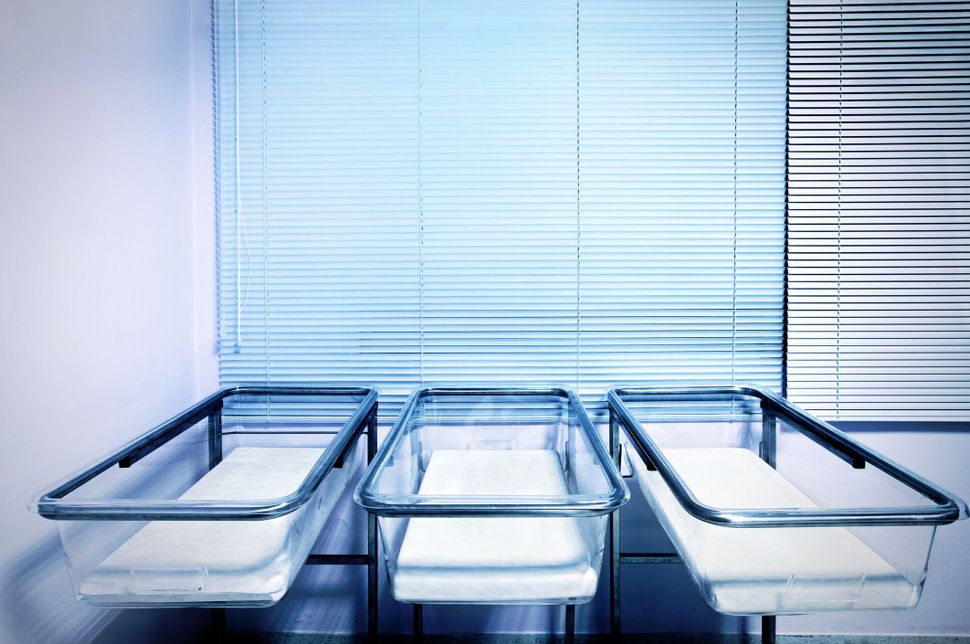 When Shoshana Traum lost her first baby at only five days old — after going into early labor at 27 weeks — she had no idea that there was a support group for infant loss. “When we left the hospital we didn’t know we needed help, that this would mess us up for a long, long time.”

That was 11 years ago, and although October is Pregnancy and Infant Awareness Loss month, many people are still not aware of the help they can get after suffering a miscarriage, stillbirth or early loss – even though 1 in 4 pregnancies end in loss.

“I wasn’t leaving my house, I wasn’t doing anything in public and a support group was my saving grace,” said Traum, who eventually attended one at the hospital. “It helped being around people who understood me and knew what I was going through and didn’t belittle my feelings.”

Now Traum — who suffered a first-term miscarriage before she solved her medical issues and went on to have two children,7 and 9 — volunteers with the National Council of Jewish Women New York’s Pregnancy Loss Support Program, a non-denominational peer support group which offers phone and group counseling. “When we were going through this, no one was there for us — we had to wait for months, so if I know someone is going through this I will be the first to talk to them.”

As someone who has had four early miscarriages myself, I know there are so many ways others can help (and hurt).

Here are some ways you can help someone who experienced pregnancy loss.

1. Don’t Say… People say the darndest things. Like, “At least you can get pregnant,” which is really not a silver lining if you can’t birth a baby. Actually, you don’t need to find a silver lining for someone who had a loss….because she had a loss. Don’t say, “You’ll have another one,” or “it was meant to be,” because you don’t know for sure on either count whether they will or what is and isn’t meant to be. (Even though miscarriages sometimes occur due to a chromosomal abnormality — i.e. something wrong with the fetus – medical issues like blood clotting can be the cause of termination.)

2. Advice? Thanks! This is probably not the time to tell the story of that woman who miraculously got pregnant and after so many failures, or how wonderful adoption can be. If you’ve heard of this amazing acupuncturist/healer/doctor, maybe wait a few weeks before offering practical tips.

3. Acknowledge the Loss “If someone reaches out to share his/her story, the best thing one can do is listen,” according to Yesh Tikva, an organization established to end the silence around infertility in the Jewish community and create a network of support.

“Every parent who conceives a child who does not live to be born feels a tremendous sense of loss and pain and feels a strong sense of something missing,” a woman wrote anonymously in “A Jewish Perspective on Miscarriage and Stillbirth” on Mikvah.org. “I miss the pregnancy, I miss the baby… and I miss the cherished dream of birthing that baby in September and raising him or her lovingly with my husband.”

It’s hard to sit with someone’s pain. But try putting yourself in her shoes.

“Try to imagine, if you can – each person who tries – ends up making plans, living in the land of hope, attachments, thinking about the future and then…nothing. And often that nothing comes with shame, isolation, depression, and a lack of faith in the future,” Naomi Less wrote at Uprooted, a pluralistic Jewish healing community to educate, raise awareness and provide support for fertility journeys.

4. Know Everyone Deals Differently A woman who suffers a 12-week miscarriage may feel differently than one who has a stillborn. One couple may want to talk about their loss, another may want to focus on trying again. As a friend, relative, partner (or even if you are going through it yourself) recognize that mourning comes in many forms.

“We find that it is very important for women who suffer a pregnancy loss to have the time, space, and appropriate physical and spiritual environment to mourn,” says Dalia Davis, founder of Uprooted. “Since there is no traditional Jewish ritual for marking and mourning a pregnancy loss, nor is there the same structure of communal support as exists for one who loses a loved one who has already been born, it is important to create opportunities for healthy mourning,” she said, whether it’s your own personal shiva or meditating, writing or crying – “or anything else that in some way marks the loss and allows her honor her pain and the life that is no longer with her.”

5. Partners Have Problems, Too In addition to the crushing disappointment of losing a baby, each time I miscarried, I also went through a hormonal shift – a debilitating drop in the happy hormones of pregnancy. While partners suffer the former and not the latter when a pregnancy ends, they too need emotional support; especially if they’re the ones serving as the bedrock of support.

6. Help Find Some Faith “Faith often comes up in the way people are coping with their losses,” says Naomi Skop Richter, Director of Community Programs at National Council of Jewish Women New York, which is holding an next week with poetry, music and candle-lighting ceremony.

Although some find the synagogue the most painful place to be, as Ruth Balinaky Friedman wrote in The Washington Post about attending services after two miscarriages, other people love that kind of communal support.

In fact, in Talking to God: Personal Prayers for Times of Joy, Sadness, Struggle, and Celebration, Rabbi Naomi Levy penned a special prayer for miscarriage:

7. Coming to Terms with a Loss Like with any loss, many people don’t really “get over it.” But with time, support and emotional processing, the memory can feel different. “I feel like I can say my story in a strengthening way, in a way to help people,” Traum said about her five-day old daughter. “I never forget and still think about her every single day, but in a more peaceful and not painful way.”

Amy Klein writes about health, fertility and parenting and is working on a memoir. Follow her on Twitter, @AmydKlein.