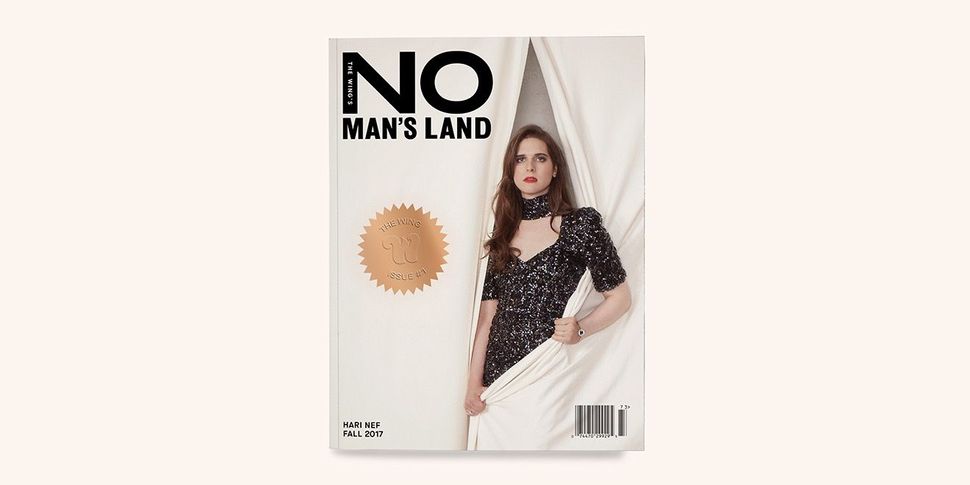 Image by The Wing/No Man's Land

Hari Nef, one of the first transgender models signed to a major modeling agency and one of 2015’s Forward 50, is the cover star of a newly launched women’s magazine called No Man’s Land.

The cover depicts a striking image of Nef clad in a high-necked, glittery dress (a dress that looks as if it were made for kirakira, the sparkle-inducing app beloved by both the fashion industry and Instagram influencers alike). Her stance powerful, even aggressive, as she steps through a slit in a white curtain. 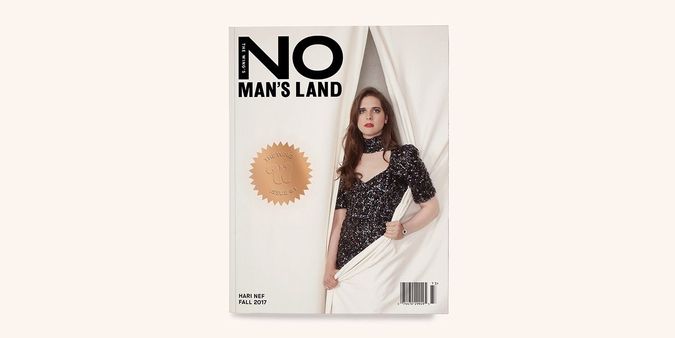 Image by The Wing/No Man's Land

The magazine, which is available for purchase online or at a Barnes & Noble near you, is a bi-annual publication created by Audrey Gelman’s The Wing, a female-only social club and co-working space (hence the name, No Man’s Land).

The magazine is 132 pages and costs $18. But to promote the magazine, The Wing has partnered with The Cut to publish 10 articles over the course of the week from No Man’s Land written by women with prestigious bylines such as Vogue and The New York Times.