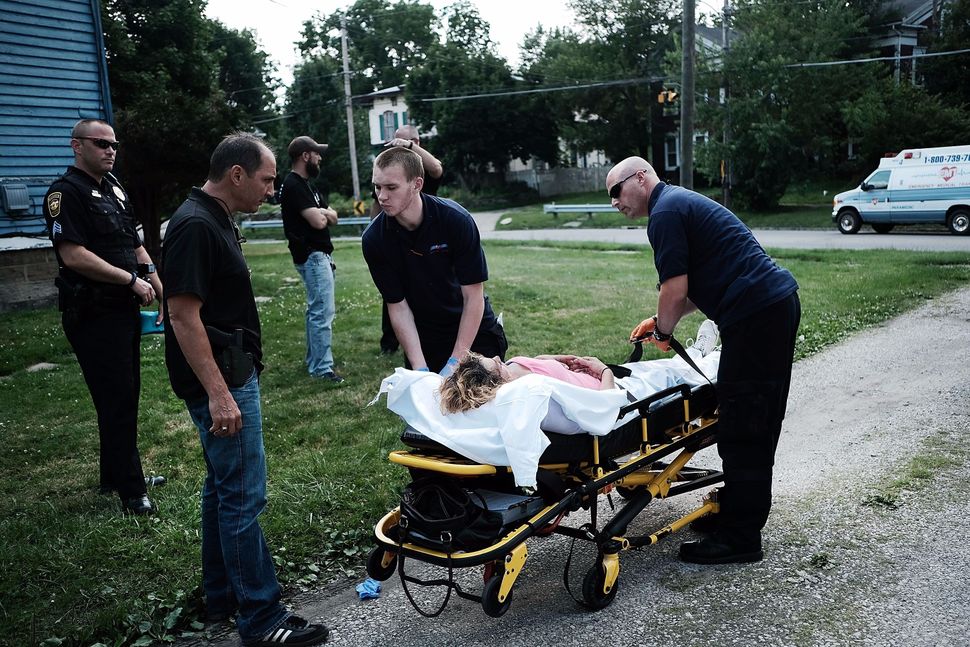 “Jews don’t use” is often quoted as an example of misconceptions and denial about addiction in the Jewish community.

Why is there such a deafening silence on the subject, especially in light of the current opioid crisis and the overdose epidemic?

As a rabbi who worked with recovering addicts, I know we need to review the way we present the problem of addiction in our discourse.

How we talk about the problem and the solutions may have an impact on whether those affected by the disease of chemical dependence will be willing to open up to others. The words we use matter greatly. Language is powerful, and we must be careful to choose our terms wisely and sensitively. Useful lessons can be learned from the HIV/AIDS epidemic in the 80’s and 90’s and the way American culture shifted from a tone of judgment, stigma and shame to an attitude of tolerance and acceptance. As a result, more lives were saved. The same holds true for the opioid crisis and the problem of chemical dependence in general.

Many Jewish leaders choose to use the word ‘teshuvah’ when talking about recovery – the Hebrew word usually translated as “return” or ‘repentance’. To them, it encapsulates the recovering addict’s journey away from the life of alcohol and/or drugs towards a new life in sobriety.

However, the application of teshuvah to recovery as a whole can be misleading and even dangerous. It may actually discourage many from stepping out to talk about their disease and to seek help. It may inadvertently reinforce the false idea that addiction is a moral weakness or failure.

Maimonides, in his code Mishneh Torah (Hilkhot Teshuvah 2:2), defines teshuvah as follows: “What is repentance? That the sinner shall give up his sinning and the sinful man his plans and inwardly resolve never to do these things again, as it is written (Isaiah 55:7), ‘Let the wicked give up his ways…’” (Maimonides translation and emphasis is mine.)

It is obvious that Maimonides, following the lead of the Bible and the rabbinic sages, understands teshuvah to be a spiritually healthy response to sin. Today, when we use (or overuse) this term in discussing addiction, we run the risk of being misunderstood. Connecting the disease of addiction to sinfulness is not the message we want to convey under any circumstance. Those affected by the disease, whether family or the ones with addiction themselves, may hear this message and decide to remain silent out of shame and fear of stigmatization.

So we need to exercise more caution when talking about addiction recovery as teshuvah. We ought to remember that sometimes in the process of trying to help people, we may wind up harming them instead.

Rather, I suggest we employ the words refuah (healing) and tikkun (repair) when we talk about recovery as a whole.

Once we accept the fact that addiction is a disease, a pathological condition, rather than a sin, we recognize that as a disease, is treatable. It is a disease that can cause people to act deplorably, and for this they should hold themselves accountable and endeavor to repair the harm (tikkun). But it is wrong for others to hold them responsible for a disease not of their choosing.

People will actively seek help if they believe that their helpers, be they family, friends, rabbis, teachers, will not judge them for who they are or what they have done. Refuah will come with the healing support of a caring, non-judgmental community who treat those afflicted like anyone else who has a disease.

Imagine a synagogue where congregants have no hesitation about including their addicted loved ones on the mi-sheberakh (healing) list once the loved one has given permission. Imagine a caring community where open, public prayers for those with addiction become the norm, where the afflicted and suffering are comforted knowing that they are being prayed for. In this changed environment, blessings for refuah are extended to all who are ill, regardless of the nature of their illness. The mentally ill and the addicted are placed alongside those who have cancer or heart disease. All are equally worthy and deserving of the community’s prayers.

Maimonides was not only a philosopher and scholar of Jewish law, but a leading physician of his time. Were he living today, what words would he use to describe the process of recovery from drug addiction? Would he emphasize teshuvah, or refuah and tikkun?

I believe he would have chosen the latter.