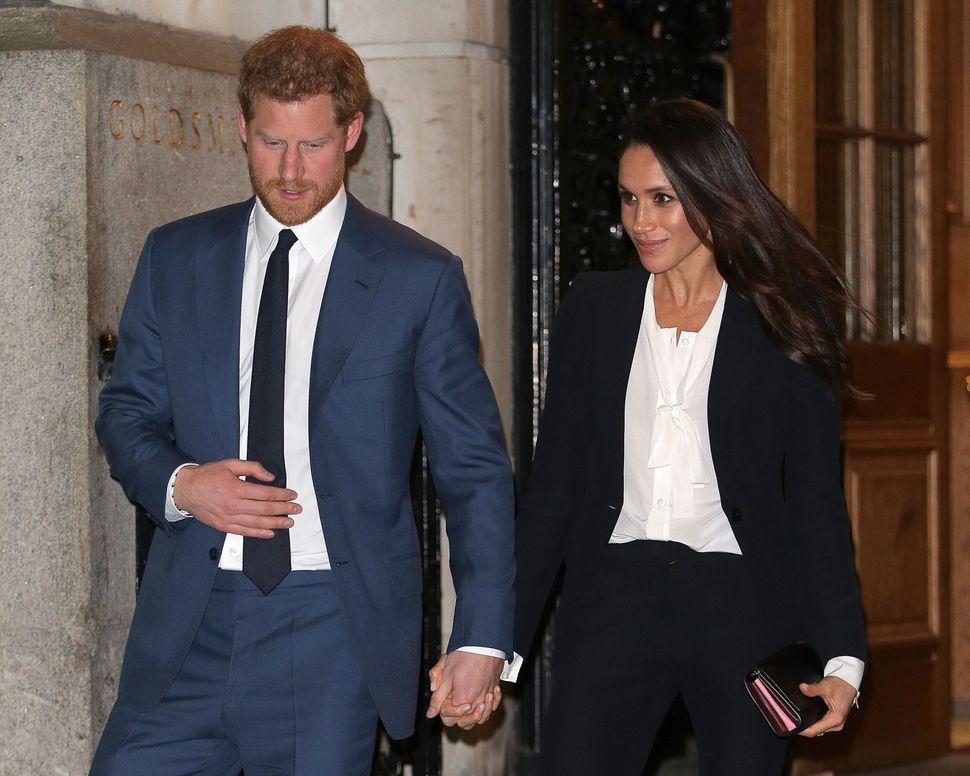 Watch out Kate Middleton: Meghan Markle and her “Markle effect” is a strong contender for the role of royal style icon.

For years, Kate Middleton’s wardrobe has become synonymous with a boost in sales for whichever designer she deigns to wear (also known as the “Kate effect,” a phenomenon that has merited its own wikipedia entry). Now, with the engagement of Meghan Markle and Prince Harry, royal watchers have a new style icon to obsess over as a select group of designers bear the fruits of Markle’s sartorial choices.

Which is what happened when Meghan wore Tuxe Bodywear’s “Boss” blouse-y bodysuit to the Endeavor Fund Awards. After being “royally approved,” according to Tuxe’s Instagram post, the pussybow bodysuit quickly sold out on the site and on luxury e-tailer Net-a-porter. They are, however, taking pre-orders which will be shipped in April, just in time for Passover.

We’ve been royally approved! We absolutely love Meghan for all she has done for women’s rights and are honored to be worn by someone who encapsulates what we stand for as a brand. She uses her spotlight to be an inspiration and she definitely is to us! Thank you to Meghan and her team for working alongside us. Be sure to read the spotlight and shop the Ivory Boss in our bio!???

Tuxe Bodywear, founded in 2015 by Philadelphia-based Israeli designer, Tamar Daniel, is a bodysuit company that makes basic layering pieces in luxurious fabrications like cashmere and silk. The bodysuits, which are not cheap (prices range from $80 to $280 for the “Boss” bodysuit), have become a popular choice amongst modest consumers, particularly religious Jews (Daniel is also Orthodox), according a Vogue.com article on the company.