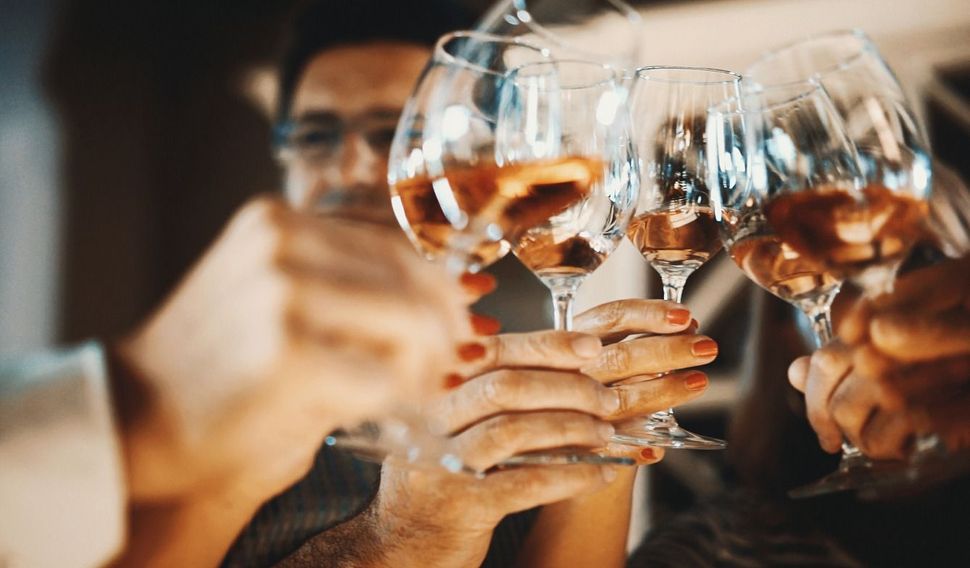 If you think your personal Passover preparations are stressful, imagine what it must be like to run a kosher winery during this time of year.

But despite the audible pre-Shabbat rush Friday morning, Covenant Winery vintner and co-owner Jeff Morgan was as cool as a properly chilled rosé when we spoke — a type of wine he’s the expert on, by the way.

“What’s great about rosé is it drinks a little like a white and a little like a red,” Morgan told me, “which means it goes with everything possibly served at a Seder, from gefilte to flanken. It’s the world’s most versatile wine.”

Morgan does not make this claim lightly. In 2004, Morgan wrote the first book on rosé and co-created the first winery, SoloRosa, dedicated to rosé, which at its height was producing 200 barrels a year. Unfortunately, Morgan and his business partner Daniel Moore became the victims of their own success: While their production grew quickly, so did the competition, and they were forced to close down after eight years of production once the market for rosé became oversaturated. “The one thing I learned about rosé is that if you make too much and you don’t sell it by September, you’re in trouble!,” Morgan told me.

Thankfully, Morgan is once-again producing rosé — and this time, it’s kosher. While he’s a veteran of the wine industry, Morgan has only been producing kosher wines since 2003, when he and Leslie Rudd challenged themselves to produce “the best kosher wine in 5,000 years” — one that was neither cloyingly sweet nor even distinguishable from non-kosher Napa Valley competitors. Covenant currently produces about 400-500 cases of Red C Rosé at their kosher winery in Berkeley, along with around 300 cases a year in Israel, which they don’t export. Covenant Winery produces a full line of kosher reds, whites and rosés, with nary a sickeningly sweet bottle in sight.

Step Away From The Blue Bottle

So how does Morgan manage to ply his kosher consumers away from, and how were 44 percent of our readers convinced to abandon, the stereotypical sickly-sweet kosher wines of yore? As we’ve globalized, there’s really no excuse for Jews to maintain a parochial palate, and Morgan doesn’t mince words: “Those are not necessarily beverages designed to go with your meal. Those are beverages designed to go in your kiddush cup or to take the place of soda — which I don’t think goes with food, either. Sweetness is the most powerful of all flavors and it tends to diminish the subtler flavors found in food. If you’re enjoying your soup with Bartenura you probably won’t be able to appreciate what’s in your soup bowl. I don’t recommend drinking sweet wines, even expensive sweet wines, with your meal.”

While American Jews may think Manischewitz and Bartenura are as Jewish as challah and gefilte fish, that isn’t really the case.

“Bartenura [moscato] is obviously a pop phenomenon that really has been promoted most effectively by the handful of rap stars that embraced it,” Morgan said. “It’s really easy to drink, kind of a grape-juicy sweet beverage. So I can understand why it’s so popular. Kedem makes wines that we would call ‘traditional American kosher wines’ — they’re often made with concord grapes, which are native American grapes. Those attained popularity because 100 years ago they were the easiest grapes to access and it was kind of a no-brainer. Outside of America, Jews never drank concord grape wine.”

But lest you call him a wine snob, Morgan eschews the idea that certain people have more sophisticated palates than others entirely. “I’m trying to demystify the concept of wine. I think wine should be enjoyed every day. If you do that, you’re going to have a much more full and flavorful life,” he told me. In his mind, the issue is more one of exposure, not superior and subpar palates. “If one thinks that our wines are made for a more sophisticated palate, then we’re just underestimating the ability of anyone to taste quality. Almost everyone has a reasonably sensitive palate… our wines are, as best as we can make, an expression of what the vineyard gives us. We pick the grapes when they’re ripe, we press them or crush them in the winery and when it’s done, we put it in a bottle and give it to you. It’s really not that complicated what we do.”

While other winemakers mess with the fermentation process or add sweeteners, Morgan aims for simplicity — and indeed produces top quality kosher wines, bursting with developed flavors and never too sweet. While you certainly won’t find any Five Buck Chuck from Covenant, you don’t have to spend a fortune, either. “We think that we’re making wine for everyone, starting at around $20,” Morgan says. “The $150 ones are indeed our best wines, but even if you’re a wine novice, you’ll taste the difference.”

So what does Morgan recommend? “I would suggest that people explore dry wines, or drier wines, such as chardonnay, sauvignon blanc, dry rosé or any red wine — like pinot noir or cabernet sauvignon.”

His approach to food pairings is simple: Keep things complementary. “Lighter styled wines go with lighter style foods, like salad and fish, and richer foods that are savory, such as stews and steaks, will go better with richer, more full-bodied wines. And chicken goes with everything! When in doubt with chicken, whatever wine you’ve got is going to taste great. And then if you really love sweet wine, either drink it on its own or drink it with dessert. If you keep that real simple thing in mind, you can enjoy whatever’s in your glass and whatever’s in your plate more than you would enjoy either on its own.”

Morgan’s pairing approach is simple and flexible — and he breaks down how to plan your Seder wines, course by course:

He recommends starting with dry or semi-dry rosé or white wines like sauvignon blanc, chardonnay, riseling or Covenant’s Israeli-made viognier. And of course, “nothing goes with horseradish, so you don’t have to worry about that,” he adds with a chuckle.

For your second cup, kiddush, the Morgan family typically eschews tradition and makes it on white wine.

For the meal itself, bring out the big reds: cabernet sauvignon, syrah or pinot noir.

But whatever you choose to bring to your Seder, don’t limit yourselves to just one wine: as Morgan wisely says, “Why not enjoy a variety of wines to enjoy with the variety of foods on your plate? You have many options to choose from and they’re probably all good if you keep in mind simple pairing concepts.”