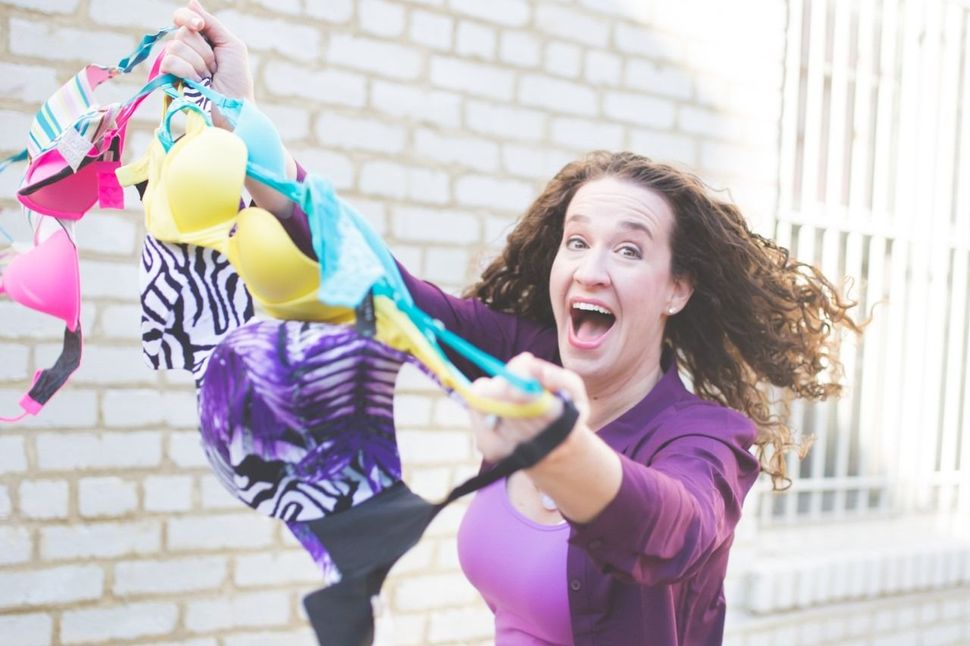 Those four words were life-changing for Dana Marlowe when she first heard them in 2015.

Known as “The Accidental Bra Fairy,” Marlowe has distributed more than 500,000 bras and 2.5 million personal hygiene products to women in need.

During last month’s government shutdown, Marlowe put out a Facebook post in which she offered to help female federal employees who had no money for bras or feminine hygiene products. She quickly received close to 100 responses from furloughed women.

“I had a baby and just stopped nursing before the shutdown happened,” a woman from Virginia wrote. “I’m in need of new bras since my size has changed, but I don’t have money to buy them since I haven’t been paid. I’m a size 38-C, and forever thankful if you can help.”

Supplied with a basement full of bras and hygiene products, Marlowe was prepared to help.

What started as a local effort to help give a few homeless women some intimate wear has turned into an organization with 74 volunteers collecting and distributing bras, tampons and pads in 43 U.S. cities and in seven countries around the world, including Australia, Pakistan and the Philippines.

But Marlowe, a full-time business executive and mother of two sons, never planned for or anticipated any of this.

A self-described “fashion train wreck,” Marlowe didn’t really care that none of her clothes fit properly after going through a significant weight loss.

But when her husband began commenting that her bras looked too big and were no longer serving their intended purpose, the 42-year-old figured it couldn’t hurt to buy some new lingerie. As the sales clerk at a Soma Intimates store rang up her purchases, Marlowe asked what she could do with 16 perfectly good bras that no longer fit.

“It had just never occurred to me that homeless girls and women were in need of bras. It’s so simple, but before that day, I had no idea,” Marlowe told the Forward. Later that day, she called a homeless shelter in Washington D.C. and was told that they would gladly accept all the clean, gently used bras she could find. “What else could you use?” Marlowe inquired.

“Maxi pads and tampons,” the employee said. “Women here would really appreciate those.”

“It never dawned on me what it must be like to be homeless and have your period,” Marlowe said.

A resident of the D.C. suburb Silver Spring, Marlowe wrote a Facebook post in July 2015 sharing her newfound knowledge that homeless women were in dire need of bras and hygiene products. “That little Facebook post instantly exploded,” she said. Members of Marlowe’s tight-knit neighborhood made up primarily of Orthodox Jews were eager to begin donating their own products, she said. “I decided I needed to make it its own Facebook page because I couldn’t keep up with all the likes and shares.” And so, Marlowe began doing porch pick-ups across Montgomery County.

By that autumn, Marlowe said she had collected 1,000 bras and 7,100 sanitary products for her first donation in October. Soon, interest spread beyond the D.C. metro region. “At that point, I had to ask myself, was this just a ‘one and done’, or could it be something bigger?” she said, crediting her Jewish background with helping her answer that question.

“I kept thinking about that Pirkei Avot mindset that says ‘you are not obligated to complete the work, but neither are you free to desist from it,’” she said, referencing a compilation of ethical teachings passed down and one of the best-known and most cited of Jewish texts.

With a basement full of piles of undergarments ranging from training bras to push-up bras to maternity bras, and the assistance of some close friends who offered their business and marketing expertise, Marlowe founded the non-profit I Support The Girls. 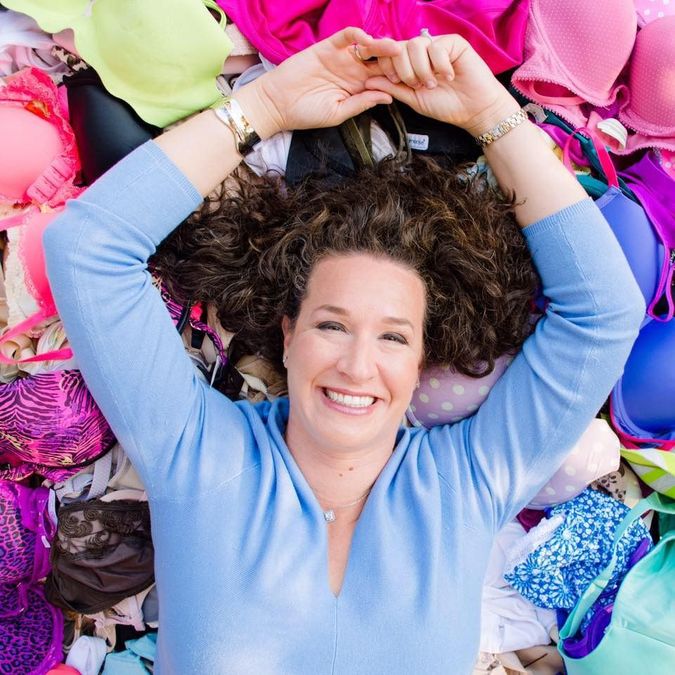 Julie Sondheim, a social worker at The Albert & Sara Reuben Family Services Center in Indianapolis, has distributed products collected by I Support The Girls to Jewish mothers on food stamps. “These are items that cannot be obtained with government assistance, yet they are such a necessity,” Sondheim said. “It’s uncommon for a food pantry to be able to offer hygiene products, but we can because of the work of Dana.”

Marlowe added that one of biggest benefits of starting the non-profit “has been seeing how many women were powered to do this in their community and just needed the platform,” she said.

And she’s already empowered the next generation of women. Thirteen-year-old Yael Epstein was looking for a meaningful project to allow her to give back to her community as a way to celebrate becoming a bat mitzvah last October. She was quickly sold on I Support The Girls.

The seventh-grader, who attends Hasten Hebrew Academy in Indianapolis, collected roughly 50 packages of tampons and pads and 150 bras. “Especially going to a religious school, these types of issues aren’t always openly talked about. But it ended up being so easy to get my friends to donate, and my school was really supportive,” Epstein told the Forward.

Epstein said that learning about Marlowe has sparked her own passion for social action. “I Support The Girls made me more aware of problems going on. I want to continue helping,” she said. Since her bat mitzvah, Epstein said she has reached out to the American Civil Liberties Union to ask how she can get involved.

For a woman who has made a large impact on a variety of communities, Marlowe sounds quite humble. “I mean its not like I’m solving homelessness or food insecurity or anything. This is only one small area, but it has a lot to do with one’s self-confidence and self-esteem,” she said. “No one should ever have to choose between a hot meal or a package of pads.”