At Yeshiva University, Students Prepare To March For LGBTQ Rights 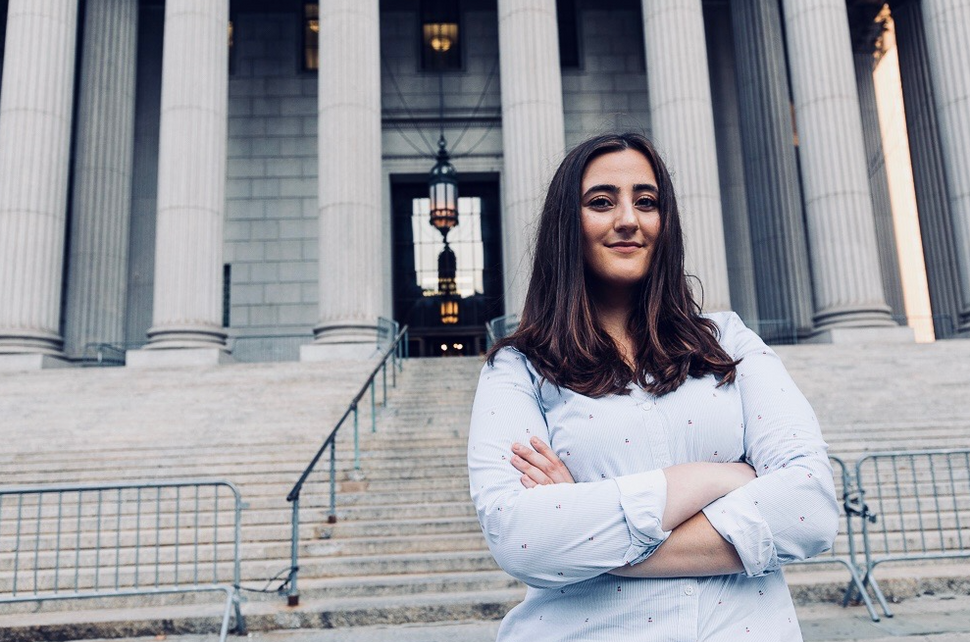 Molly Meisels, a student at Yeshiva University, wanted to invite assemblymember Deborah Glick to talk about her experience as New York’s first openly gay legislator to the school’s College Democrats club. The university administration had other ideas.

Two weeks before the event took place, Meisels said she was called into an office and asked not to advertise the event in any way as LGBTQ-related and not to ask the assemblymember LGBTQ-related questions. “They told me that someone from higher up in the university was trying to stop the event from happening,” she said.

“I thought it would be great to have [Glick] as a guest, to hear what it’s like to be a lesbian woman in the New York political scene,” said Meisels. The student had wisely called the event “Overcoming adversity: Minority representation in New York politics,” avoiding any mention of the LGBTQ acronym.

Yeshiva University, a prominent Modern Orthodox institution in New York, is known for its historic unease with LGBTQ issues. For years, some students have been lobbying to start a Gay-Straight Alliance on campus, which the administration has repeatedly blocked—concerned that it would be seen as condoning same-sex relationships.

Meisels, 20, is a rising senior and the president of the Democrats Club. After the event with assemblymember Glick took place, she decided to take action and organize a march in support of LGBTQ representation and visibility at the university. The protest is scheduled for September 15, at the beginning of the new school year.

“For far too long, LGBTQ+ students have been forced into the closet by the administration. They are given a difficult time about hosting events and gaining approval for a Gay-Straight Alliance. They are hidden away, with YU leadership pretending they don’t exist,” reads the march’s event page on Facebook, which so far has over 100 people committed.

Despite some students’ enthusiasm, others have already expressed their opposition to the initiative. Someone wrote on the event page: “Until an ‘S’ is added, L.G.B.T.Q. pride will continue to be a system of oppression designed to systematically erase straight people from existence.”

The student club has also published a list of demands from the school’s administration—that the university’s president, Ari Berman, make a statement condemning homophobic rhetoric on campus; asking that events on LGBTQ issues not be denied; and the approval of a Gay-Straight Alliance club.

Since she got to Yeshiva University, Meisels—who is majoring in political science and art history, and dreams of a future in education—said she has been fighting for LGBTQ rights at the university.

“There’s a total lack of LGBT representation on campus; right now, there are probably only two students who are out of the closet,” she said. “LGBT students are living in fear and in shame. They’re afraid of their families finding out, and of being subjects to homophobia. There is outright homophobic rhetoric—more on the men’s campus—from some rabbinic figures who support conversion therapy. This is a problem for the LGBT students who want to be part of the religious community.”

Meisels said that she and her peers first tried to advocate from the inside, by working with the administration. She said they had several meetings with the Dean of Students and other leadership figures, but “nothing came out of those meetings.” Now, the club has decided to take a stronger stance by marching.

Another student is helping Meisels organize the march: Courtney Marks, a 21-year-old biology major who has been recently appointed as the Vice President of Women’s and LGBT+ Rights of the YU Dems club. “It’s been busy and stressful, but we’re excited for the march, it’s worth all the hard work and the planning,” she said.

Marks moved from Toronto to New York in 2016 to attend Yeshiva University’s Stern College, and she said she was the only openly gay student on the women’s campus when she first started school. During her time at Stern, she said she’s heard countless homophobic comments coming from both students and faculty members.

“During my first semester, a rabbi said in class that the Torah says that gay people should be stoned,” she recalled. “He meant that, according to the Torah, we don’t have the right to exist. I remember running out of the classroom and calling my mom crying. Another student told me: ‘I don’t believe trans people have a right to exist.’ People talk about LGBT issues…as if we’re not in the room.”

Marks said the school “has put barrier after barrier, every time we’ve tried to organize an LGBT-related event or an event with an LGBT speaker.” Yeshiva University’s Dean of Students Chaim Nissel has not responded to the Forward’s request for a comment.

The march will begin at Washington Heights’ Bennett Park, with the opening remarks from the organizers. Then, the students plan to walk to the university’s Wilf Campus, home to the men’s Yeshiva College, and hold a rally in front of the library.

Meisels and the other members of the College Democrats are currently recruiting speakers. The list includes Rabbi Steven Greenberg from the organization Eshel, himself an alumnus of Yeshiva University; Joy Ladin, professor of English literature at Stern College for Women; and Justin Spiro, a social worker and LGBTQ advocate.

“We’re marching for visibility, to let the YU community—but also the broader Orthodox community—know that LGBT students exist,” Meisels said. “As of now, Yeshiva University is not a welcoming environment for those students. And that’s very unfortunate.”

Marks said that she’s doing this because she loves the school: “Part of the reason why I want to change the school is that I do love it, and I want it to improve,” she explained. “Fighting and protesting for change has always been a fundamental part of democracy. If I didn’t actually care about the school, I wouldn’t be fighting for it.”

At Yeshiva University, Students Prepare To March For LGBTQ Rights