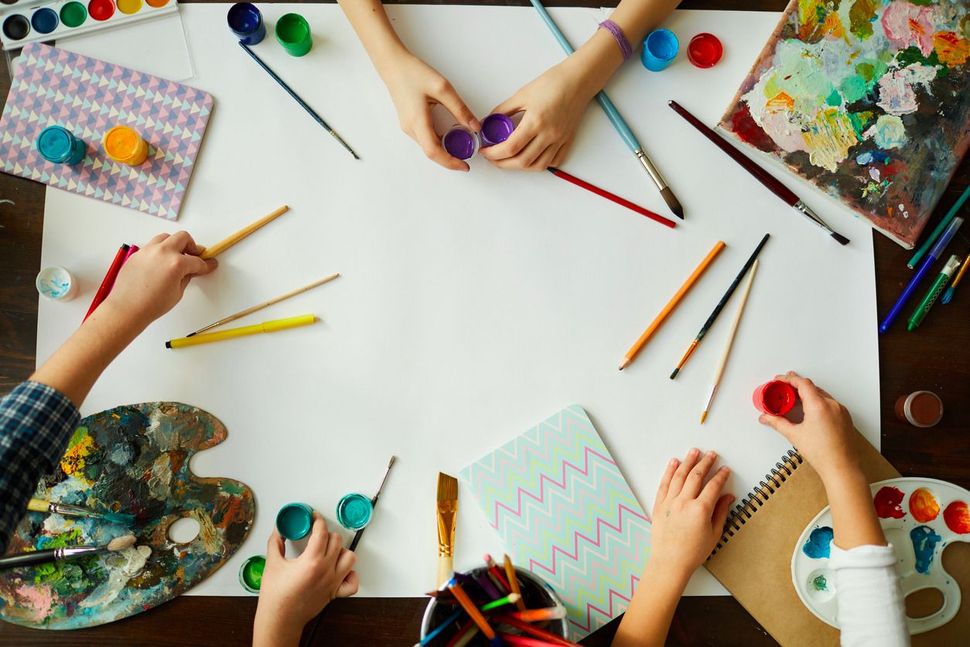 With camp cancelled, kids and parents are facing a long summer at home. Image by iStock

On Thursday afternoon, a long-dreaded email arrived in inboxes throughout the Reform Jewish community. Amid concerns about operating safely during the coronavirus pandemic, it announced, the Union of Reform Judaism had decided to cancel all sessions in its large network of summer camps. 10,000 campers ages four to 18 are affected by the shutdown, and many see it as a harbinger of more camp cancellations to come.

The decision wasn’t a surprise, given that everything from schools to hair salons to state legislatures is closed. But it was still a blow for the kids who had been “living ten for two,” or spending ten months of the year looking forward to the two spent at camp. It’s also a blow to their parents, many of whom are already feeling the strain of supervising kids while working from home. Now they’re facing more of the same in the form of a long and unstructured summer.

So, what exactly can parents do to make their kids feel less bereft at the loss of color war — and to buy themselves a few hours to work? We asked David Bryfman, the CEO of the Jewish Education Project, and Meredith Lewis, Director of Content at PJ Library, about planning a summer without camp. Here’s what they have to say.

For many kids, the loss of summer camp will be “devastating and significant,” Bryfman said. “Not to acknowledge the loss is a mistake.” But what exactly does that acknowledgement look like? Focus on listening to children, and ask them specific questions about their feelings: What are their favorite camp activities? What will they miss most? Those answers, Bryfman said, are also solutions. If a child says he misses chatting with friends before bed, see if you can corral bunkmates into a weekly bedtime Zoom call. If she was really looking forward to swimming lessons, see if your area’s social distancing restrictions permit you to visit a pool or a body of water.

But for some kids, Lewis added, recreating camp rituals might lead to additional “longing and nostalgia.” Be sensitive to that, and if your kids want to pretend camp never existed, go with the flow.

Inevitably, many parents will have to park their kids in front of the TV while they get some work done. Bryfman said that parents should accept that previous screen time limits are no longer applicable and instead collaborate with kids to establish new ones.

Lewis said there are ways for parents to make watching TV a more “active” pastime. Steer your kids towards shows that give them ideas for other, unplugged activities. One of her favorite, secretly enriching shows is Lego Masters, a Lego-building competition that can give kids inspiration to make their own creations.

Above all, she said, parents should be forgiving of themselves. “Many of us that grew up in Generation X, we watched a lot of TV and we turned out alright,” she said. “They’ll turn out alright too.”

Look out for virtual programming, from camps or elsewhere.

Bryfman predicts that many camps will host virtual events for kids stuck at home. It’s possible that your kids will be able to participate in scavenger hunts or other group activities, connecting with bunkmates they won’t see in person this summer.

Other Jewish organizations are curating and creating content for quarantine as well. PJ Library has created a collection of resources geared towards younger kids, while BBYO’s new OnDemand service hosts regular events for tweens and teens.

Virtual events can help families replicate the Jewish identity-building central to the summer camp experience. If your kids are missing Kabbalat Shabbat singalongs or Havdalah rituals, seek out online services at your own synagogue or one across the country. JewishLIVE, a new website created specifically to facilitate Jewish virtual programming during quarantine, has a list of offerings from synagogues nationwide. The platform also hosts regular singalongs and other events for kids.

Find ways to give kids independence.

For Bryfman, there are three essential factors that “make camp camp:” the opportunity to learn something new, the challenge of doing so independently and the experience of sharing it with friends. Ask your kids if there’s something special they’d like to learn over the summer, and see if there’s a way for them to accomplish it with a minimum of supervision from you. If possible, plan for a virtual end-of-summer gathering with camp friends so everyone can share what they’ve accomplished.

Especially for younger kids, even taking charge of activities around the house can be an empowering change from normal routines. Lewis said that during quarantine, her 7-year-old son has learned to make his own breakfast and lunch. “Yes, there was an exploded smoothie in our kitchen one day,” she admitted. But he learned an important skill and she got a break from cooking — it was worth it.

But keep in mind, Lewis added, that the activities your children choose may not be the ones you find most useful or impressive. Your kids might want to learn how to cook or play an instrument — or they might want to get really good at playing Magic: The Gathering. She advised parents “throw themselves into” the things that make kids enthusiastic, whatever those things are.

Structure your time, but ditch the color-coded schedules.

Those insanely organized childcare schedules that mythically well-organized parents post on social media? In real life, said Lewis, they never work. Instead of planning every minute, think in terms of “grouped” activities. Designate time for going outside, for example, for working on something creative, or simply for playing quietly. Within those loose parameters, kids can choose the activities they prefer. This kind of schedule mimics the structure of camp while providing autonomy to kids — and some much-needed structure for parents.