‘Somehow in the morning there’s something there:’ How one pastor is feeding the hungry 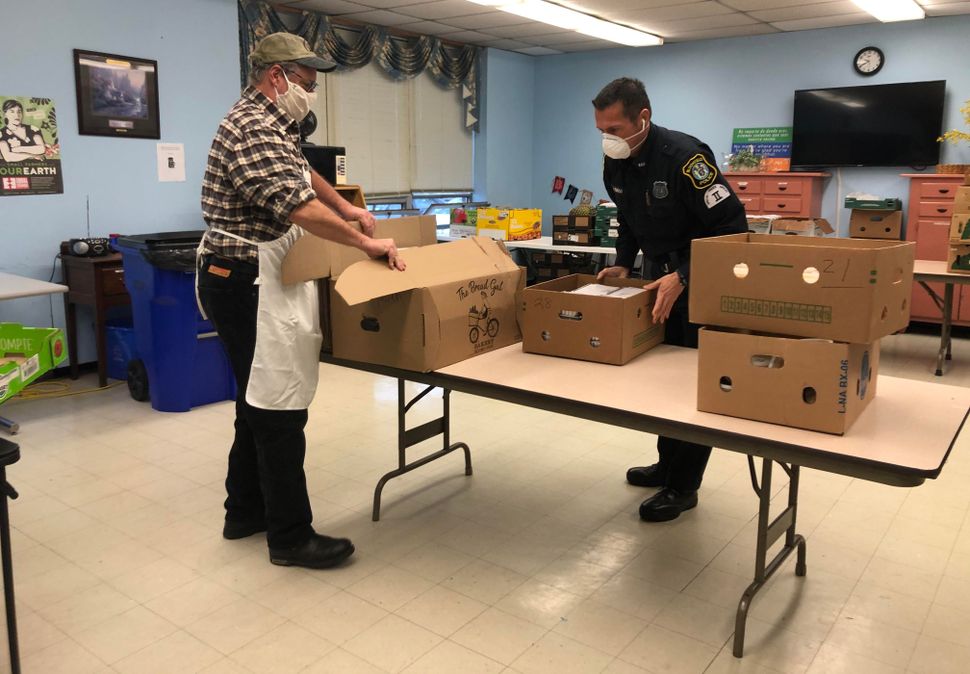 “I get here and the room is empty,” he explained one recent morning as we sat in the so-called multipurpose room of his Park United Methodist Church in Bloomfield, N.J. “And then by 10:30, there’s food in it. And then by 1 o’clock there’s not.” 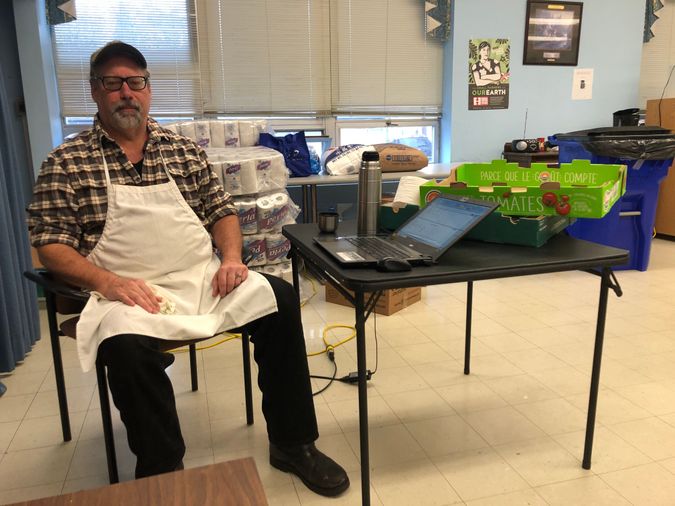 What started with the onset of coronavirus as a makeshift way to give a little extra to the working-class families of Hubbard’s congregation has become a food pantry supplying groceries to some 200 households a week.

It’s a small operation — many like it must have sprung up across the country as unemployment has spiraled along with illness and death. Its simplicity and straightforwardness are what make it remarkable. With the help of a handful of volunteers from his church and the nearby Temple Ner Tamid, where I happen to belong, Hubbard has distributed 11,010 pounds of produce, 4,088 pounds of meat, 16,635 pounds of non-perishables, 360 dozen eggs and 2,533 rolls of toilet paper since March 15.

I’ve been spending an hour there most Tuesday mornings serving the hungry people who snake around the church parking lot; the last two Mondays, I’ve also taken my kids by for 45 minutes of unloading the van. It’s literally the least I can do: put on a mask and gloves and put some potatoes and onions and milk and maxi-pads into grocery bags for someone else.

“It really doesn’t matter whether you can or you can’t,” he added. “There’s things that happen, and you just do.”

So when Hurricane Sandy hit in 2012, Hubbard, who had arrived at Park United as lead pastor the year before, made the church into a sanctuary for up to eight families who stayed for five or six weeks.

After that, the church started serving a hot lunch one Sunday a month to whomever showed up. One year, an outfit in neighboring Montclair that served meals daily had to close for the summer, so Park United picked up Wednesday lunch with the help of volunteers from our synagogue, known as TNT. When summer ended, the TNTers wanted to keep going, so they added a second monthly Sunday lunch. Since I joined the shul in 2016, I’ve occasionally chopped some vegetables for what the regulars call Bloomfield Cafe.

“I knew that any kind of economic downtown was going to affect the families within the parish itself — we started cooking meals for our families,” Hubbard said. The church had a relationship with the New Jersey Cooperative Food Bank in Hillside, from the Sunday lunches. “We placed an order, we did what we could.”

That first week, Hubbard’s team handed out 65 frozen meals and three cases of milk to 35 families. Then a local food center had to close because of infection: Hubbard handled 310 families and 400 frozen meals plus 850 pounds of produce and 1,200 pounds of non-perishables. It’s settled back to about 100 households every Tuesday and Thursday, 11 a.m. to 1 p.m. When I arrived for my shift Tuesday at 10, people had been lining up for more than an hour.

One week, there were crates and crates of huge, beautiful pineapples. Another, endless boxes of 5-pound blocks of “Nozzarella” — vegan cheese. This week, along with a full array of fruits and vegetables, there were several freshly frosted birthday cakes, dozens and dozens of hot-dog buns and bagels, some kind of organic blueberry water; I spent the morning putting 4,500 hard-boiled eggs into Ziploc bags of 6, 12, 18.

“Fifty pounds of premium sushi rice!” Hubbard exclaimed, pointing to a bag in a corner waiting to be broken down. “We didn’t get any sushi, but we got the rice.”

Hubbard is a former personal banker and college football coach. He graduated from Dartmouth College, where he was an offensive lineman, in 1982; was ordained in 1987; has four adult children and “one living” grandson, who is about to turn 4. His wife, Grace, is the church’s director of sacred music. The mask she wears at the food pantry says “Grace.” 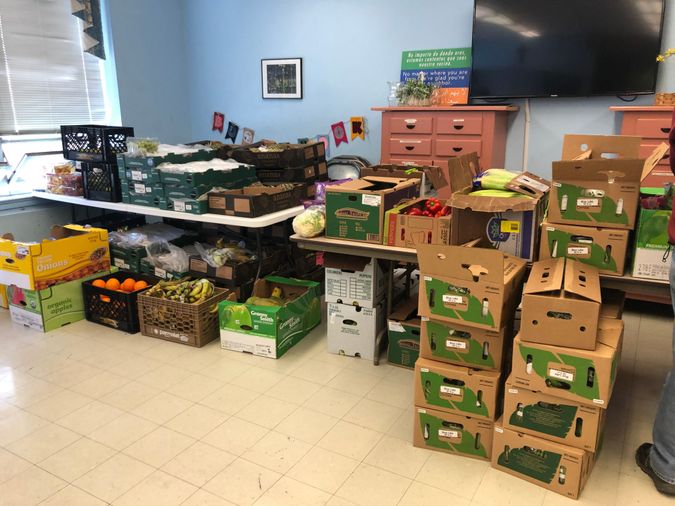 My first week, the pastor told me to make sure of two things: to introduce ourselves — “I’m Joel, and you are…” — and to write down how many people in each household served. The first was about dignity. The second was fodder for grant applications to support the growing operation.

Each day, we array the offerings on a table in the parking lot, so customers can select what they want — more dignity, plus less wasted food than if we pre-packed bags, Hubbard explained,

Park United is a congregation of 100 families from 22 different countries, 57% people of color. Four have died of Covid-19. Sunday services are now on Facebook Live, and if you think synagogues are struggling financially because of social distancing, consider this: The church has no membership dues. It relies on the collection plate — which brought in about $4,000 per week — to make its budget.

Which brings us back to manna. “My understanding of that incredible story of sustenance is that the Creator draws people out of an experience of slavery, brings them into an experience of liberation, and they act in faith,” Hubbard began, preaching a bit now. “They’re angry, they’re afraid, they’re rebellious — they’re all the things that I am. They doubt. They complain. And yet God is still God. And says all right, fine, when you get up tomorrow, see what’s outside.

I put on my mask and gloves, and put a pineapple and some hard-boiled eggs into a grocery bag for someone else. It’s literally the least I can do.

‘Somehow in the morning there’s something there:’ How one pastor is feeding the hungry