My psychiatrist committed suicide. Here’s what I wish I’d said. 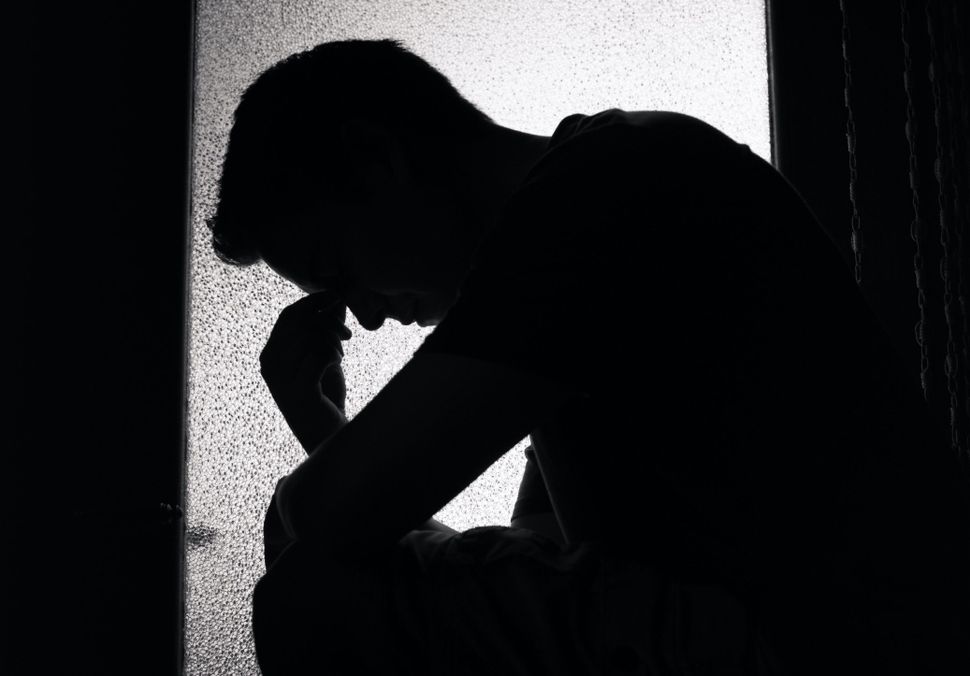 If you or anyone you know is in the grips of depression, tell them they are at the mercy of faulty thinking, and there is help available. Image by iStock

This week my shrink committed suicide. My psychiatrist had left a few voicemails for me about upcoming appointments or regarding medicine refills.

Our current schedule was such that we only saw each other once every three months now. Last Friday, my doctor called me.

I took the call. He was calling, he said, because he knew we had an appointment coming up shortly and he would not be able to see me. He had a serious health issue, he said, and he would no longer be seeing patients. He had someone he wanted to refer me to, who he thought was good and would be able to care for me. He gave me the number. He said he felt that the work we had done together was good and he was glad it helped.

Our relationship was such that it did not feel right for me to ask too much concerning my doctor’s personal health issues. But there was something in the timbre of his voice that sounded rushed — anxious, concerned, and fatalistic. It sounded like this health crisis, whatever it was, had come upon him suddenly, without warning, and that it was fatal.

Although my doctor was older, he had been in vigorous good health, and was a serious hiker, who took vacations where he hiked along mountain trails for weeks. He was also vigilant about his weight (I know this because he was vigilant about mine and I was less so).

After letting the information sink in, I called a mutual acquaintance, the person who had originally referred me to him.

He told me that my psychiatrist had recently been diagnosed with a health issue, a serious one, but that he was being treated for it, and while serious, it might not, in fact, prove fatal. But the diagnosis and a horizon of diminished and failing health, had sent him into a tailspin, a chemical depression which he was in the grips of, so much so that he didn’t feel he could offer competent therapeutic advice to this patients.

I took it all in. I wondered if I should call him back or at least leave him a voicemail of support, telling him what he already knew: that I had been where he was, and had come out the other end. He had to have confidence that his depression was treatable, and that while none of his health issues would disappear, how he felt about them and his energy in tackling them would change.

And then a few days later came the call that he had died. A suicide.

I imagine that he saw no other way out. I know from my own experience that when you are in the grips of depression, your mind, spinning furiously round and round in an endless loop, sees no possible solution. No way out. And if you are someone who has relied on their mind to find solutions, strategies, to triumph over whatever problems are set before you, then you believe your mind when it tells you nothing is possible.

Objectively, this is a bad time. The COVID-19 pandemic has made the elderly prisoners in their own homes, with a bleak and uncertain future ahead. The murder of George Floyd and the Black Lives Matter protests have exposed the deep scars in this country from its history of racial injustice.

It is natural to find all this depressing and grim, and understandable that it adds to our anxiety and feelings of powerlessness or despair. And, certainly, those are valid contributing factors to someone feeling depressed. But someone in the grips of a depression is also the victim of faulty thinking, of believing no solutions exist, no joy possible. And that is something about which the right medication can make a huge difference. It can give you the ability to fight as valiantly as you can, and to accept that even if you can’t change the outcome, you can certainly live with it.

This is what I wish I could have told my doctor.

I still remember the day I first saw him. In the two hours before my appointment, I did not see how I could even get through lunch, or how I could survive the time until our appointment.

I recall the first morning when, having upped the dosage of a second medication he had put me on, I suddenly felt different, not better but like something had shifted. I was still racked by anxiety but I was more able to manage strategies to get me through the day, more able to fake or mask how I was feeling in front of other people.

And in that ever so slight shift, I began to have hope. Hope that the medication might indeed work, that I might indeed not just return to normal but to a normal where I better managed the challenges I faced.

I first saw my psychiatrist. in early February. By May 1, I was able to travel, see friends, make a joke. I was even able to write an article — not my best work, but it was still tremendously satisfying, gratifying, and encouraging.

All in all, the winter of my discontent lasted some four or five months. That was nine years ago. Since then I’ve been enormously productive, having published almost a dozen books, as well as dealt with a whole host of other personal, financial, and family issues.

Whenever I would share with my doctor whatever small achievements I had, he would marvel and say, “I guess I must be doing my job well.” It was a running joke between us. All the more enjoyable because it was true.

I believe that when my psychiatrist called me, his mind was already made up to kill himself. Like the diligent person he was, he was putting his business in order. He even referred me to another psychiatrist who I will call this week, much to my regret.

I wish I had told him to believe that he could feel different and think differently about the problems he was facing. Now I will never have that chance.

But you still do. If you or anyone you know is in the grips of depression, tell them they are at the mercy of faulty thinking, and that there are good doctors out there who can help. I know it’s so because he was one to me. I only wish he had believed he could be helped as much as he helped me.

Tom Teicholz is a journalist and author of Ivan of the Extermination Camp: How the Trials and Denials of Nazi Collaborator John Demjanjuk Have Added to Our Understanding of the Holocaust (Pondwood Press/Amazon).

My psychiatrist committed suicide. Here’s what I wish I’d said.