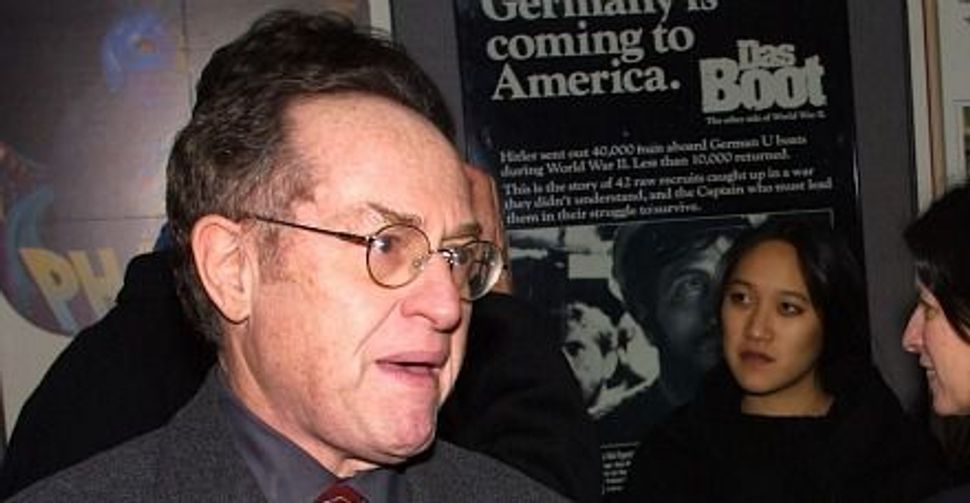 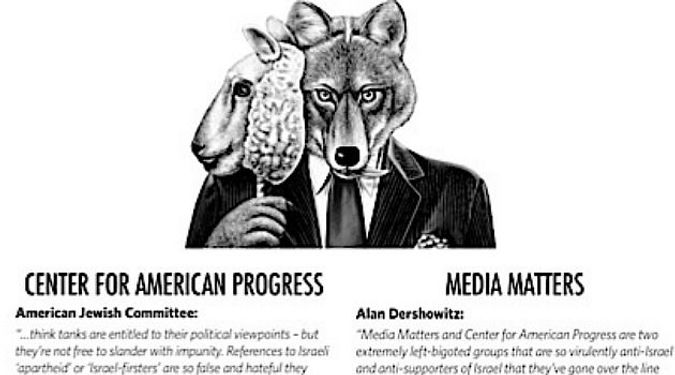 Backfired? This ad from the hawkish Emergency Committee for Israel quickly spurred a backlash. Maybe that?s just what the group had in mind. Image by emergency committee for israel

On the face of it, a hawkish pro-Israel group’s campaign against Jewish charities it accuses of funding anti-Israel organizations looked like a failure.

Several people quoted in the Emergency Committee for Israel’s New York Times advertisement quickly distanced themselves from the ad. And the Jewish groups it targeted reported hardly any change in their support.

But the public blow-up may have been exactly what ECI had in mind.

“We wanted to start a conversation about the appropriateness of mainstream philanthropies supporting organizations… that are so hostile to Israel,” Noah Pollak, a spokesman for ECI, wrote in an email to the Forward. “The conversation has begun.”

The controversy started when ECI ran an ad — featuring a wolf’s head glaring out from behind a sheep’s mask — attacking Jewish groups for channeling donor funds to think tanks Media Matters and the Center for American Progress.

Most of the high-profile Jews or groups quoted in the ominous-looking ad spoke out against it.

Harvard Law School professor Alan Dershowitz was cited in the ad. Writing in the Forward, he said it “misrepresents the truth.” The Anti-Defamation League’s national director, Abraham Foxman, told The New Yorker that the ad was “misleading, distorted, inaccurate.”

Meanwhile, most of the five Jewish organizations that were named in the ad told the Forward they had hardly been affected, despite ECI publishing their telephone numbers.

Jewish federations in Cleveland, San Diego and Boston said that half or more of all the calls they received in response to the ad had been supportive.

Jennifer Gorovitz, CEO of the Jewish Community Federation of San Francisco, said, “We have received a small number of phone calls and emails, and almost all of the feedback we have gotten has been to support the federation and to state that the ad seriously misleads.”

Federations find ECI’s insinuation that the liberal groups were supported by federation funds to be disingenuous at best.

CAP and Media Matters were awarded grants via a fast-growing mode of philanthropy known as donor-advised funds, administered by Jewish federations or related organizations.

A donor-advised fund is a kind of tax-free charitable checking account. Wealthy fund owners decide how to make their grants. Administrators have the power to refuse to make grants, but in practice they rarely do.

In recent years, Jewish donor-advised funds have awarded money to groups that promote right-wing settler movements in Israel, as well as to groups that dispute the theory of evolution and to the organization JONAH, which believes it can “cure” Jews of homosexuality.

Jewish donor-advised funds usually draw the line at organizations that proselytize; those perceived as threatening Israel’s right to exist; and so-called BDS groups, which seek to boycott, divest from and sanction Israel.

Neither CAP, a mainstream liberal think tank linked with the Democratic Party, nor Media Matters, which says it “monitors conservative misinformation” in the media, fall into those categories.

But both groups have been embroiled in a months-long debate over inflammatory language used to discuss Israel.

A few CAP and Media Matters staffers have used the term “Israel-Firster” to describe hawkish pro-Israel supporters, a term the ADL, among other groups, has called anti-Semitic.

CAP apologized for its use of the term. Media Matters stood its ground.

Pollak said the controversies should disqualify the groups from getting funds through Jewish federations.

“DAFs [donor-advised funds] have restrictions, such as not giving to BDS groups,” he said. “We think those restrictions should apply to groups such as Media Matters, which has chosen to employ someone who calls American Jews ‘Israel-Firsters’ on a regular basis.”

Dershowitz, who maintains a donor-advised fund with the Boston federation, may have criticized the ECI, but he also drew a distinction between CAP and Media Matters.

He said although both groups fell outside the Boston federation’s criteria to deny a grant, he hoped the federation would alter its guidelines so that groups such as Media Matters would be excluded in the future.

So, despite triggering Dershowitz’s ire, the ECI ad succeeded in putting on the table a discussion on limiting funding of liberal groups.