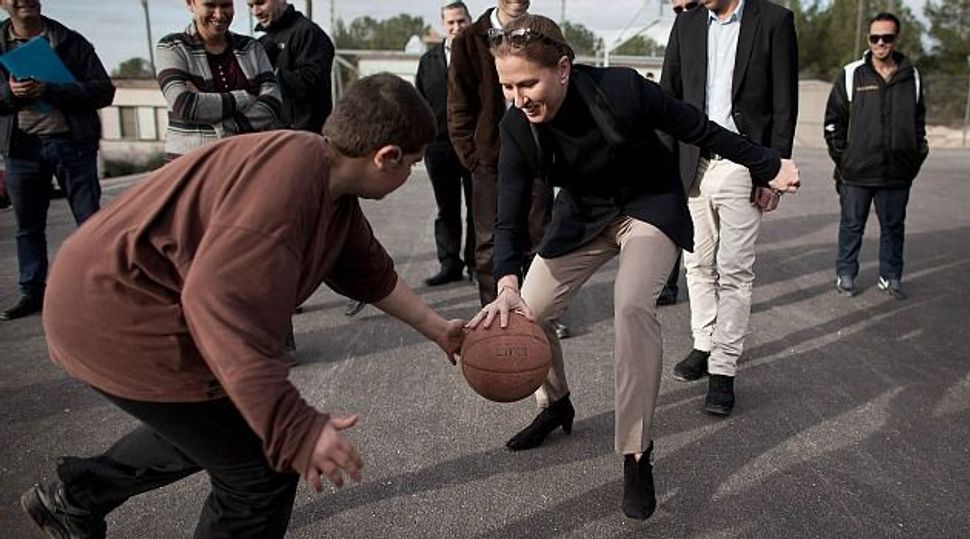 Tzipi Livni’s coalition pact with right-winger Benjamin Netanyahu speaks volumes about the obstacles ahead for the moderate former Israeli foreign minister in her new task of pursuing peace with the Palestinians.

Expectations of a new peacemaking initiative have been raised by a planned visit to Israel, the West Bank and Jordan next month by U.S. President Barack Obama, who has clashed with Netanyahu over the prime minister’s policy of expanding settlements on occupied land Palestinians want for a state.

But the coalition deal attested to wariness between Livni and Netanyahu and seemed couched to reassure hardliners in his Likud party that the prime minister, who is deeply mistrusted by Palestinians, will ultimately call the shots.

Taking his first step in forming a new government after a Jan. 22 election, Netanyahu announced on Tuesday that Livni would serve as his justice minister and handle efforts to renew peace talks with the Palestinians, frozen since 2010.

Palestinian reaction was reserved, with some officials saying they first wanted to see the final shape of the government Netanyahu is trying to put together.

The addition of the six parliamentary seats won by Livni’s centrist Hatnuah party to the 31 captured by Netanyahu’s Likud-Beitenu faction falls short of a majority in the 120-member Knesset, and he must still recruit other partners to govern.

And while her appointment as negotiator seemed to signal a new peace drive, it raised questions whether Livni would be just a fig leaf for Netanyahu, whose pursuit of settlement expansion in the West Bank has been a critical factor in the impasse.

“He will use her as a whitewash, as a PR (public relations) person overseas,” Yossi Verter, a political commentator for the left-wing daily Haaretz, wrote on Wednesday.

“He’ll send her often to the Americans and the Europeans, who like her, so she can explain how hard coalition life is, and how insubordinate the Palestinians are.”

Addressing such scepticism, Livni told Hatnuah legislators that her former party, the centrist Kadima, “would have been a fig leaf for an existing policy” had it followed other factions and joined the government Netanyahu formed four years ago.

But with current coalition efforts still in flux, she said, Hatnuah had come to the cabinet table first and its agreement with Netanyahu and commitment to peace would serve as guidelines for setting government policy.

In 2006-2009, Livni failed as then-Prime Minister Ehud Olmert’s foreign minister and peace negotiator to clinch a peace deal even after he offered a withdrawal from much of the West Bank, which Israel captured in a 1967 war.

Now, key clauses in the coalition accord appeared tailored to rein in Israel’s most prominent female politician,

She “will coordinate with the prime minister – who bears supreme responsibility and directs policy – the moves that she proposes and will regularly report all developments to him”, the text of the pact read.

It also stipulated that Netanyahu, who has balked at again freezing settlement after a 10-month partial construction suspension three years ago, would keep a watchful eye on his new political partner.

“The prime minister will appoint a senior representative … (who) will permanently accompany the negotiations and participate in every meeting, contact and discussion related to the peace process,” the agreement said.

“There will be no parallel negotiations.”

“I hope (Livni’s appointment) is not a tactical move on part of Mr. Netanyahu in preparation for the visit of Mr Obama,” said Abdallah Abdallah, a senior official of Palestinian President Mahmoud Abbas’s Fatah movement.

Outgoing Defence Minister Ehud Barak, who has long called for concerted negotiations with the Palestinians, was widely viewed as playing a “fig leaf” role for Netanyahu.

The prime minister’s testy relationship with Obama has been highlighted by differences over settlement policy and how to restrain Iran’s disputed nuclear programme.

The Palestinians have refused further negotiations with Israel without another halt to settlement-building, which they say is rapidly consuming territory they need for a viable state. Netanyahu has said he is open to talks without preconditions.

“Livni is experienced in peace negotiations, but what’s more important … is the political decision (she) will implement, and that depends on the policy of Mr. Netanyahu’s government,” Abdallah said.

Both Israel and the United States also have been playing down prospects for a breakthrough in efforts to create a Palestinian state, which Netanyahu says must be demilitarised and not pose a security threat to the Jewish state.

Asked in an Israeli Army Radio interview Wednesday whether Netanyahu had made her any promises to curb settlement building in the West Bank, Livni said the issue of reviving peace talks was “complicated”.

“After the government is formed, I will see what is needed to restart peace negotiations, what are the conditions and the positions of the United States, Europe and the Palestinians.

“Only after that will we know if there are any decisions the Israeli government needs to make,” she said.