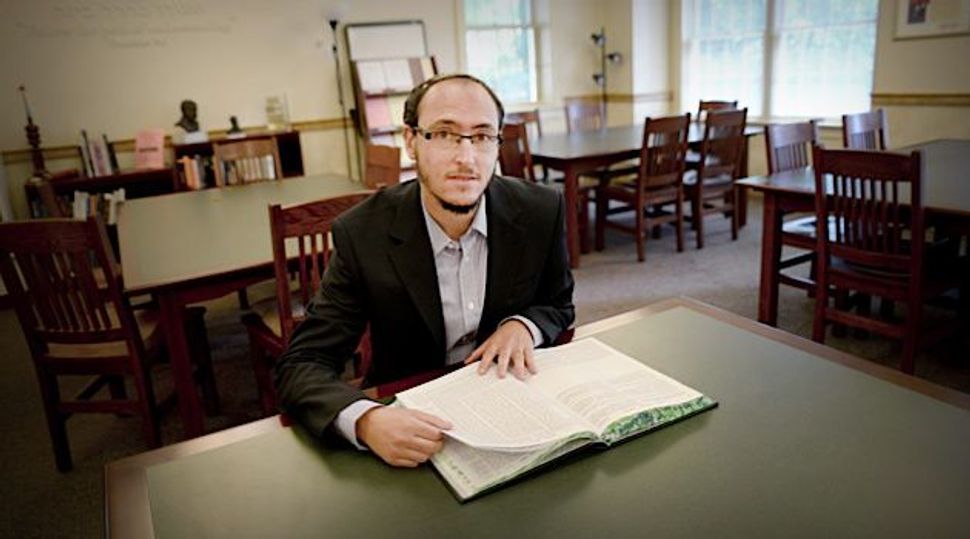 Future Leaders: Jacob Lieberman who is studying to be a rabbi at the Reconstructionist Rabbinical College will be ordained in the next few years along with two other transgender rabbinical students. Image by MARIA POUCHNIKOVA

In the next few years, the number of transgender rabbis in America is expected to double — from three to six.

The tiny cohort makes up a miniscule percentage of the rabbis graduating rabbinical school, but these individuals have already played a big role in their respective seminaries to provoke conversations about gender and Judaism. They’re also paving the way for more transgender rabbis to come.

According to LGBT Jewish advocates, transgender issues are the “new frontier” for the mainstream non-Orthodox community, which has focused on incorporating lesbians and gays in the past several decades. Both the Reform and Reconstructionist movements have initiated programs on transgender inclusion.

Yesterday, we introduced you to the first two rabbis to be ordained by the Reform movement — Reuben Zellman and Elliot Kukla. And to Emily Aviva Kapor who was ordained before her gender transition privately by a “Conservadox” rabbi.

Today, we turn to three rabbis-in-training. Jacob Lieberman and Leiah Moser are students at Reconstructionist Rabbinical College who are meeting with Reconstructionist synagogues to talk about their respective paths to the rabbinate. And Ari Lev Fornari, an activist for Palestinian rights, is a student at Hebrew College.

All six rabbis and rabbis-in-training are actively involved in creating Jewish ritual for gender transition, from a prayer for binding the chest to a prayer for taking hormones. It remains to be seen whether these individuals will gain long term employment as Jewish leaders. But they’ve already become sought-after voices on panels at synagogues and in community centers on the topic of gender transition and Judaism.