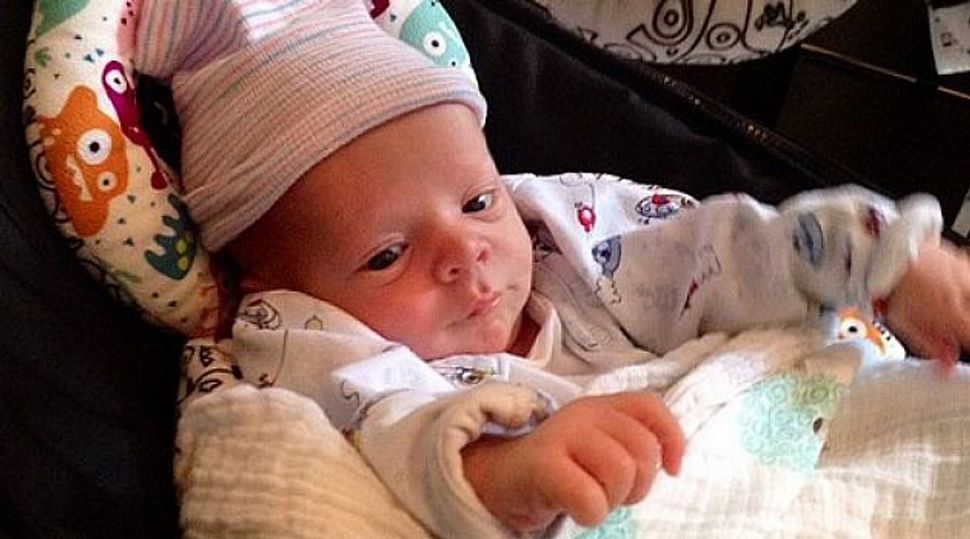 (JTA) — Even before their daughter, Ayelet Galena, was diagnosed with a rare bone marrow disease called dyskeratosis congenita around her first birthday, parents Hindy Poupko and Seth Galena knew they wanted to have more children.

But once the diagnosis arrived, the couple had a dilemma: There was a fair chance their next child would have the life-threatening genetic disease, too.

Over the course of the next year or so, Galena and Poupko didn’t have much time to think about other kids. They were busy tending to Ayelet, whose struggle they decided to document on a blog, “Eye on Ayelet.” It quickly gained a following in the thousands. While her kidneys failed her, Ayelet became an Internet sensation. Galena dubbed the phenomenon “Ayelet Nation.”

When Ayelet died on Jan. 31, 2012, less than two months after her second birthday, thousands of people from around the world who had never met the little Orthodox Jewish girl from Manhattan’s Upper West Side seemed to share in her parents’ grief, overwhelming Poupko and Galena with condolence messages, food packages and gifts.

This month, good news finally arrived in the Galena-Poupko household: The couple had a new baby, a healthy boy born two weeks ago. On Sunday at his bris, they named him Akiva Max Galena.

The journey that led to their second child was no easy feat, as Poupko and Galena told JTA this week in an interview squeezed between feedings and diaper changes.

When Ayelet was diagnosed, she immediately was tested for the seven known genetic mutations that cause dyskeratosis congenita. But the results showed she didn’t have any of them, which meant her illness was caused by an unknown genetic mutation that could not be identified by prenatal screening.

“From that moment we always knew that having more children and confidently healthy children would be a challenge,” Poupko said. “They couldn’t even tell us if the disease was inherited or not.”

The couple had two options: They could get pregnant again and risk having another sick child who might suffer and die young, or they could wait for the science to catch up. If the genetic mutation that caused Ayelet’s disease could be identified, they could do in-vitro fertilization and test the embryos before implanting them in the uterus to make sure they didn’t carry the disease-causing gene.

The couple decided to wait.

“A lot of people would say lightning doesn’t strike twice, but this is a science,” Poupko said. “Statistically, we knew the likelihood of us having another child with the disease was 25 percent.” 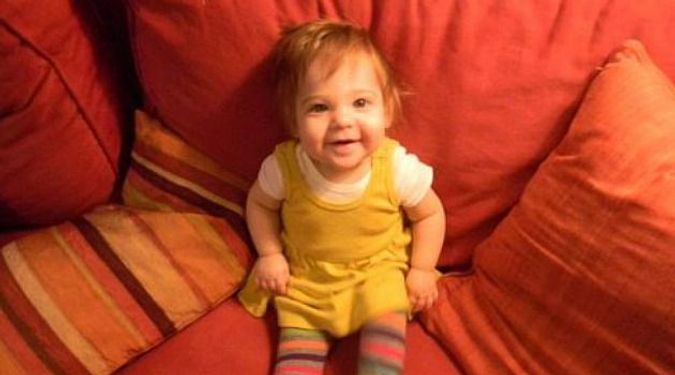 They joined a National Institutes of Health study led by Dr. Sharon Savage of the National Cancer Institute to find the genetic causes for a number of inherited bone marrow diseases. The couple was told the process could take a few years, and by the end there would be only a 50-50 chance that the genetic mutation that caused Ayelet’s illness would be found.

While they were dealing with Ayelet’s tests, hospital stays and a bone-marrow transplant at Cincinnati Children’s Hospital Medical Center — and eventually her tragic passing — researchers at the NIH were working on the genetics in consultation with scientists at the Rockefeller Institute, Mount Sinai Hospital and Johns Hopkins University School of Medicine.

With Poupko in her late 20s, the two figured they could afford to give the NIH study some time before trying for another baby.

“At that point we weren’t ready to roll the dice and take a chance,” Galena recalled. “I think in a strange way it was helpful, because it gave us the time to heal from Ayelet’s death. For both of us that was a good time for mourning Ayelet properly. It took me the full two years to really start thinking about things in a forward-thinking way.”

In the year after Ayelet’s death, Poupko and Galena grappled with their grief, worked on reconnecting with each other and immersed themselves in routine and adventure.

At work, Poupko was busy at the Jewish Community Relations Council of New York, fighting the boycott, divestment and sanctions movement against Israel and keeping up the campaign for public pressure to counter Iran’s nuclear program. Galena went back to work at VML, a digital marketing and advertising agency. After the massacre in Newtown, Conn., in December 2012, Galena and some colleagues built a tribute website, TacosforNoah.com, dedicated to the memory of the youngest Sandy Hook shooting victim, Jewish 6-year-old Noah Pozner.

When the 30-day mourning period following Ayelet’s death ended, Poupko and Galena went on a healing trip to Israel, and later they flew to Thailand on a trip Poupko describes as “awesome.”

As longtime pillars of the community of young Modern Orthodox Jews on the Upper West Side, they also leaned on their many friends and family members, whom Galena credits with helping the couple through the mourning process.

They always were eager for word of progress on the genetic front, but Poupko says they tried not to be consumed by it.

“I wasn’t crippled with anxiety,” Poupko said. “I felt like one way or another we would figure out a way to build a family together. I just didn’t know when or how.” But waiting was not easy, and it was made more difficult by inquiries about why the couple wasn’t having more children.

“I’m not exactly a patient person. It was definitely a challenging time for our lives,” Poupko said. “We were very open about it even though it was painful. People who were close to us understood that we were waiting to safely have more children.”

Unlike with most NIH studies, in this one the researchers doing the genetic work were in direct contact with Galena and Poupko, who would call weekly for updates.

The good news finally came on April 11, 2013. Poupko remembers where and when she was when she got the call. After the NIH nurse on the phone told her that Ayelet’s genetic mutation had been found, Poupko broke down, sobbing.

“We had been following up, calling them nonstop, but they had never called us before,” she recalled. “It was amazing. We knew at that moment that we would have that future we’d always wanted.”

From there to getting pregnant was a relatively short road, but not an uncomplicated one. The couple went through a process called preimplantation genetic diagnosis, or PGD, in which the female’s egg and the male’s sperm are mixed in a laboratory to produce embryos. Those embryos were then tested for the mutant gene. The healthy ones were implanted via IVF.

In his bris speech, Galena offered a special thanks to the NIH, “who told us to give them five to 10 years to find the genetic mutation” but found it in less than two.

Now that they have a new baby, Poupko says she wants to help spread the message within the Jewish community about the importance of genetic testing — particularly in the haredi Orthodox community. Haredi couples whose genetic screenings show both members are carriers for certain genetic diseases often are told to break up, but Poupko says new genetic research makes it possible for such couples to produce healthy babies.

“Modern medicine gives people options they never thought possible,” Poupko says, citing her own experience of being able to screen out problematic embryos before their implantation. “The Jewish community needs to be educated on this. Ashkenazi Jews in particular need to be up to date and knowledgeable.”

She recommended JScreen as one useful resource for genetic testing for Ashkenazi Jews.

Galena says the experience of the recent pregnancy and birth was an emotional roller coaster.

“Even when we found out we were pregnant it was still a bittersweet process,” Galena said. “The thought of being parents again opened up more wounds for us about mourning Ayelet.”

“A lot of having a new child is thinking about the old one, so Ayelet’s definitely on our minds at all times,” he said. “Akiva should know what a great older sister he had.”