Does New York Jewish Federation Bear Some Blame for String of Charity Scandals? 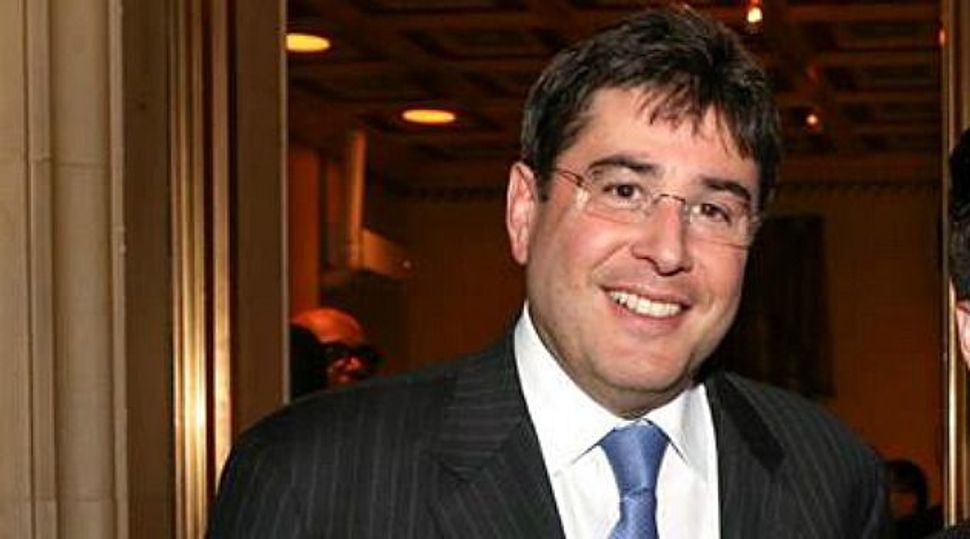 Eric Goldstein is the CEO of UJA-Federation of New York. Image by uja federation

Does the New York Jewish federation’s network of charities have a corruption problem?

New York’s Jewish not-for-profits are falling like dominoes. Scandals have rocked some of the most prominent agencies in UJA-Federation of New York’s network in recent weeks, with one agency announcing in February that it would shut down, another losing its executive director amid reports of a federal probe and a third seeking mergers to preserve its services.

In all, four UJA-Federation network agencies have been hit by scandal since mid-2013. Three have lost their top officers in connection with alleged or admitted malfeasance. Together, the scandals raise questions about the UJA-Federation network, with its long-serving CEOs and overlapping boards of directors.

“Federations have an obligation to oversee their agencies, and that becomes difficult because of the intertwining of agency boards and cross-relationships that are fairly complex,” said Rabbi David Teutsch, who heads the Center for Jewish Ethics at the Reconstructionist Rabbinical College. “They have to be more wary of conflicts of interest.”

UJA-Federation CEO Eric Goldstein declined a request to speak for this story.

In 2013, after the arrest of Metropolitan Council on Jewish Poverty CEO William Rapfogel on fraud charges, UJA-Federation drew up new governance guidelines for its network agencies. It’s not yet clear what impact those guidelines have had.

UJA-Federation lists almost 100 agencies in its network, ranging from local Jewish community councils on Manhattan’s Lower East Side to the sprawling Montefiore Medical Center in the Bronx. The network agencies receive grants from UJA-Federation and, in return, display its logo on their websites. The agencies are independent, but historically they have provided some financial information to UJA-Federation and submitted to organizational reviews.

The most recent scandal came in early February, when the head of New York Legal Assistance Group, a Jewish legal aid charity, resigned amid reports of a federal investigation into alleged “accounting irregularities.” In late January, the huge Jewish social service agency FEGS said it would shut down following a budget catastrophe. A FEGS spokeswoman insisted to the Forward on February 3 that the agency was not aware of any criminal investigation into its collapse, but then declined to comment when asked the same question February 10, after the New York Daily News claimed that multiple agencies had launched investigations of FEGS.

Meanwhile, the ramifications of the 2013 arrest of Rapfogel are still developing. Rapfogel is now in jail, and his former charity’s future is uncertain. Met Council said on January 22 that it would seek mergers to preserve its services.

All this comes nine months after the suicide of Sol Adler, the former head of the 92nd Street Y, which is also a UJA-Federation network agency. Adler was fired in the summer of 2013 after internal investigators reportedly accused him of having ignored an alleged scheme to extort 92nd Street Y contractors. Adler was having an affair with his secretary, whose son-in-law was carrying out the scheme.

The four troubled agencies share similarities, and close ties. All were led at the time of their crises by people who had been at the agencies for more than two decades; three of the executive directors had actually been in their precise posts for at least 20 years.

FEGS and NYLAG both employed the accounting firm Loeb & Troper as their external auditors, while a former Loeb & Troper partner was the Met Council’s CFO from 2012 through 2014. Loeb & Troper audit many Jewish charities, including the Forward Association, this newspaper’s publisher.

The UJA-Federation governance guidelines promulgated to network agencies in early 2014, and again this year, are meant to strengthen such oversight. Network agencies are required to confirm the existence of such basic documents as mission statements and conflict-of-interest policies, and to submit copies of some of those documents. Other questions are more probing: The guidelines ask if agencies have undertaken any major capital projects without securing funding beforehand and ask for the professional background of the chair of the board’s audit committee.

So far, it does not appear that donors have been put off from giving to UJA-Federation, despite the spate of scandals in its network.

“I haven’t seen a lot of funders being worried about Federation,” said Andres Spokoiny, president and CEO of the Jewish Funders Network. Spokoiny said that donors he’s spoken to see the scandals as of a piece with the broader corruption being revealed in the New York political system — with the recent federal charges against former New York State Assembly Speaker Sheldon Silver — and not as a particular Jewish problem.

“When FEGS goes bust, when Met Council goes bust, who picks up the pieces? The Federation,” Spokoiny said. “You kind of need the strong safety net of Federation. Some funders are asking questions about governance, but some are saying thank God we have Federation.”

Does New York Jewish Federation Bear Some Blame for String of Charity Scandals?