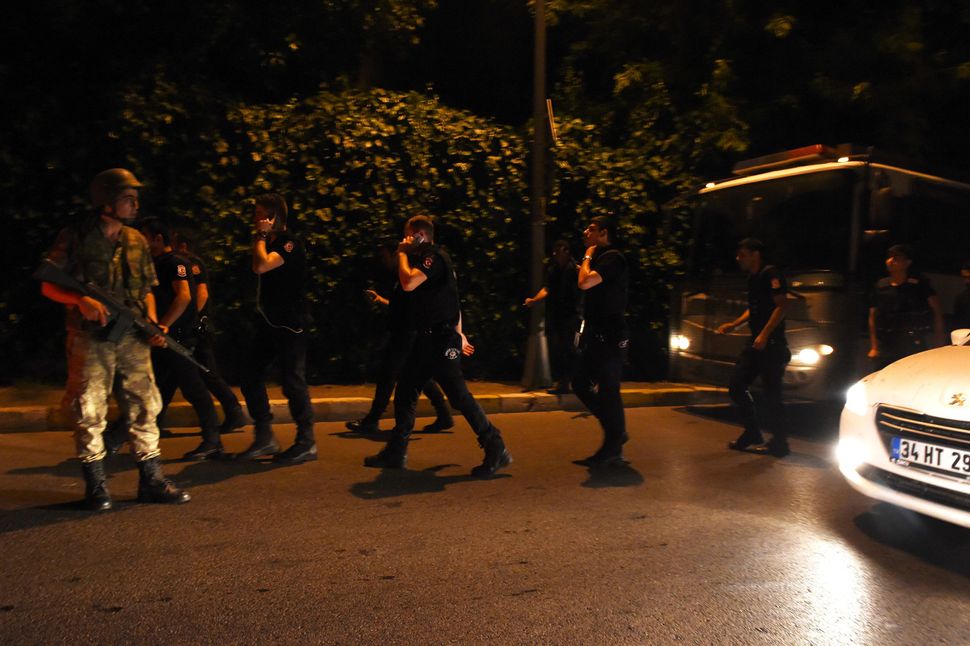 Turkish internal security officers pass a Turkish soldier on July 15, 2016 in Istanbul, during a security shutdown of the Bosphorus Bridge. Image by Getty Images

A group within Turkey’s military has attempted to overthrow the government and security forces have been called in to “do what is necessary,” Prime Minister Binali Yildirim said on Friday.

“Some people illegally undertook an illegal action outside of the chain of command,” Yildirim said in comments broadcast by private channel NTV.

Those behind the attempted coup would pay the highest price, he added.

Meanwhile, Turkey’s armed forces said they had taken power in the country to protect the democratic order and to maintain human rights.

In a statement sent by email and reported on Turkish TV channels, the military said all of Turkey’s existing foreign relations would be maintained and that the rule of law would remain the priority.

A Turkish official who did not want to be named said soldiers had been deployed in other cities in Turkey, but did not specify which ones.

Dogan News Agency reported the national police directorate had summoned all police to duty in Ankara.

Turkey and Israel signed a reconciliation deal last month after a six-year rift.

Relations between Israel and what was once its principal Muslim ally crumbled after Israeli marines stormed an activist ship in May 2010 to enforce a naval blockade of the Hamas-run Gaza Strip and killed 10 Turks on board.