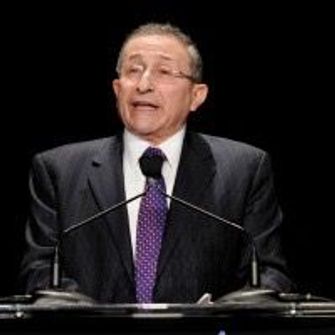 The Simon Wiesenthal Center is an international Jewish human rights organization that runs educational programs and engages in community outreach, with a mission of confronting anti-Semitism, hatred, and terrorism, and promoting human rights, the safety of Jews worldwide, and support for Israel. Founded by Marvin Hier in 1977, the Center took its name after the famed Nazi hunter, Simon Wiesenthal. Today, the Center maintains a museum in Los Angeles; offices in Jerusalem, New York, Miami, Toronto, Paris and Buenos Aires; and interacts regularly with political leaders, diplomats, and private and public agencies.

Rabbi Marvin Hier is the founder and dean of the Simon Wiesenthal Center and oversees the organization’s film division, Moriah Films, and its Museum of Tolerance. In 2007 and 2008, Newsweek named Hier the most influential American rabbi, partly for his close ties with high profile political figures. In May 2008, former President George W. Bush invited Hier to serve on the Honorary Delegation to accompany him to Jerusalem for Israel’s 60th anniversary celebration.

For information on other Jewish advocacy and public service organizations, see here.