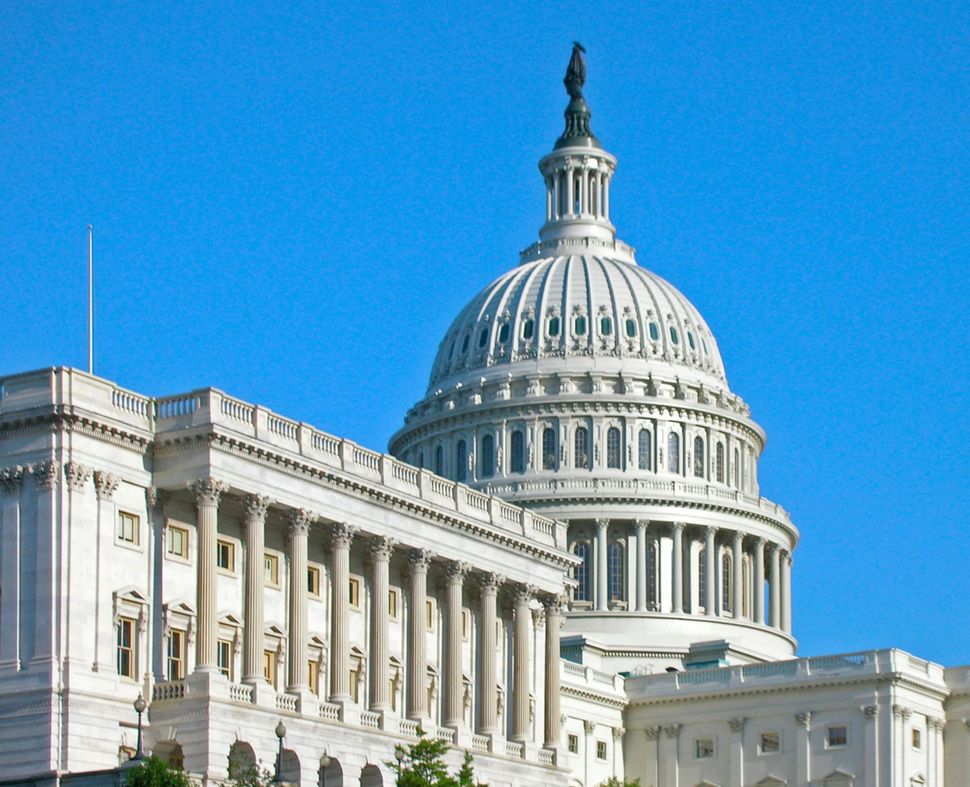 Rashida Tlaib, who won her Detroit-area House of Representatives race on Tuesday, is a history maker in more ways than one.

Not only is she the first Palestinian-American woman elected to Congress, she also supports cutting military aid to Israel and the controversial boycott, divestment and sanctions (BDS) movement.

Tlaib cruised her way to Washington, along with a handful of other progressive young candidates who have criticized Israel like Alexandria Ocasio-Cortez of Queens, Ayanna Pressley of Boston and fellow Muslim Ilhan Omar of Minnesota, who has tweeted about the “apartheid Israeli regime” that “has hypnotized the world.”

That has caused some Jewish supporters of Israel to fret about a seeming incoming wave of young Democratic politicians with hostile positions towards the Jewish state.

“Now the secret is out — the long ongoing divorce between the pro-Israel forces and the Democratic Party left gains more speed,” Democratic strategist Hank Sheinkopf told Jewish Insider on Wednesday.

But most of the pro-Israel establishment, on both sides of the J Street vs. AIPAC divide, downplayed any potential sea change. They pointed out that the newcomers are a tiny minority in the 435-seat House and will have no power to make policy, especially since the entire Democratic leadership opposes their most Israel-unfriendly stands.

Lewis pointed out that a number of other impressive candidates had also won victories, specifically citing two other young, female candidates in Michigan, Haley Stevens and Elissa Slotkin. “As I look again [at the list of winners], I see people who are strongly supportive of the U.S.-Israel relationship,” she said.

Besides, she pointed out, when it comes to maintaining strong ties to Israel, “We are going to continue to have support from Democratic leaders.”

“The Democratic victory in the House means that Elliot Engel will be chair of [the House] Foreign Relations [Committee],” she said. “He’s not going to talk about support for the U.S.-Israel relationship, he’s going to demonstrate it.” Same with Rep. Nita Lowey, who is expected to chair the Appropriations Committee — which would be the body that would theoretically have to approve cutting funding for Israel. Both are Jewish and represent heavily-Jewish districts in New York.

All of the three major Israel-related lobbies issued statements after the election claiming victory.

AIPAC said in an email: “Virtually all of the victors in this year’s election have issued position papers and statements reflecting their strong commitment to strengthening the U.S.-Israel relationship.” (Full disclosure: I interned there for a college semester.)

The Republican Jewish Coalition noted that two critical-of-Israel House candidates in potential swing districts that it had run attack ads against — Leslie Cockburn in Virginia and Scott Wallace of Pennsylvania — were defeated (though Republicans lost some key pro-Israel Congressmen of their own, including Rep. Peter Roskam of Illinois, the sponsor of the Israel Anti-Boycott Act).

And the dovish lobby group J Street said that 128 of its endorsees won (though the two candidates running for new offices who according to OpenSecrets got the most financial support from J Street members both lost — Texas Senate candidate Rep. Beto O’Rourke and Wisconsin House hopeful Dan Kohl).

In the Senate, the big picture is also largely unchanged — if anything, perhaps even better for those hoping for stronger support for Israel from Democrats.

Four Democrats who supported the Iran nuclear deal, which Israel and most major American Jewish institutions opposed, lost on Tuesday, though 17 others who supported the deal (including Sens. Bernie Sanders and Angus King, independents who caucus with the Democrats) were re-elected.

On the other hand, the three Democrats running who opposed the Iran deal also won their Senate races, as did Nevada Rep. Jacky Rosen, the former synagogue president who has said that she would have voted against the deal had she been in Congress at the time. And if Arizona Rep. Kyrsten Sinema, one of 25 House Democrats to vote against the deal, is able to come from behind in her Senate race, which is still being counted, she will add to the roster of Democrats who will work to back the interests of the U.S.-Israel alliance.

One consequence of the new divided government could be for the White House to prioritize a peace deal in the absence of any domestic legislative victories, Israeli Deputy Minister for Diplomacy and former ambassador to the U.S. Michael Oren tweeted. “After the midterm elections, the U.S. administration will have to bring results in foreign policy, which means the treaty of the century with the Palestinians will be at the forefront of the president,” he wrote.

Trump has periodically worried some pro-Israel advocates with statements indicating that Israel will have to, as he said in August, “pay a higher price” in negotiations because he already recognized Jerusalem as Israel’s capital and moved the U.S. embassy there.

House Democrats, including those who have long backed Israel’s interests, are likely to pressure the White House to undo its cuts to Palestinian institutions, through hearings or the appropriations process.

Tlaib, Omar, Ocasio-Cortez and Pressley appear likely to stay ensconced in safe House seats for a long time (though Ocasio-Cortez and Pressley’s victories over incumbent Democrats in their primaries this year raise the question of whether any seat is truly safe). But longevity does not equal success: Omar’s Minnesota neighbor, Rep. Betty McCollum, perhaps the most devoted pro-Palestinian advocate in Congress, has not been able to to succeed in her efforts to cut off aid to the Israeli Defense Forces — though the number of Democrats who have sponsored her bills, while still quite small, has grown.

Moreover, outspoken progressive Democrats who have been willing to buck the pro-Israel party line fell short in more competitive races. Most notably, O’Rourke, one of only eight members of Congress to vote against emergency funding for Israel’s Iron Dome missile defense system during its 2014 Gaza War, lost to incumbent Sen. Ted Cruz. He, along with other left-wing figures like Wallace and Cockburn, the House candidates bashed by Republicans for their criticisms of Israel, were on a “watch list” of unapologetic leftists running in competitive races created by the prominent progressive activist Sean McElwee. Nearly everyone on the list lost.

This failure has dismayed many on the left.

“The place where the Democratic Party has a downfall is that the same people who will support refugees and criminal justice reform then support, for example, the state of Israel,” Linda Sarsour, the controversial pro-BDS co-chair of the Women’s March, said during election coverage on the leftist news show “Democracy Now!”

“If you’re not willing to go all the way progressive, you’re just not going to win against Donald Trump in 2020,” she added.

But for Lewis, the notion that Democrats who want to win must condemn Israel is baffling.

“There’s absolutely nothing that happened in yesterday’s election that suggests that younger voters, who voted overwhelmingly for Democrats, were holding back because of issues around Israel,” she said. She pointed out that the Israeli-Palestinian conflict was nowhere near the top issue for most voters — indeed, according to NBC’s exit poll,, 96% of voters cited either healthcare, immigration, the economy or gun policy as their top concern.

“I’m not concerned. I take politics seriously, and I’m Jewish, so I worry, but I think we can look at these results and say, right now, we’re okay,” she said. “The things people have been worrying about and predicting for years have not come to pass – and if we keep working, they won’t come to pass.”