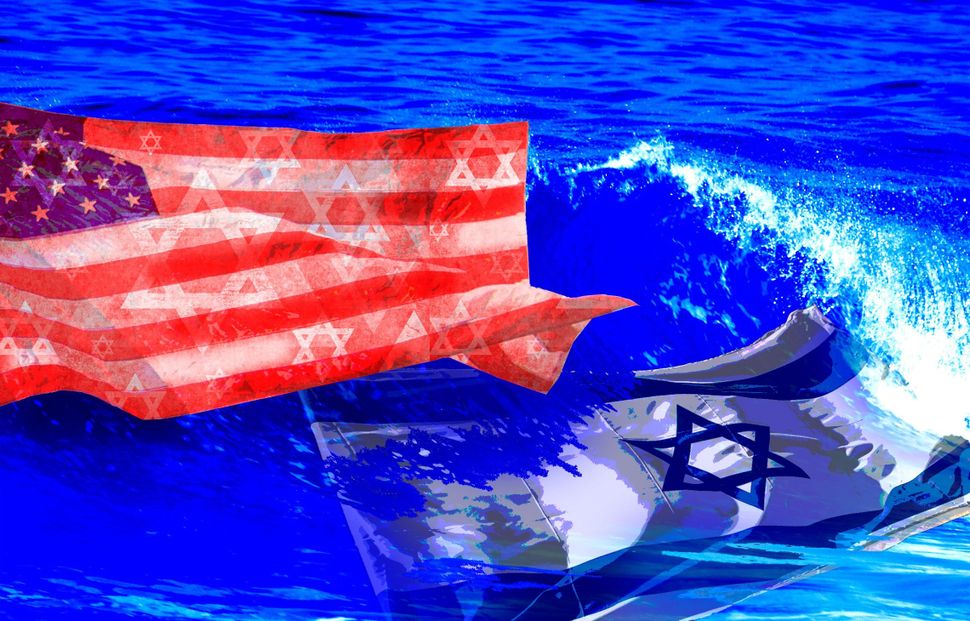 The United States midterm elections did not quite yield the much-anticipated “blue wave” that Democrats had hoped for. The Democrats flipped just enough seats to take back the House of Congress, while losing their most high-profile races, including Beto O’Rourke’s race in Texas and Andrew Gillum’s in Florida (Stacey Abrams in Georgia has not yet conceded).

Still, Tuesday night was a big night for women of color, many of whom made history.

These are not only wins for these women and the minority communities they represent. They are wins for American Jews.

This is true despite the fact that some of these women have been criticized for being openly critical of Israel.

Omar once tweeted the ugly sentiment that “Israel has hypnotized the world,” though she has since steadfastly supported a two state solution. And after endorsing a two state solution to the Israeli-Palestinian conflict, Ocasio-Cortez backtracked in response to pressure from the left. Similarly, Tlaib began her race with an endorsement from J Street, which was rescinded after she came out in favor of withdrawing aid from Israel and supporting a one state solution in which Palestinians and Israelis belong to the same nation state.

And yet, the wins of these women of color are wins for our community not despite their criticism of Israel but because of it. For it’s simply not the case that the American Jewish community is willing to supply Israel with unconditional support anymore.

After 50 years of leaning heavily on Israel as a marker of who we are, defining ourselves as “pro Israel” and not much more, the American Jewish community is asking itself for the first time in half a century: What does it mean to be a Jew in America?

It was the horrific massacre in Pittsburgh that finally supplied the answer: Despite all our privilege, we are still a minority. And as such, the wins of other minorities — and the wins of liberal democracy — are ours.

For a few years now, the American Jewish community has engaged in a reevaluation of its relationship with Israel, questioning the extent to which Israel deserves unconditional support in light of its increasingly tenuous commitment to liberal democracy.

There’s the entrenched and brutal occupation of the Palestinians in the West Bank and the deprivation of their civil rights; the iron-fisted reign of the ultra Orthodox over matters of personal status and prayer at the Western Wall; and the increasing and explicit commitment to ethnocentric nationalism, most recently expressed by a “Nation State bill” which, at least symbolically, elevated the status of Jews and demoted the status of minorities in Israel.

For the past few years, these features of Israel have put the American Jewish community in a tough position; the vast majority of American Jews are liberal Zionists who support Israel but not its occupation of the Palestinians.

That tension at the heart of the American Jewish community has only been heightened by the Trump Administration, who most American Jews do not support despite Trump’s extreme support of Israel. In just two years, Trump moved the embassy to Jerusalem, withdrew all aid from the Palestinians, and scuttled the Iran deal.

This tension between Israel and the American Jewish community has American Jews reevaluating not only their relationship with Israel, but their very identity as a community.

This has never been more true than after the massacre in Pittsburgh. The American Jewish community is still reeling from events of October 27, when Robert Bowers walked into the Tree of Life synagogue in Pittsburgh, taking 11 lives as well as the feeling of safety that many Jews felt was part of their American birthright.

It was a stark reminder that at least to the murderous white nationalists in this country, we are still a minority.

More stark of a reminder was the love and support that came flowing out of other minority communities in America, especially the Muslim and black communities.

Black churches across the country held vigils and stood in prayer with us. So did Muslim communities, who also raised over $200,000 for burials for the victims.

Less supportive was Israel. From Israeli Ambassador Ron Dermer’s disastrous interview repeating Trump’s “both sides” phrase, to Naftali Bennett’s appalling statement that he’s “not sure there’s a surge of anti-Semitism in the United States,” to Israeli opposition leader Avi Gabbay’s outrageous suggestion that the shooting should encourage American Jews to move to Israel, Israel’s representatives shocked, appalled, and angered American Jews grieving for their loss.

Most shocking was the astounding decision made across the board to defend President Trump, who many American Jews saw as the killer’s catalyst. It was the fact that Jews helped immigrants — demonized by the President — that sent Bowers over the edge. Yet just days later, Trump again suggested absent evidence that George Soros could be behind the asylum seekers making their way to the border.

And yet, from Netanyahu to Dermer to Bennett, there was a single-minded decision to stand by Trump – the man most American Jews view as the stoker-in-chief of the flames of racism.

Meanwhile, it was African and Muslim Americans who had our back and stood beside us.

Pittsburgh gave us an old-new answer to the question of “What does it mean to be an American Jew?”

It means to be a minority.

But Jews are not just any minority. One the one hand, we are a minority with a distinct religious and ethnic makeup; and yet, unlike other American minorities, we have complete equal rights. We are not only tolerated; we are cherished. Police officers run into the line of fire to save us — literally. An entire country mourns with us.

Not all minorities in America are this lucky. Muslim Americans continue to be profiled by the police, while the civil rights abuses against the black community are legion.

But we Jews are the proof that liberal democracy can work, that a minority can be granted full and equal rights, due process, and equality before the law. We are the proof that with enough work by those like us who have privilege, everyone in America will one day have what we do.

Our status in this country should not be judged by the actions of one deranged man, but rather by how the rest of the country responded. And it responded with an outpouring of love and a commitment to our safety.

And it is this exact issue — the civil rights of minorities — that is separating us from Israel.

For in suggesting we move to Israel, Gabbay was ironically reinforcing the idea that minorities cannot be safe in countries where they aren’t the majority. It’s an idea that unites Netanyahu (remember his comment about “Arabs voting in droves”) with some of his ethno-nationalist fans, like Hungary’s racist premier, Viktor Orban, and Brazil’s racist president-elect, Jair Bolsonaro, and President Trump.

Ethno-nationalism is built on the exact opposite principle to that of liberal democracy. Ethno-nationalism protects the majority over the minority. Like Israel’s Nation State bill, it specifies the rights and privileges of the ethnic majority at the expense of those of a different faith, ethnicity, or race.

But as Americans, we believe that we are augmented by our differences – e pluribus unum; and we Jews are a living, breathing testament that that belief can become a reality.

What Pittsburgh showed us was that the divide between American Jews and Israel is not incidental to who we are. Israel is abandoning the very thing that we American Jews have come to symbolize here in the United States.

Because this is our legacy, it is our job to fight tirelessly for other minority communities to have the same rights we do — both here and in Israel.

That means supporting women of color when they are elected office. And it means supporting legitimate criticism of Israel (Omar’s words about how Israel “hypnotized the world” do not fall in this category, and she should apologize for them).

We are far from a situation in which Israel no longer has the support of the United States Congress. A few politicians voicing support for the Palestinians wont have that much influence. But it may just remind Israel that the millions of Jews who live in America do so as a minority, and how much a minority community can thrive when the country it calls home is committed to liberal democracy.