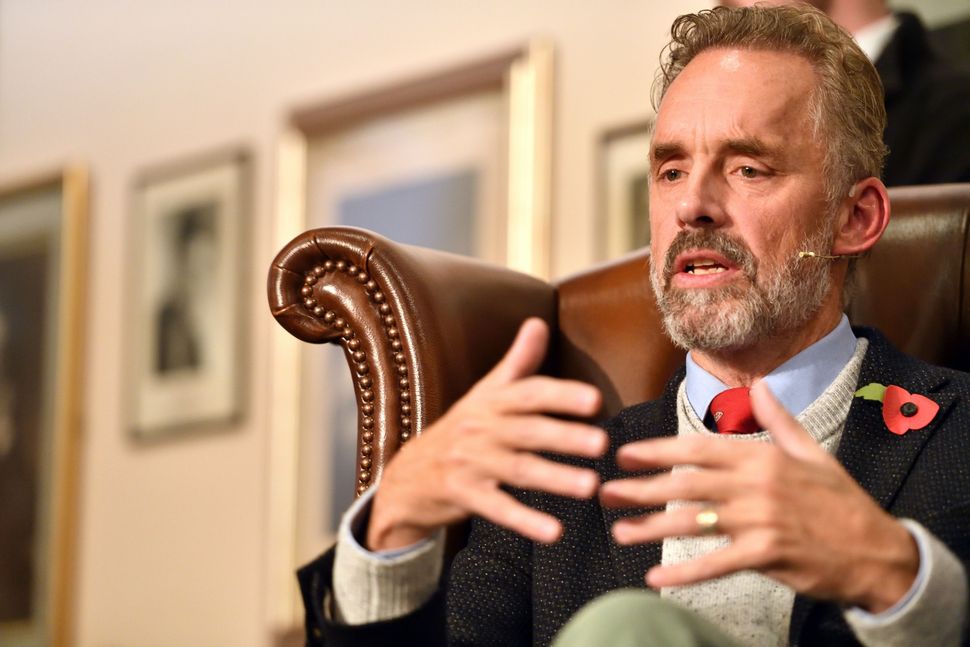 Last month, the Canadian psychologist Jordan Peterson announced that he would be launching a new social media hub called Thinkspot. Peterson described the site, which he has said will go live in August, as a kind of “anti-censorship platform” that will operate as an alternative to crowdfunding services like Patreon and other outlets including YouTube and Twitter — all of which have banned white supremacist users and others associated with the far-right.

In a recent episode of his podcast, Peterson, the best-selling author of “12 Rules for Life: An Antidote to Chaos,” laid out Thinkspot’s permissive terms of service. “The central issue with the terms of service will be that once you’re on our platform we won’t take you down unless we’re ordered to by a U.S. court of law,” Peterson said. “That’s basically the idea.”

Yet it is unclear if Peterson will be able to foster civic discourse, or if the site will become another hotbed of extremism akin to such platforms as Parler or Gab. Parler, which was launched last year as a sort of libertarian social media service, has since been overrun with bigots. Gab, the social media platform created in 2017, is a redoubt of neo-Nazis, white nationalists, conspiracy theorists and other “alt-right” figures who have been ostracized from mainstream platforms.

“The people who come to these platforms are those who have been largely suspended or unable to use traditional social media,” said Jared Holt, an investigative reporter for Right Wing Watch, a project of the liberal advocacy group People for the American Way. “I think because of that, you’re going to run into some of the same issues that places like Gab and other alternative social media websites have run into.”

Peterson, whose views on masculinity, free speech and other issues have earned him admirers on the left and right, was not available to comment for this article. His publicist told the Forward in an email that the aspiring social media entrepreneur “is not doing press at this time.”

The Forward surveyed a number of extremists, including white nationalists and pro-Trump agitators, and found that they were considering using Thinkspot.

“I am open to using any platform that is brave enough to allow me to share my journalism and true facts with the public,” said Laura Loomer, the right-wing provocateur who describes herself as an “anti-Islam journalist.” “I do not currently have an account with Thinkspot,” added Loomer, who was permanently banned from Twitter last year, “but that does not mean I will not consider it in the future.”

Still, some were skeptical that Peterson would stay true to his promise not to ban users.

The neo-Nazi blogger Andrew Anglin, who is currently in hiding as he evades a series of lawsuits, two of which have already put him $18 million in the red, told The Forward in an email that he would join Thinkspot.

“I will sign up for Jordan Peterson’s thing of course, and will be banned for some inane reason,” said Anglin, who was banned from Twitter in 2015 but is currently operating at least one anonymous account on the platform, according to a source. “But it will be necessary to sign up and be banned to prove the point.”

Peter Brimelow, the founder of the white nationalist website VDARE, suggested that he was thinking about joining Thinkspot. “We’re all looking at alternatives,” he said, adding that “Peterson may be too much of a wimp to let us on.”

In an email, Kevin MacDonald, a former professor of psychology at California State University, Long Beach, whom the Southern Poverty Law Center has described as the “neo-Nazi movement’s favorite academic,” told The Forward that he might sign up.

“Maybe I should try to get on it just to see how he’d react,” said MacDonald, who has publicly sparred with Peterson. “He’s not exactly a fan of my work.”

Jared Taylor, the founder of the white supremacist web magazine American Renaissance who is banned from Twitter, said that would most likely join as well, though he speculated that “Thinkspot will probably attract only dissidents and could become a ghetto.” When asked to define what he meant by “dissidents,” Taylor replied: “Anyone who rejects egalitarian orthodoxy.”

Thinkspot will start out in beta form as an invitation-only platform, Peterson said on his podcast, and the site is currently asking potential users to join a waiting list. Peterson has recruited a roster of all-male users who will serve as the site’s first beta testers, including Dave Rubin, James Altucher, Jocko Willink, Michael Shermer and Carl Benjamin, the British conspiracy theorist known as Sargon of Akkad, who has been banned from Patreon.

“We’re hoping that we’ll be able to pull people who are interested in intelligent conversation, specifically, into this platform,” Peterson said of the site, which will also function as a subscription service that will allow users to monetize their content.

Peterson himself has a track record of effectively monetizing his own content. According to his website, he had 10,000 Patreon subscribers before he left the service in January as an act of protest against the platform’s banning of certain users. The celebrity intellectual now solicits donations, including Bitcoin, directly on his website.

Peterson has said that Thinkspot will take measures to tamp down trollish behavior. For instance, the site may require minimum comment lengths of 50 words in an effort to encourage more thoughtful interactions. “Even if you’re being a troll, hopefully you’ll be a quasi-witty troll,” Peterson said.

Despite such measures, Peterson might struggle to prevent his site from becoming another online hangout for trolls and extremists.

“My personal opinion is that Peterson might be trying to punch above his weight,” said Holt, the Right Wing Watch reporter. “He could potentially be getting into something that goes out of control very quickly if it’s not handled with the right amount of attention and finesse.”