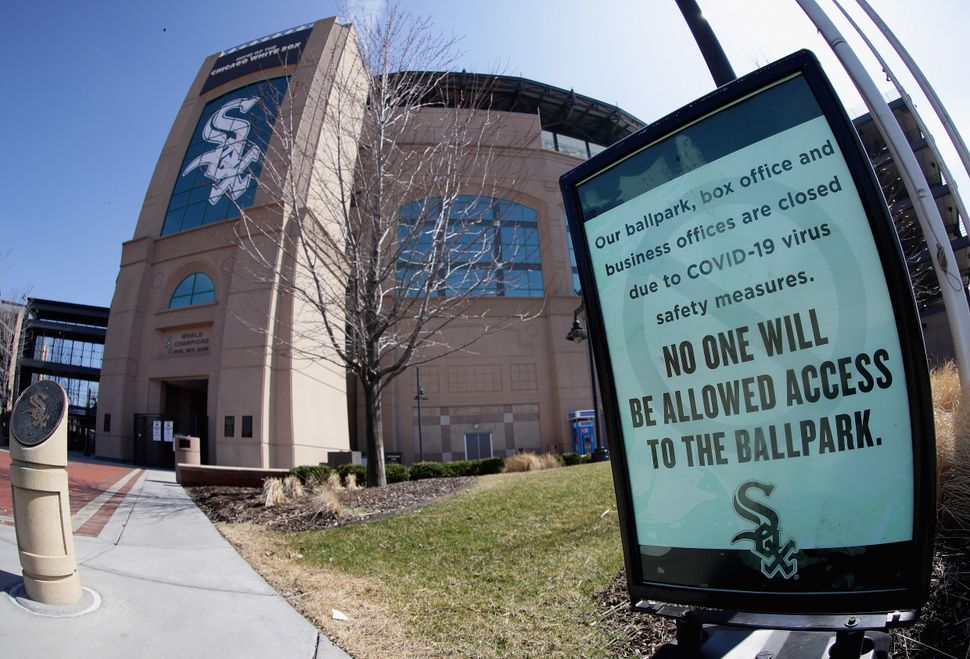 A general view of Guaranteed Rate Field where the Chicago White Sox were scheduled to open the season tomorrow against the Kansas City Royals on March 25, 2020 in Chicago, Illinois. Major League baseball has delayed the season due to the COVID-19 crisis. (Photo by Jonathan Daniel/Getty Images) Image by Getty Images

The upside of tough times is that you learn on whom you can count, sometimes in unanticipated ways. Those who already knew Gov. J.B. Pritzker of Illinois may have not been surprised by his decisive, compassionate leadership during the coronavirus crisis, or by his willingness to take on President Donald Trump while seeking vital supplies, but others had lower expectations.

Pat Quinn, Blago’s lieutenant governor, had good intentions but was overmatched. And Bruce Rauner approached budget negotiations in a manner reminiscent of the old National Lampoon cover, “If You Don’t Buy This Magazine, We’ll Kill This Dog.” Having a responsible grown-up in charge has been a refreshing change of pace.

Plus, Pritzker, one of the nation’s two Jewish governors, knows the meaning of tikkun olam.

When I was a Chicago Tribune reporter, I’d found Pritzker, scion of the Hyatt Hotel family fortune, knowledgeable and thoughtful. He had founded the Chicago-based digital-startup incubator 1871 and had a strong track record of philanthropy, having spearheaded the creation of the Illinois Holocaust Museum and Education Center. A Democrat, he was a national campaign co-chair for Hillary Clinton in the 2008 primary before supporting Barack Obama in the general election.

Yet when Pritzker, now 55, entered the 2018 governor’s race with lots of money and zero experience as an elected official, I wasn’t the only Illinoisan to emit a weary sigh. There was already a businessman with no prior elected experience in the White House. And Rauner, the Republican incumbent, was a rich private-equity businessman who’d also never previously held public office, and spent his term as governor acting like “govern” wasn’t part of the job title.

Pritzker was an even richer businessman who wound up sinking a record $171 million of his own money into his campaign.

But Rabbi Seth Limmer of Chicago Sinai Congregation, where Pritzker is a member, said his approach always has been collaborative and results-driven. Soon after winning the election, Pritzker started hosting social hours for Republicans and Democrats in the state capital.

“When those relationships are there,” Limmer said, ”they bear fruit.”

Maybe that explains the strange thing that happened after Pritzker took office: He disappeared from the headlines. The state had gone more than two years without a budget under Rauner. 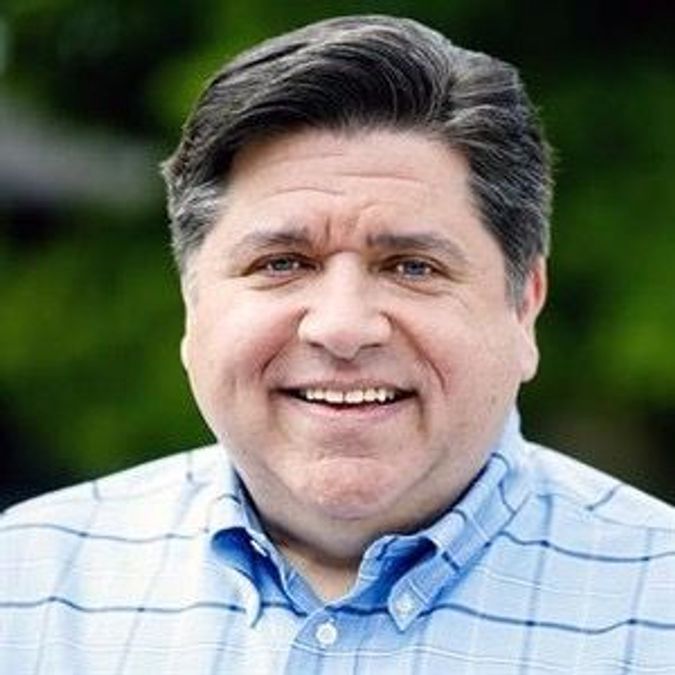 Under Pritzker, a bipartisan, balanced one passed with no drama. He quietly signed many other significant pieces of legislation, including marijuana legalization and a proposed constitutional amendment to replace the state’s flat income tax.

Then came the novel coronavirus.

Pritzker took quick, sometimes startling action. On March 12, with our state’s case count at 32, he banned gatherings of 1,000 or more people.

The next day he ordered the state’s schools closed as of March 17 — and took some heat for not postponing the March 17 Illinois primary election. He issued the state’s stay-at-home order on March 20, the same day as Gov. Andrew Cuomo of New York, and renewed it Tuesday to last through April 30.

Chicago Mayor Lori Lightfoot, who was concerned about public-school students’ access to childcare and meals, had been pushing to keep the schools open, yet this played out like two adults having a reasonable disagreement, not two kindergarteners feuding on a playground. Some sided with the mayor, but few now argue that the schools should have stayed open longer.

And in the weeks since Pritzker and Lightfoot have been a formidable, unified team in the fight against COVID-19. In their daily briefings, they come across as the teddy-bearish concerned dad and the stern mom who let you know they aren’t messing around. The explosion of “Where’s Lightfoot” memes, which show the no-nonsense mayor popping up all over the city to enforce social distancing, have provided welcome comic relief.

As of Tuesday, Illinois had almost 6,000 known coronavirus cases, including more than 900 added that day, and 99 deaths.

Plans are underway to convert the McCormick Place convention center into a 3,000-bed hospital. And Pritzker was pushing to obtain personal-protection equipment, after revealing that the White House had sent a shipment of substandard masks.

“What they sent were not the N95 masks that were promised, but instead were surgical masks,” he said on CNN.

The governor had already tangled with President Trump, who tweeted on March 22 that Pritzker “and a very small group of certain other Governors…shouldn’t be blaming the Federal Government for their own shortcomings.”

.@JBPritzker, Governor of Illinois, and a very small group of certain other Governors, together with Fake News @CNN & Concast (MSDNC), shouldn’t be blaming the Federal Government for their own shortcomings. We are there to back you up should you fail, and always will be!

Pritzker responded at his next press conference, “I’m a pretty even-keeled guy, but even I’m finding it hard to contain my anger with Donald Trump’s response to this national crisis.

“I have doctors and nurses and first responders begging for masks, equipment and more tests,” he said. “Apparently the only way to get the President of the United States to pay attention is to go on national television and make noise about it, which I won’t stop doing until we get what we need.

“This is a time for serious people, not the carnival barkers that are tweeting from the cheap seats. All I can say is get to work or get out of the way.”

Spiritual leaders who have known Pritzker say this moment, and this role, has tapped his Jewish core.

“There’s a real neshama about him, a Jewish soul, that represents values that seem to animate everything that he does,” said David Saperstein, the Washington, D.C.-based president of the World Union for Progressive Judaism and the rabbi who performed Pritzker’s and Mary Muenster’s marriage and his children’s b’nai mitzvot.

Lonnie Nasatir, president of the Jewish United Fund, said Pritzker has “always had this yearning for public service.”

“As stressed as he probably is, there’s a part of him that probably feels glad that he’s able to help in a real direct way during a time of immense crisis,” Nasatir said. “I have reached out to him several times during this crisis to say that the community is behind him and proud of his leadership.”

Speaking at the Reform movement’s biennial conclave in December, Pritzker affirmed the Jewish roots of his work.

“The values that my parents instilled in me,” he said in welcoming the convention to Chicago, “taught me that standing up for the powerless, for those who have been left out and left behind, is the most crucial contribution that I can make.”

Little did he know how soon those values would be put to a test that grows more critical with each passing day.