Crunching the numbers: What the ADL’s annual anti-Semitism audit means for you 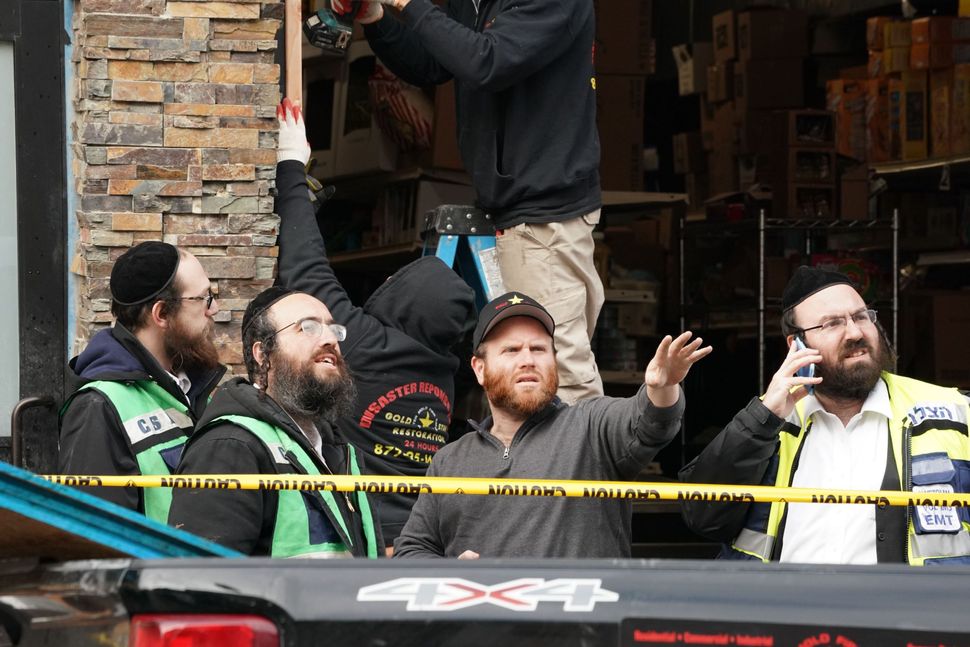 The Anti-Defamation League released its annual audit of anti-Semitic incidents on Tuesday. The watchdog group documented 2,107 anti-Semitic incidents to have taken place in 2019 – a 12% increase from the previous year and the highest number on record since the organization began tracking such incidents in 1979. Here are some of the key takeaways:

Only 2% of the incidents compiled by the ADL involved assaults or other physical attacks, but they included some of the deadliest anti-Semitic events of recent years, including the Poway, Calif. synagogue shooting in April, the Jersey City, N.J. kosher supermarket massacre in December and the Hanukkah party machete attack in Monsey, N.Y. just before New Year’s Eve. The ADL found 61 total anti-Semitic assaults in 2019, a more than 50% increase over the previous year.

The ADL also found that the growth in the number of assaults was larger than the growth in harassment or vandalism. This squares with the most recent FBI data, which indicated that from 2017 to 2018, anti-Semitic hate crimes grew likelier to be violent in nature.

Anti-Semitism is everywhere, but there are hot spots

The ADL logged at least one anti-Semitic incident in every state but Alaska and Hawaii. While the number of incidents per state was usually correlated with the state’s overall Jewish population, there were some outliers. New York only has around a quarter of America’s Jewish population, according to the Jewish Virtual Library, but the ADL found that more than half of all anti-Semitic assaults took place there. A spate of physical attacks on Orthodox Jews in Brooklyn began in 2018 and accelerated the following year, leading to what the New York Police Department described as historic levels of anti-Semitic hate crimes.

Additionally, the number of incidents in Colorado was around double the amount that would be expected given the size of the state’s Jewish community. However, while the ADL’s data collection is wide, it is not perfect – it relies on news reports, law enforcement records and tips given to its offices around the country, so it’s possible that states could be over- or under-represented depending on local factors.

The victims – and the perpetrators – aren’t always who you think

The report found that for the second year in a row, only 13% of all incidents were perpetrated by extremist groups or people known to be motivated by extremist ideology. While the number of total extremist incidents continues to grow, it also means that 87% of anti-Semitic incidents were conducted by people with no known extremist connections. While the actual number might vary slightly, this is “a consistent finding over the years,” ADL vice president Oren Segal tweeted Tuesday. “Antisemitism is not the sole domain of extremists.”

Another possibly surprising finding: The ADL found that campus anti-Semitism actually declined in 2019 for the second year in a row, amid longstanding parental concern about anti-Semitism on college campuses. Additionally, despite the often-angry debates about the Israeli-Palestinian conflict that are frequent at many schools, only around 20% of campus anti-Semitic incidents involved references to Israel or Zionism. By contrast, more than a third of campus incidents involved swastika vandalism.

However, the ADL did find an increase in anti-Semitic incidents at non-Jewish K-12 schools, including several incidents of Nazi vandalism and anti-Semitic social media memes – such as a Nazi-themed prom proposal and Holocaust-themed beer pong.

The impact of the novel coronavirus on anti-Semitism in the United States is yet to be determined. On the one hand, with so much of the country stuck at home, crime rates have dropped, so it’s likely that anti-Semitic hate crimes would also be declining – despite the efforts of some trolls and anti-Semites to disrupt synagogues and other Jewish institutions with “Zoombombing.”

However, the ADL has also warned of rising anti-Semitic rhetoric blaming both the coronavirus pandemic and the ensuing economic crash on the Jews.

Moreover, the November election could exacerbate things. ADL data shows that, other than during times of war in Israel, anti-Semitism in the United States was relatively flat for decades – that is, until the presidential campaign heated up in 2016, leading to a historic, years-long rise in anti-Semitic incidents. It’s plausible that any possible outcome to the Trump-Biden contest could give more of an opening to hateful rhetoric and actions.

Crunching the numbers: What the ADL’s annual anti-Semitism audit means for you