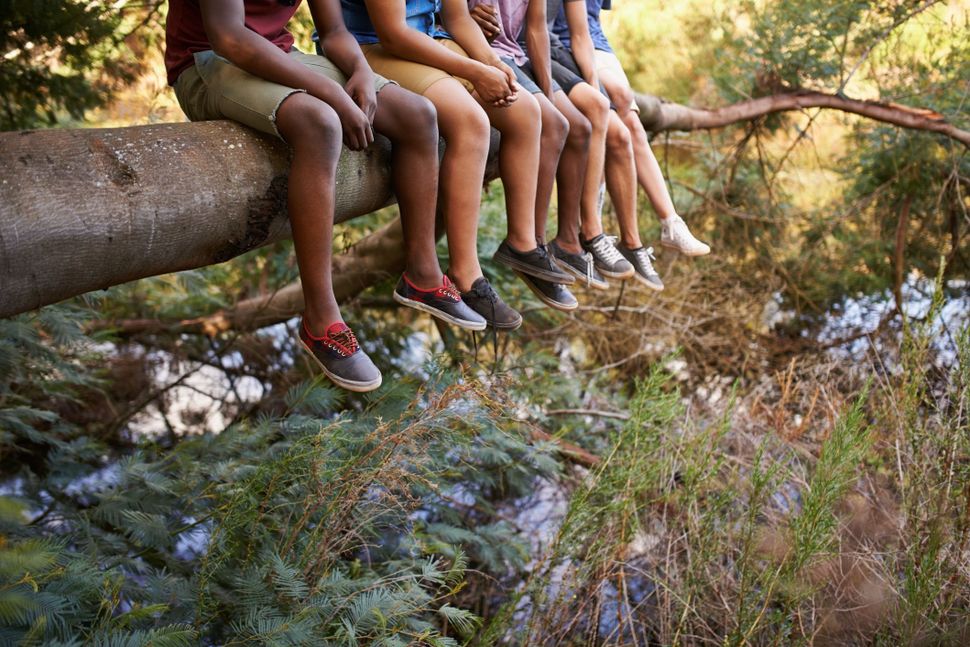 Many of the most prominent Jewish summer camps in America have announced that they will not be operating this summer, or have privately admitted that opening will be close to impossible.

But there is another segment of the Jewish camping world that’s still holding out hope: for-profit camps that attract a heavily Jewish clientele but are technically secular. Many of them have said that they’re still planning on opening up camp, at least partially, and have formulated detailed plans to do so.

Camp Wah-Nee in Connecticut, for example, sent an email to parents earlier this month saying that camp could conceivably happen under stringent conditions. All camp families will have to have a “total lockdown” for the 14 days before the campers come to camp. The facility will be locked down, a procedure they’re calling “Wah-Nee Island”: no field trips, no Visiting Day, no staffers leaving town on days off. They won’t even accept mail or care packages.

“No one can make a guarantee or promise that any disease or virus will not find its way to any camp, just like at home,” camp owners Dave and Donna Stricker wrote in the email. “We also know that staying at home is no guarantee of safety, and what will [kids] really be doing while home? It will be safer at camp by a long shot, and will return them to some sense of a real social life, with friends and lots of fun.”

Around 80,000 campers attend a Jewish sleepaway camp each year, according to the Foundation for Jewish Camp. But that’s only a fraction of the total number of Jewish kids who go to summer camp. Many avail themselves of camps affiliated with their local YMCA or Scouts troop. Others attend independent camps, which are usually run as businesses. Some of those camps, particularly in the Northeast, even have a majority Jewish population, though nothing in their daily schedule or on their publicity materials would indicate them as such. Some of them still include Jewish rituals, like Shabbat blessings, as part of camp life.

Camp directors around the country have expressed concerns that not having a summer season could cripple them financially. In response to the crisis, non-profit Jewish camps have dramatically stepped up their fundraising, supported by initiatives like the Harold Grinspoon Foundation’s $10 million donation match program. Many of the Jewish camps are also affiliated with larger institutions, like the Union for Reform Judaism or a local Jewish Community Center, which could help them shoulder the financial burden. (Though the camp decision can also have reverberations on the larger entity — the URJ announced a 20% workforce reduction on Wednesday, two weeks after cancelling camp for some 10,000 campers).

However, unlike explicitly Jewish camps, which are almost all not-for-profits, camps like Nee-Wah that are run as businesses cannot as easily rely on donations to keep them financially afloat — though a few, including Timber Lake Camp in New York’s Catskills region, have affiliated charities.

Camps are doing everything in their power to keep camp open – both for financial reasons, but also because they believe in the benefits that camps provide to children. Parents and campers, too, are hoping for some way for camp to open safely – though while many American parents, including most within the Jewish community have accepted that safely doing so will be impossible, not everyone is willing to give up.

Timber Lake Camp CEO Jay Jacobs, who is also the chairman of the New York State Democratic Party, told CNBC last week that his camps could still be operational with lockdowns on travel and temperature checks upon entry. “In resident camp, in sleepaway camp, certainly you can create a protected environment,” he said.

Notably, nearly every Jewish summer camp – both those that have cancelled and those that are still in waiting mode — have a link on the home page of their website explaining their coronavirus plans and procedures. Timber Lake Camp, Camp Wah-Nee and several other secular for-profit camps known to have large Jewish populations have no such information on their home pages. Timber Lake Camp and Camp Wah-Nee were not immediately available for comment.

Ultimately, the decisions to open camp will come from health officials. The top health official in New York’s Sullivan County, in the Catskills, has said that she’s opposed to any camps operating this year. But as the New York Post reported, a group of more than 50 directors of Orthodox Jewish summer camps wrote an open letter to county officials asking McGraw to revise her stance, claiming that their facilities would be run under a “full and complete lockdown.”

One difficulty facing both camps and local health officials: Guidance does not appear to be coming from the federal government. According to JTA, the Centers for Disease Control and Prevention had told summer camp industry leaders to expect guidance weeks ago, but their advice has not been officially released because the Trump Administration blocked it. A leaked version of the guidance acquired by the Associated Press last week indicated that camps should only admit campers who live in the vicinity.

Just like their not-for-profit counterparts, for-profit camps have had both successes and failures in accessing federal coronavirus relief funds. The camps run as businesses have less familiarity with fundraising, but they likely have easier access to banks or other sources of funds necessary to make camp as safe as possible should they reopen. At Timber Lake Camp, for example, tuition can run to nearly $14,000 and the camp features amenities like a robotics lab and a heated Olympic-size swimming pool.

Jacobs, the camp’s CEO, told The New York Times last month that he planned to buy coronavirus testing equipment to monitor the staff and children. “That’s just the cost of doing business and running a safe camp,” he said.